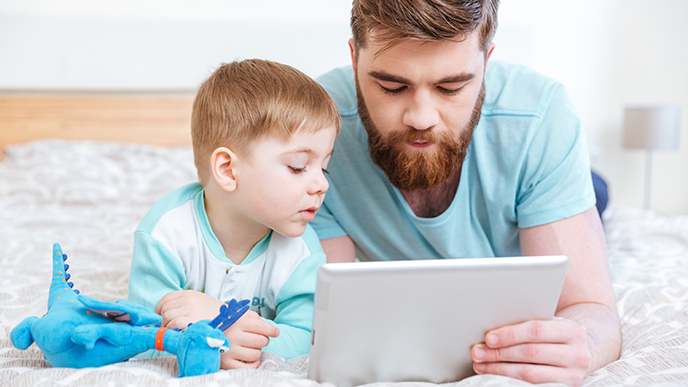 Amazon launched its FreeTime Unlimited subscription service back in 2012, giving families unlimited access to over 10,000 kid-friendly books, movies, television shows, educational apps, and games for a single monthly price. The service came to Android in 2017, and now, as TechCrunch reported, it’s finally available on iOS.

Apple and Amazon haven’t always gotten along in the past. For a time, Amazon refused to sell Apple TV products as they were in direct competition with Amazon’s own Fire TV products, but that spat ended late last year. TechCrunch pointed out Amazon also doesn’t sell books and movies in its own iOS app so Apple can’t take a cut of its sales. With these issues, it’s not surprising the app would take a while to launch on iOS.

The FreeTime Unlimited app features content from Disney, PBS Kids, Nickelodeon, and Amazon Originals, among others. Parents can create a separate profile for each child and set age ranges for their kids so they each receive a personalized experience. Parents can also review each child’s in-app activity over the past 90 days. Finally, the app includes Discussion Cards to inspire parents to chat with their kids about the content they watch.