Paper Mario The Origami King: How to Get the Toad Radar 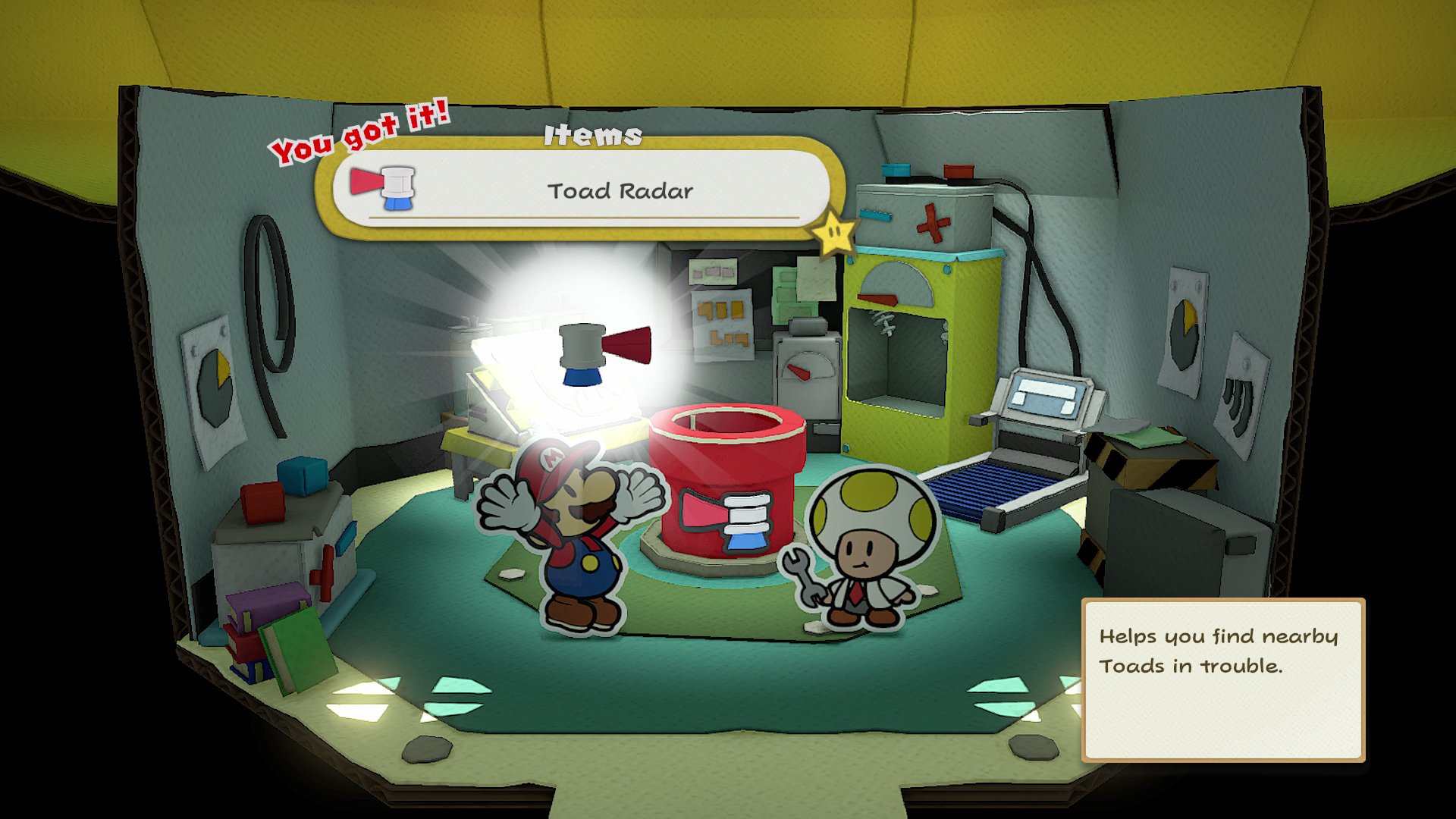 In Paper Mario: The Origami King, you’re challenged to remove paper streamers from Princess Peach’s castle, which were placed there by the evil King Olly, a villain who wants to refold the world into origami!

Once you clear the first streamer from the castle, you’ll unlock access to the Sensor Lab and a special item called the Toad Radar, which can help you find hidden Toads as you play.

Here’s how to collect and use the Toad Radar! First, head to the Sensor Lab in the Picnic Road area (it was previously blocked by the red streamer).

When you first enter the Sensor Lab, you’ll need to rescue the yellow researcher Toad, who has been folded up and is resting on top of the fax machine. After you do, he’ll give you the Toad Radar and ask you to complete a few tests to see how it works.

While the Toad Radar is an incredibly helpful item, it also comes with a catch: it has a limited amount of battery that will run down automatically when the device is in use (while it’s on top of Mario’s head). You can turn the Toad Radar on and off by heading into the game’s Items menu.

You can recharge the Toad Radar battery by using the machine near the back of the Sensor Lab. This process requires coins to complete.

Even though the Toad Radar can help you track down hidden Toads, actually collecting all of the Toads in the game will still take you quite a bit of time. That being the case, you may want to check out the ChargePlay Clutch from HyperX. It can extend your Switch’s battery life so that you can play the game for longer before needing to charge your device. Head over to HyperX’s website to learn more about the ChargePlay Clutch and the company’s other Switch products.