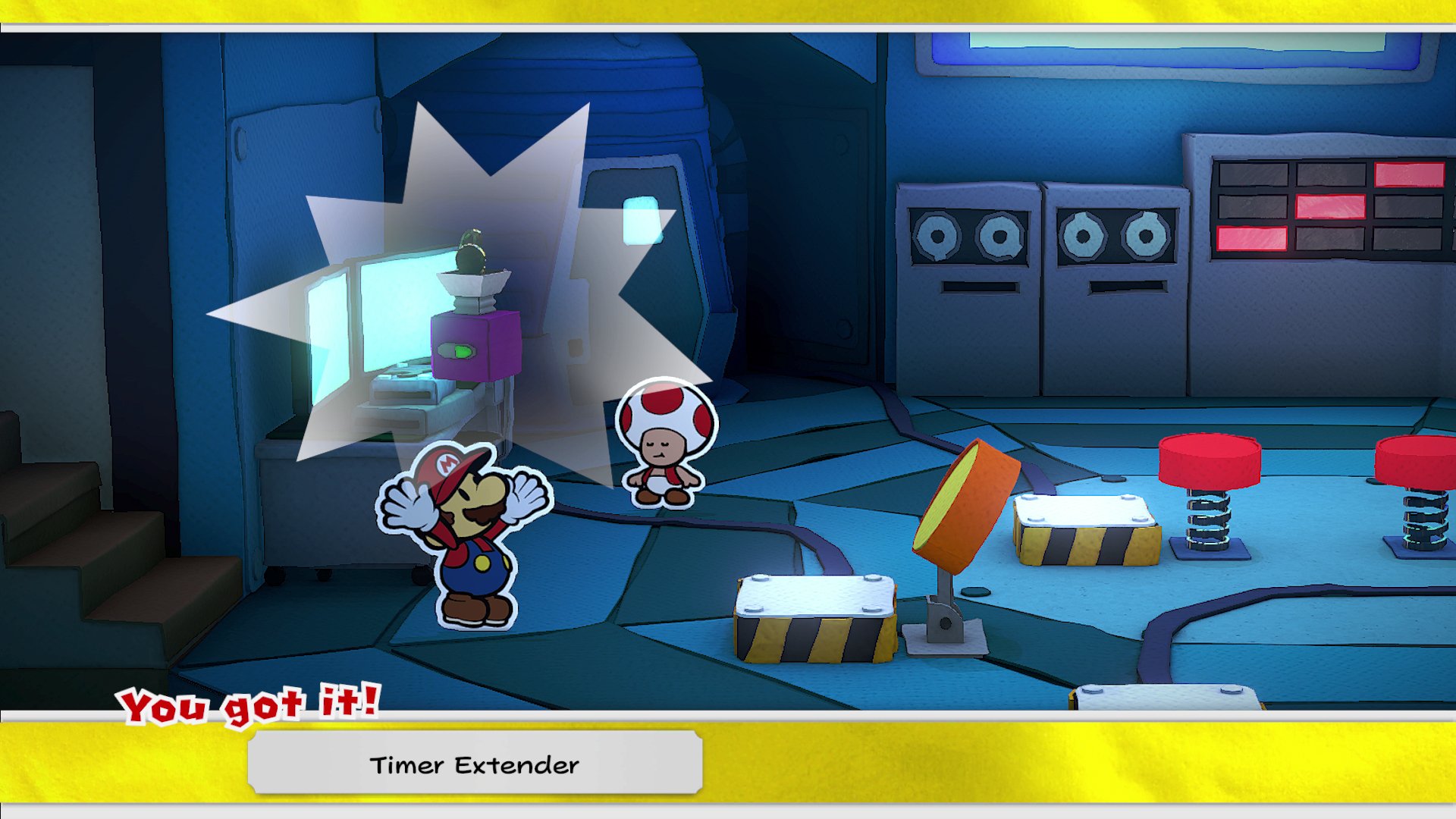 In Paper Mario: The Origami King, you’re challenged to defeat enemies in a unique ring-based battle system that asks you to move the rings on the field to line up enemies in the proper formations before attacking.

These battles are more like “puzzles” than random encounters, and you have a limited amount of time to find the “solution” to each puzzle before attacking. There are multiple ways to add more time to the clock. For instance, you can manually spend coins to purchase more time by pressing and holding “+” during a battle, and you can also purchase the Time Plus accessory, which will add more time to the clock at the start of each turn.

As you progress through the game, you’ll even unlock a special item called the Timer Extender, which will automatically spend coins to add more time to the clock if you run out.

You can collect the Timer Extender by heading to the Battle Lab in Toad Town. While it isn’t available at the beginning of the game, we received this item when we returned to the Battle Lab after defeating the game’s first boss.

Once you’ve collected the Timer Extender, you can decide whether or not this item is turned “on” or “off” from the game’s settings menu.

To turn the Timer Extender on or off, first press “+” to open the game’s menu. Then press “RB” to move over to the Settings tab (the gear icon next to “Useful Items”).

Highlight the Timer Extender setting and use the analog stick to switch the toggle from “On” to “Off” (or vice versa).

You also have the ability to set how many coins you want to spend when the Timer Extender is active. By default, you’ll spend 100 coins to add 10 extra seconds to the clock, but you can increase this all of the way up to 990 coins / 99 seconds per use. To change this setting, select “Timer Extender - Coin Limit” in the game’s Settings menu.