Paper Mario The Origami King: How to Fast Travel 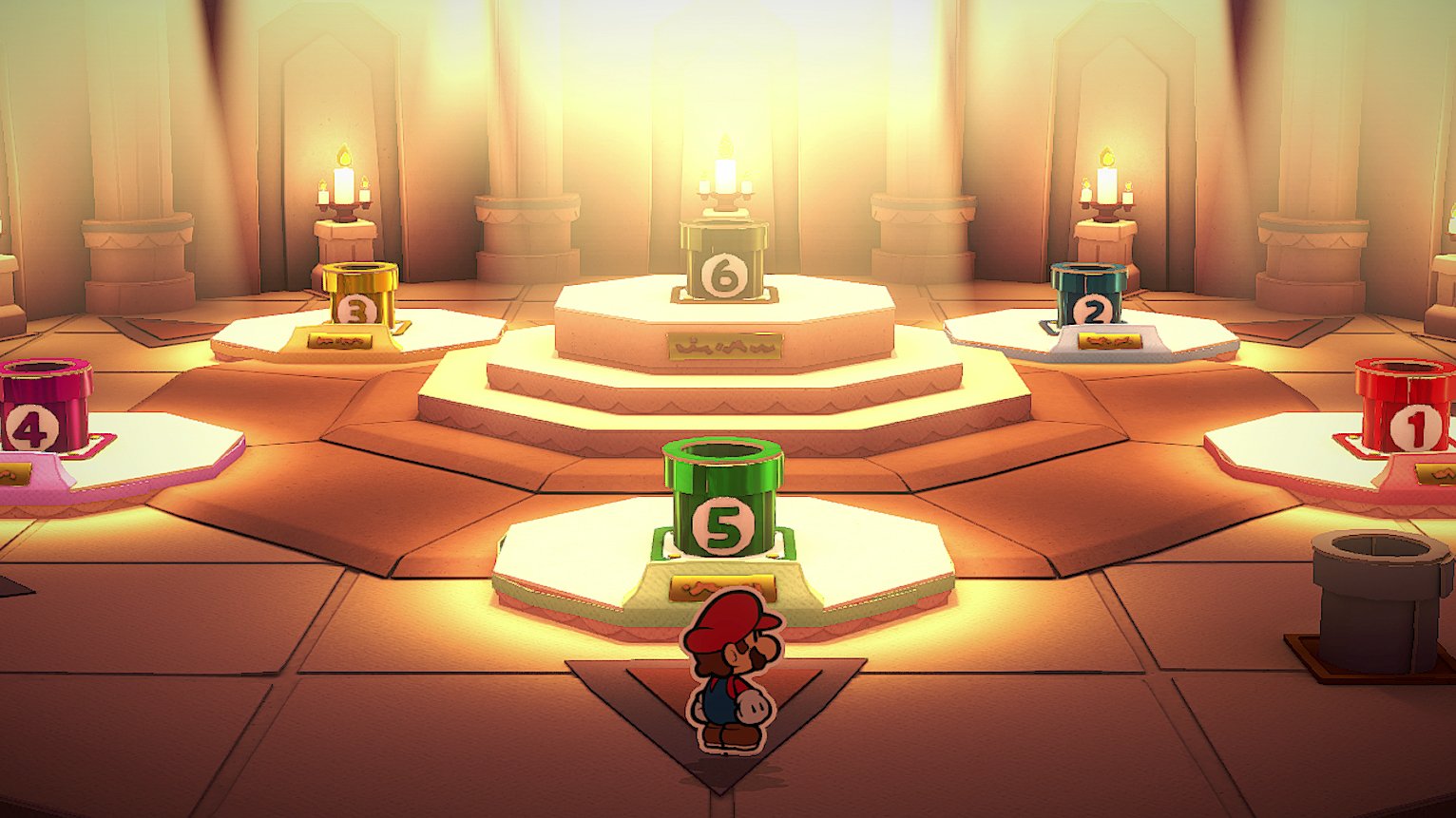 As you explore the colorful paper world of Paper Mario: The Origami King, you’ll come across areas that you may want to quickly revisit at a later time. Rather than spending lots of time walking from one location to another, you can use pipes to fast travel to areas you’ve previously visited. Here’s how this works.

When you enter the Musee Champignon in Toad Town, you’ll see a statue of a pipe on the right side of the lobby.

Enter this pipe and you’ll go to the warp pipe room, which has six brightly colored pipes that are numbered 1-6. Each pipe can take you to a different part of the in-game world. However, you need to unblock the pipe on the other end first (King Olly has covered them up).

The first pipe you’ll unlock is the red pipe with the No. 1 on the side. This pipe can take you to Overlook Mountain, which is where the end of the red streamer is located (you’ll need to remove streamers from Princess Peach’s castle on your quest to beat the game).

As you continue to progress through the game, you’ll eventually come across the other five warp pipes, which you can uncover to unlock the ability to fast travel back to the warp pipe room in the Musee Champignon.

Once you’ve unlocked multiple fast travel routes, you can use them to quickly go from one area to another. Or, you can simply use any of the fast travel pipes to quickly return to Toad Town if you need to stock up on supplies.

Finally, if you want to collect all of the hidden Toads in The Origami King, you may find it helpful to fast travel to previous locations to find any Toads you may have missed the first time around. There are tons of different Toads scattered throughout the in-game world, and it will likely take you quite a while to find them all.

That being the case, you may want to look into something like the ChargePlay Clutch from HyperX. It can increase your Switch’s battery life so you can search for Toads for a longer amount of time before needing to charge your device. Head over to HyperX’s website to learn more about the ChargePlay Clutch, or to see the rest of the company’s Switch accessories.