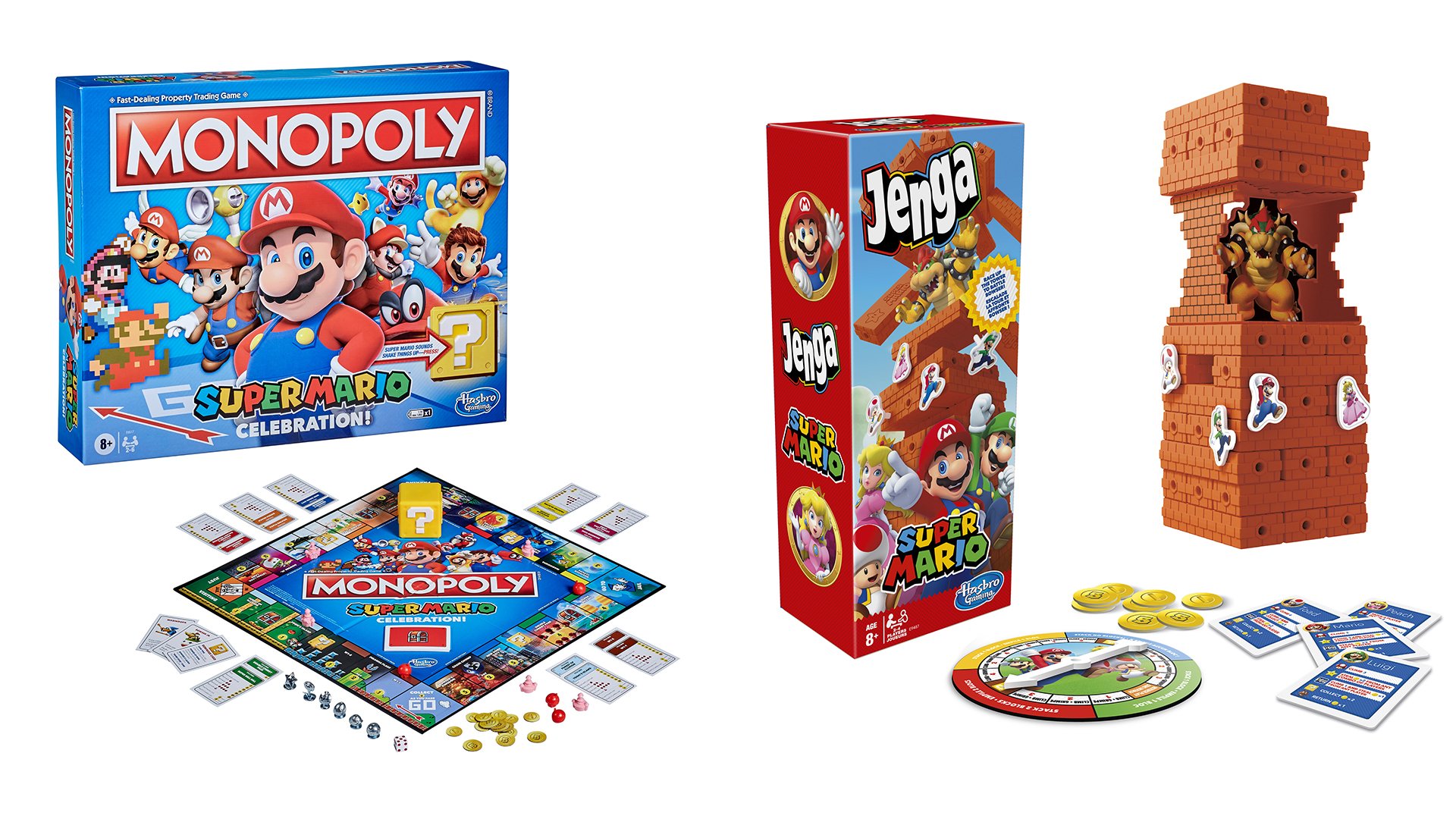 Nintendo and Hasbro Gaming have teamed up to create new Mario-themed versions of two classic tabletop games: Monopoly and Jenga.

Monopoly Super Mario Celebration Edition will feature familiar Monopoly gameplay, but many of the game’s classic elements (like properties and locations) have been replaced by elements from the Super Mario franchise.

Meanwhile, Jenga: Super Mario adds a light storyline to the classic block removal and stacking game. The game will challenge 2-4 players aged 8+ to climb to the top of the block tower to battle Bowser. According to the game’s Amazon product listing, you’ll need to “[s]pin the spinner to determine the number of blocks to stack, how many layers your Super Mario character must climb, or whether to reverse play or collect coins.”

On Twitter, Nintendo of America said both of these games will be available on August 1. However, you can already grab Jenga: Super Mario on Amazon for $19.99.

Is your family excited to try these new takes on some classic tabletop games? Let us know on Twitter at @superparenthq.