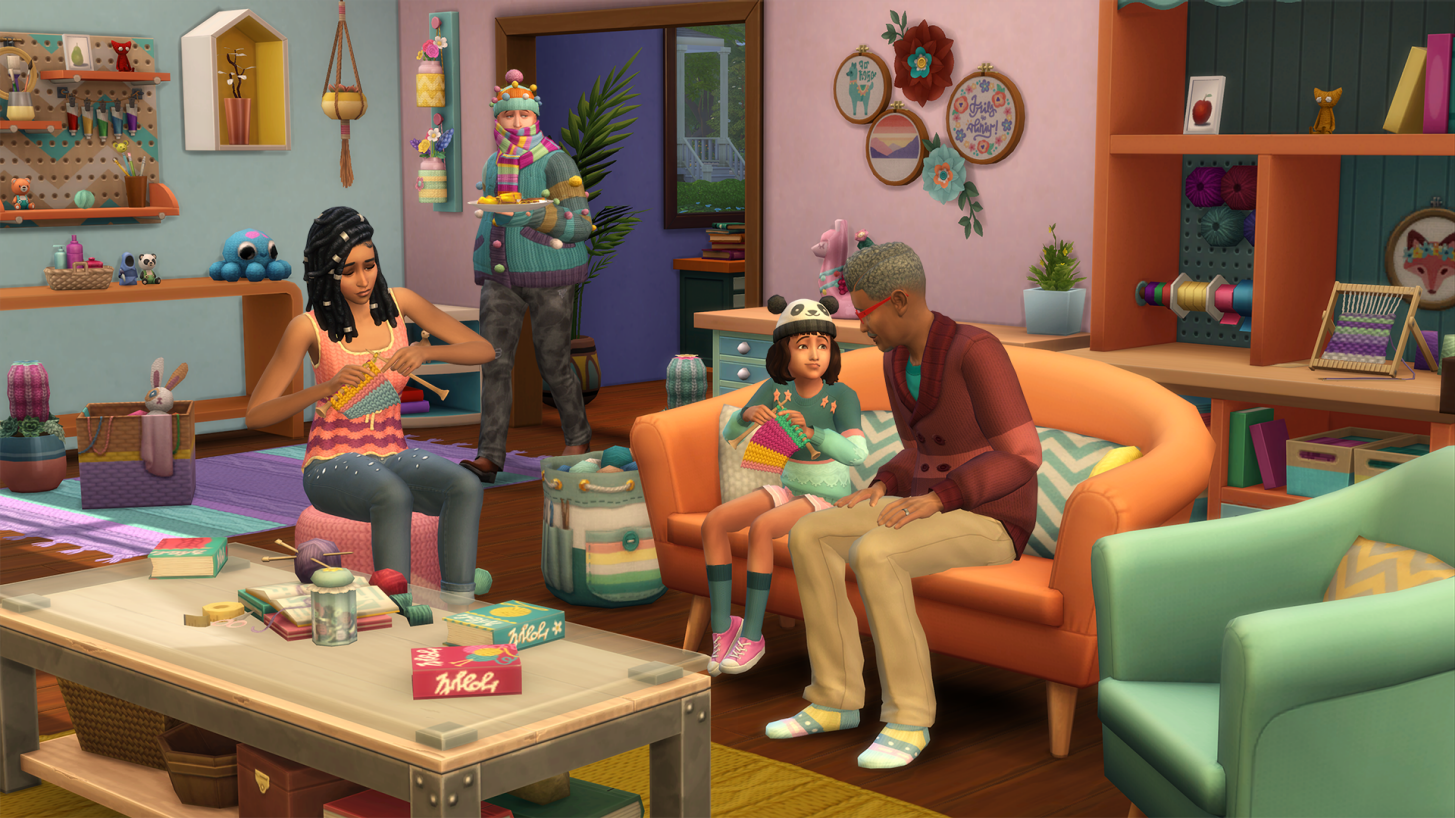 The next content pack for The Sims 4 is almost here!

The Nifty Knitting Stuff Pack will focus on a new hobby -- knitting -- and will also introduce “Plopsy,” the game’s version of Etsy.

One of the new items in this Nifty Knitting Stuff Pack is the yarn basket, which you can place in your Sim’s world to allow them to begin knitting basic items like socks and beanies.

As a Sim’s knitting skill grows, they’ll be able to create different objects, like sweaters, toys, and so on. On Twitter, the official Sims account said players will even be able to knit Yarnies, the lovable characters from EA’s Unravel franchise (EA is also the company behind The Sims). Plus, Sims will be able to teach other Sims how to knit.

In addition to the yarn basket, this update will add four new rocking chair “variants” to the game. “Elder Sims” will have access to a “Reminiscence” interaction when sitting in a rocking chair, and Sims will also earn a bonus to their knitting skill when sitting in one of these chairs.

Finally, this update will give players the ability to sell their creations on Plopsy, a fictional in-game marketplace that sounds a lot like Etsy. According to a blog post on the EA website, Sims can sell the things they’ve knitted, as well as other creations, like “paintings and woodworking projects.”

Your Sims will also be able to purchase objects from Plopsy. EA explained:

“Plopsy rotates in random crafted items throughout the day, so all your Sims have a chance to get some cool stuff (including the new knitted clothing!).”

The Sims 4: Nifty Knitting Pack will be released on July 28 for PC, Mac, PlayStation 4, and Xbox One. You need to own the base game of The Sims 4 to access this content. To learn more about the new items that are included in this pack, head over to EA’s website.

The Sims 4 is rated T for Teen by the ESRB. While the game is generally family-friendly (you guide Sims through their day-to-day lives and take care of their needs and wants), it does contain some mature content, such as the ability to have Sims become “romantic.”