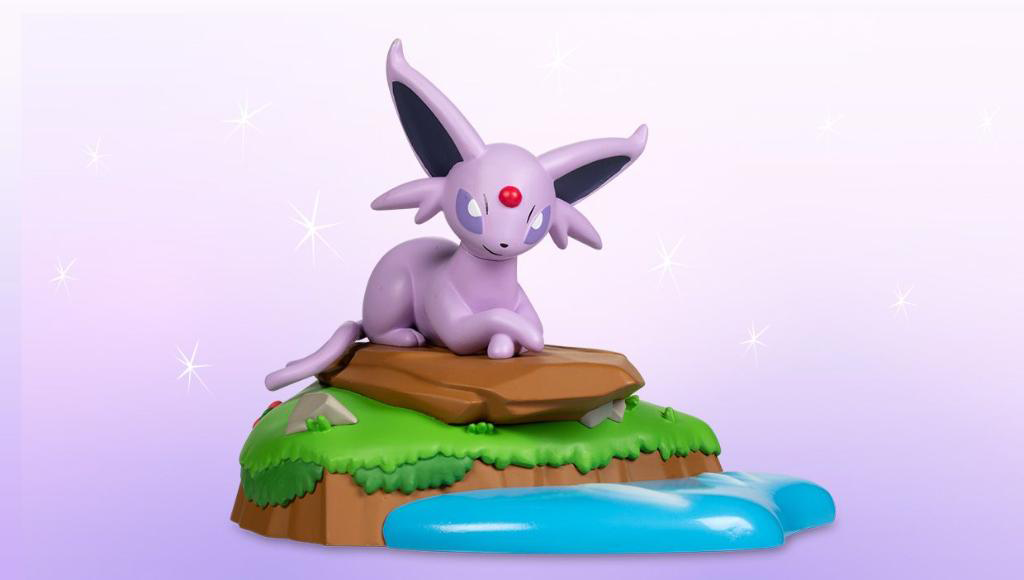 Trainers, Funko’s next figure in the “An Afternoon with Eevee & Friends” collection features Espoen, Eevee’s Psychic-type evolution, which was introduced in Gen II of the Pokemon universe.

This new figure features Espeon relaxing on a rock near the water, and it will be released on the Pokemon Center website on July 21 for $14.99.

The nine figures in the “Eevee & Friends” series are designed to form one large “scene” when they’re all placed next to one another. Espeon’s figure sits at the far left of the scene, with the water on the figure’s base “connecting” to the water on the bases of the Vaporeon and Glaceon figures.

There are still three more figures that have yet to be released in this collection. They’ll feature Jolteon, Leafeon, and Umbreon, and they're expected to be released monthly over the next three months.

So far, the figures in this series have all sold out on the Pokemon Center website. If you’re interested in adding this Espeon figure to your collection, make sure to mark your calendar so you can pick one up as quickly as possible on July 21.