Pokemon: Bulbasaur and Charmander Are Back at Build-A-Bear Workshop 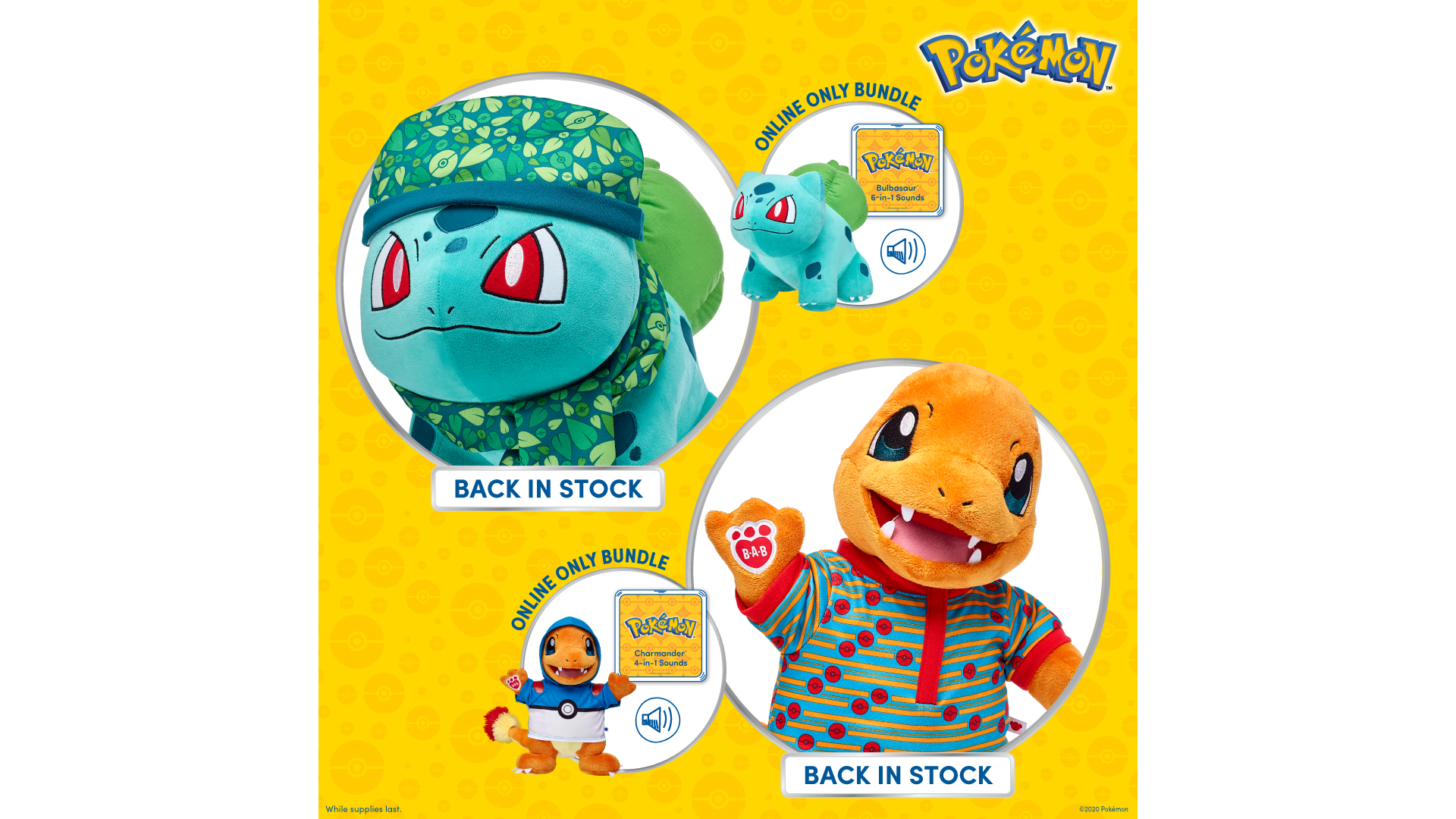 Attention Pokemon fans! Build-A-Bear Workshop announced that it has restocked its Bulbasaur and Charmander plushies, and you can now pick them up in online exclusive bundles.

The Online Exclusive Bulbasaur Bundle costs $54.50. It includes the 14-inch Bulbasaur stuffed animal, a Hat and Scarf Accessory Set with a fun green pattern that matches the Grass-type Pokemon, and a 6-in-1 Bulbasaur Sound module that will be placed inside the plush so it can make noise. You’ll also receive Bulbasaur’s birth certificate.

For the record, Bulbasaur is too large to fit inside a Cub Condo (the cardboard box you can typically take a plushie home in when you visit a Build-A-Bear store), so this bundle doesn’t include one.

If someone in your family is a fan of Fire-type Pokemon, you can pick up the Online Exclusive Charmander Bundle for $61. This bundle includes the 14-inch Charmander stuffed plush, a Charmander Sleeper (pajamas), a Great Ball Hoodie, and a 4-in-1 Charmander Sound module that will be placed inside the plush. You’ll also receive the Pokemon’s birth certificate.

Even though Charmander isn’t as large as Bulbasaur, this bundle also doesn’t include a Cub Condo.

To see all of the Pokemon plushies that are currently available (like Flareon and Jolteon), head over to Build-A-Bear’s website.