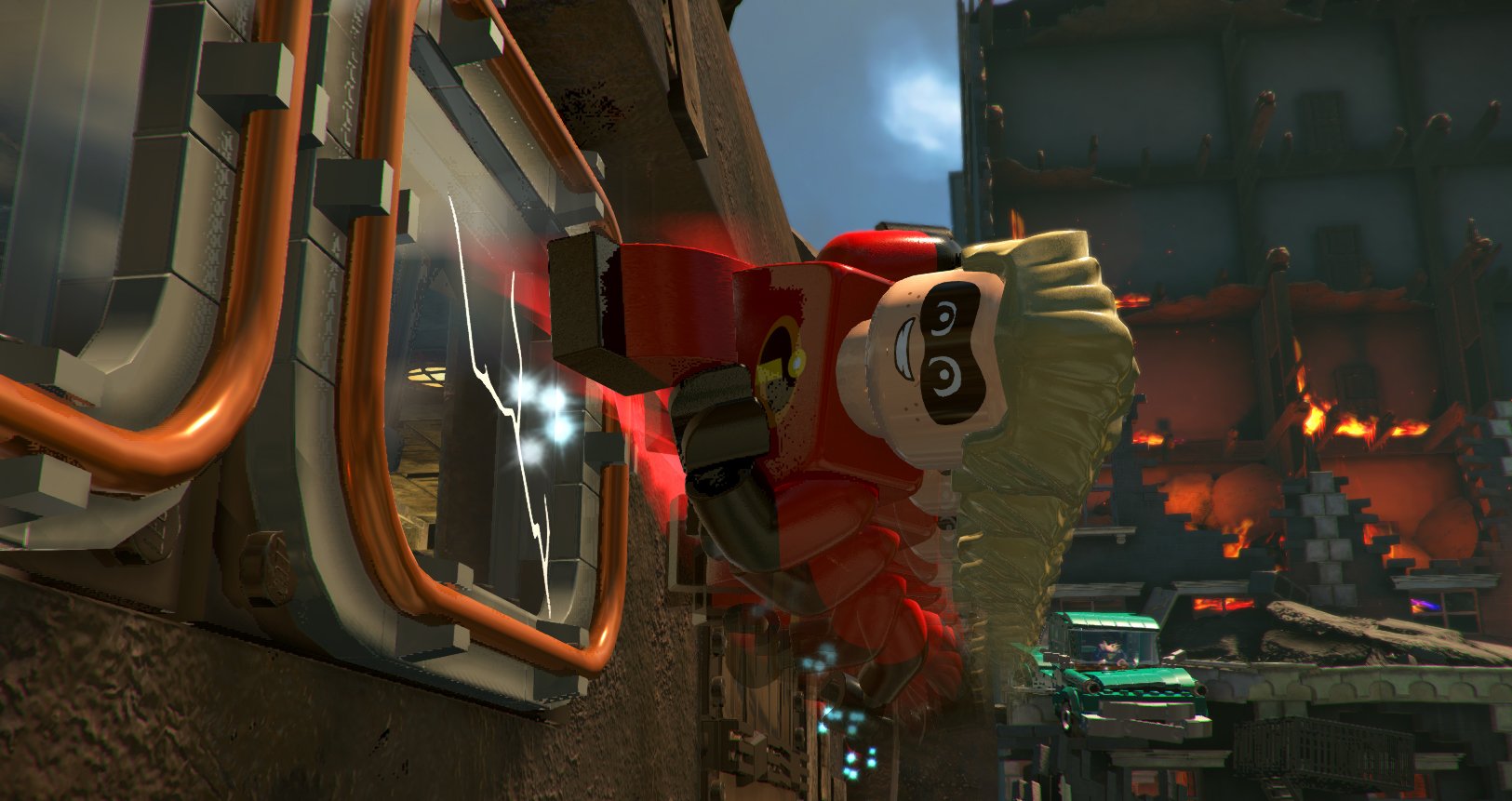 Fact: Kids and parents love to love Lego games. The company responsible for those colorful plastic bricks that delight kids’ minds (and torture parents’ feet) has managed to find the near-perfect formula for creating a game that combines popular characters with a game experience that’s easy enough for kids to play, but fun enough to get grown-ups in on the action.

Lego The Incredibles, a new game released alongside the new Incredibles 2 film from Pixar, tells the story of both of the Incredibles movies together, with the Parr family teaming up to fight crime while learning how to be a better family. The entire game can be played solo or cooperatively, and it takes you through a main story mission, scads of side missions, and -- when you want to take a break from playing the hero -- there’s always the option to run around and bust up the Lego scenery.

Nick Ricks, Executive Producer of TT Games, tells SuperParent how kids -- including his own -- helped craft Lego The Incredibles and how to help your family maintain healthy gaming habits.

What do you think is the secret sauce that makes Lego video games so inherently lovable for everyone -- kids, families, parents, non-parents?

It’s the blending of incredible stories, characters, and locations with the inherent properties of Lego play; discovery, imagination, expression, etc. that we hope produces an engaging formula for all family members.

How do your kids factor into the games that you make? Have they changed the way you approach games?

I’m delighted to say I do have a boy and a girl, and it had been fascinating watching how their development impacts how their Lego play, both digitally and physically. Perhaps the most obvious impact of this is the consideration that, with our aims of appealing to gamers both young and old, we need to include differing challenges for our diverse audience. What a six year old will enjoy is quite different to a child even only a few years older. As such we ensure that the main story sections of the game are balanced and intuitively designed so that kids of any age can experience the narrative, re-told with Lego bricks.

Do you have any good stories about kids or families playtesting this game? Any particular wisdom gained from their feedback?

More often than not, we are completely surprised by how a child will approach an encounter or puzzle, which is a humbling and rewarding experience in and of itself. Young gamers simply haven’t learned what’s considered “normal” in games, and resultantly are entirely instinctive in their approach. For example, often we will see that children ignore the traditional left-to-right progression we planned in a level because they’re fascinated by the nice and shiny (although entirely incidental) Lego object we’ve placed innocuously in the background. As such our assumptions as game designers are continuously challenged by these bright and enquiring minds, which is immensely rewarding.

Why do video games have such a bad reputation? What can we do about it?

I think that with many things, too much or unrestricted access to video games can be unhelpful. However, as part of an active and healthy lifestyle, video games stimulate the imagination of kids, allowing them to actively take a role in their favorite movies or TV shows, defeat their favorite villains, or travel to worlds undreamed. I concede that these can be so compelling that, if the level or duration of activity is left solely to the child, games can be over stimulating or lead to a more sedentary lifestyle. But, the same is true for TV, video streaming, even novels to some extent, and moderation needs to be set by the parent or guardian.

As for a remedy to this situation, I can naturally only speak for the approach taken in our games. The word “Lego" is a contraction of a Danish phrase; “leg godt” meaning ‘play well’, and having young gamers and their families playing well together has always been at the core of what we’re trying to achieve.

Do you have any advice for kids who might want to make games when they grow up?

I think the video game industry is an extraordinarily exciting, diverse, and growing sector that kids should definitely be encouraged to consider as a career. The roles, and corresponding required skills, are so diverse that anyone can find a job in which they can be challenged and fulfilled. Clearly programming or digital arts and animation are some of the more obvious choices, but equally the industry is mature enough now that new roles emerge all the time.

Community managers, website hosts, journalists, data analysts, even professional tournament players all contribute to what is an ever-growing industry that now exceeds $100 billion in annual revenue. If you’re passionate about games, there will be a role where your skills match, and you can contribute to the entertainment medium of the 21st century. It just takes hard work, commitment, and a belief in yourself.

Rainbow Billy: The Curse of the Leviathan Is an RPG About Emotions and Empathy [Interview]