Animal Crossing New Horizons: How to Catch a Giant Isopod 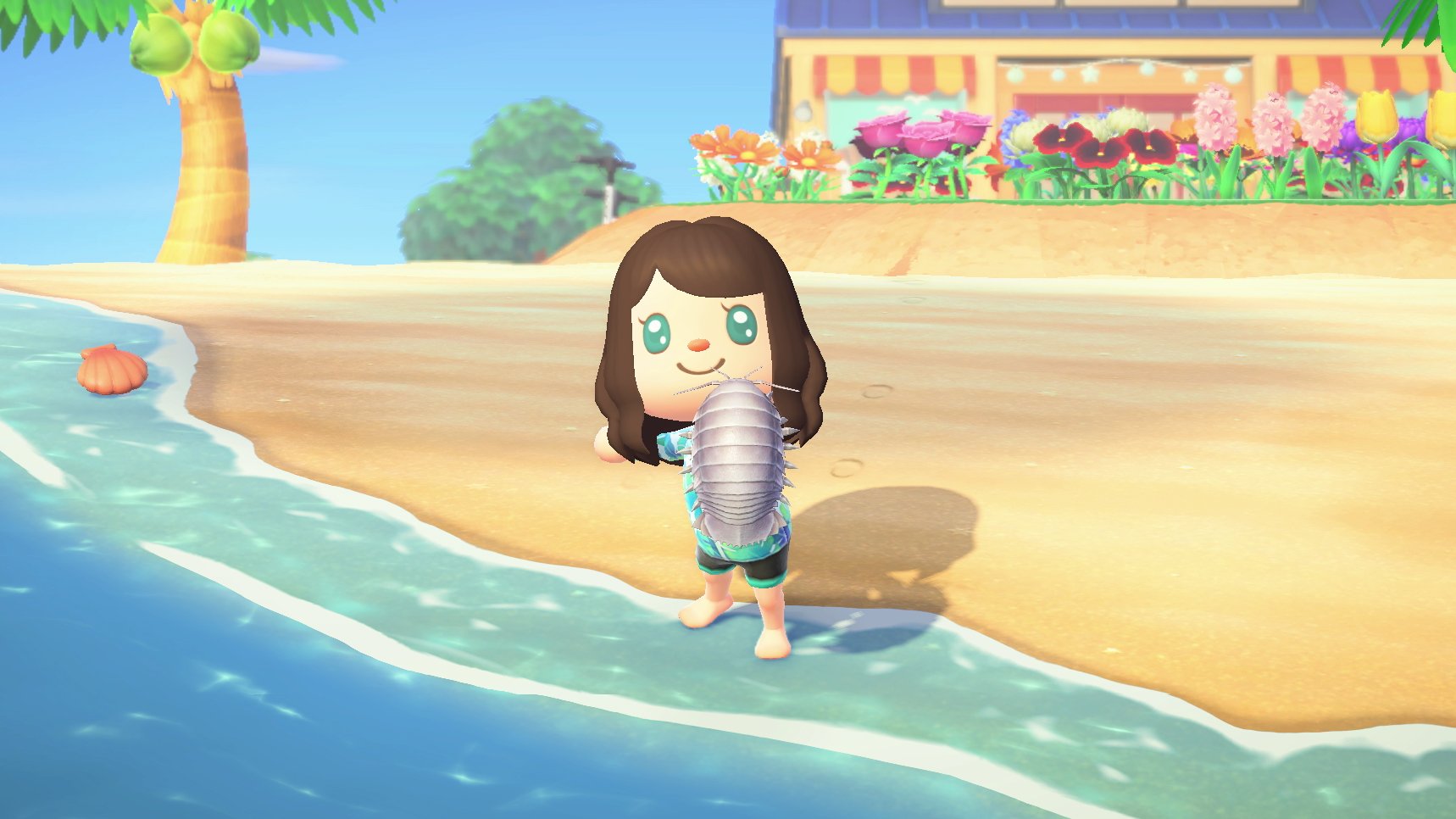 The swimming and diving update for Animal Crossing: New Horizons added dozens of new sea creatures to collect and donate to Blathers at the museum.

To catch these sea creatures, you’ll need to swim around the ocean surrounding your island until you see bubbles appearing at the surface of the water. These bubbles are coming from a sea creature that can be captured!

Similar to regular fish, you’ll only see the shadow of a sea creature before you actually capture it. Some shadows are stationary, while others move at various speeds.

The giant isopod is one of the sea creatures that moves really quickly under the water, but we’re here with a tip that will help you catch them!

Once you’ve discovered a “fast” sea creature like the giant isopod -- that is, a sea creature with a shadow that “runs” away from you quickly after you dive under the water -- you’ll want to come back up to the surface of the water and slowly swim closer to the bubbles at the surface.

To be specific, while swimming, you can either press “A” on your controller to quickly swim through the water, or just press your analog stick in the direction you want to go to slowly swim. When you’re trying to catch a fast sea creature, slowly swim as close as you can to the bubbles and then dive under the water.

When you dive, you should be pretty close to the creature’s shadow, and you can quickly snap it up before it has the chance to pick up speed and get away!

In our gameplay video below, you can see what this process looks like. At the beginning, we show you what happens if you try to “chase” the giant isopod by quickly swimming as fast as you can. Then, we show you how to “sneak up” on this creature so you can actually capture it. And keep in mind, this technique should work for all fast-moving sea creatures, and not just the giant isopod.

Giant isopods can be sold for 12,000 Bells each at Nook’s Cranny, or for even more Bells if you sell them to Flick when he visits your island.