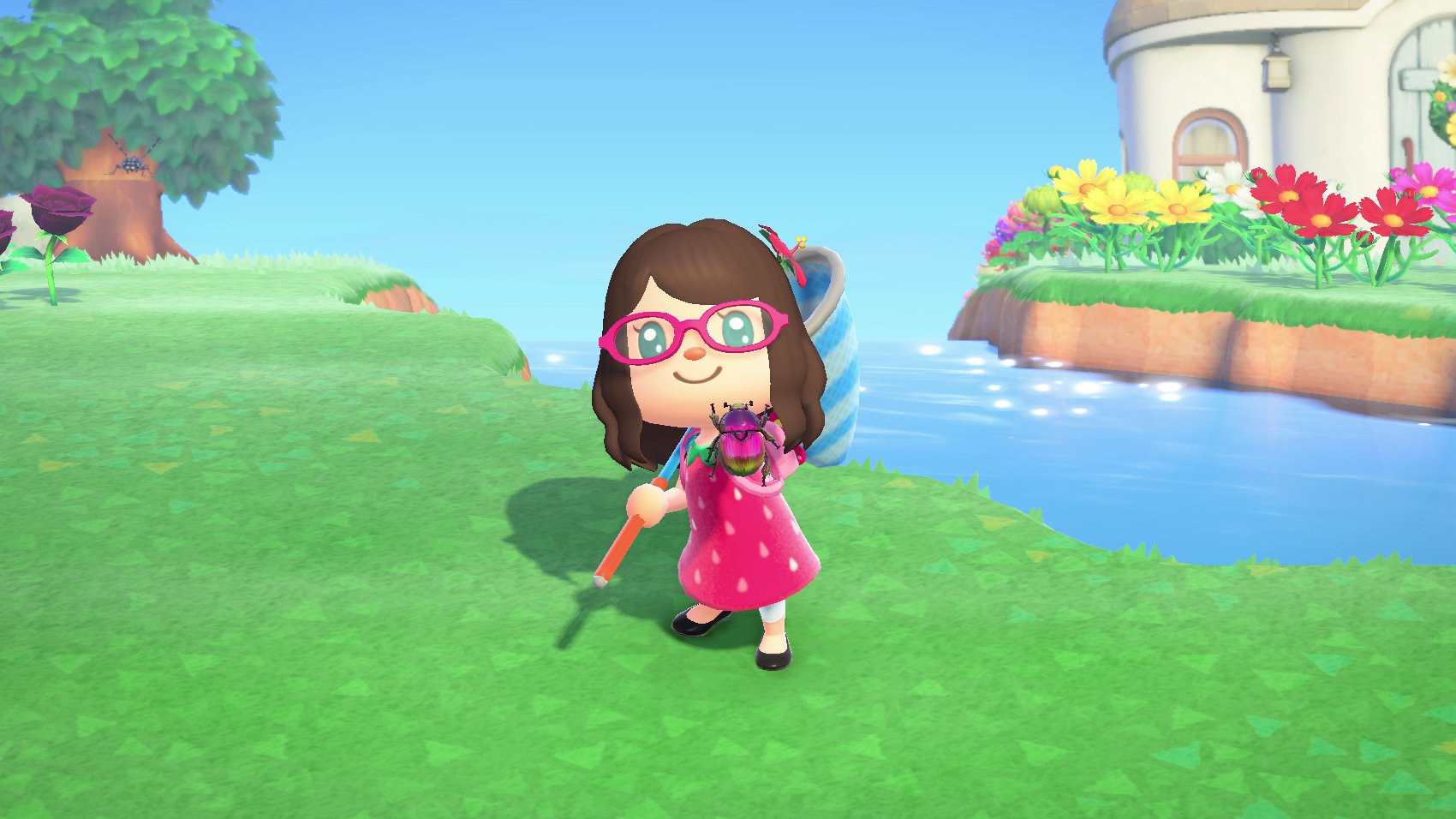 There are many pretty insects in Animal Crossing: New Horizons, like the emperor butterfly and the great purple emperor. Another beautiful insect is the Earth-boring dung beetle, and it’s now available to catch on islands in the Northern Hemisphere.

This pretty beetle has a bright pink appearance, which should make it fairly easy to spot against surfaces like grass and dirt around your island. Check out our gameplay clip below to see exactly what this insect looks like on the ground, so you know what to watch for as you play.

A single Earth-boring dung beetle can be sold for 300 Bells at Nook’s Cranny. Or, you can earn a few more Bells for these insects by selling them to Flick when he visits your island.