Lego The Incredibles: A SuperParent Review 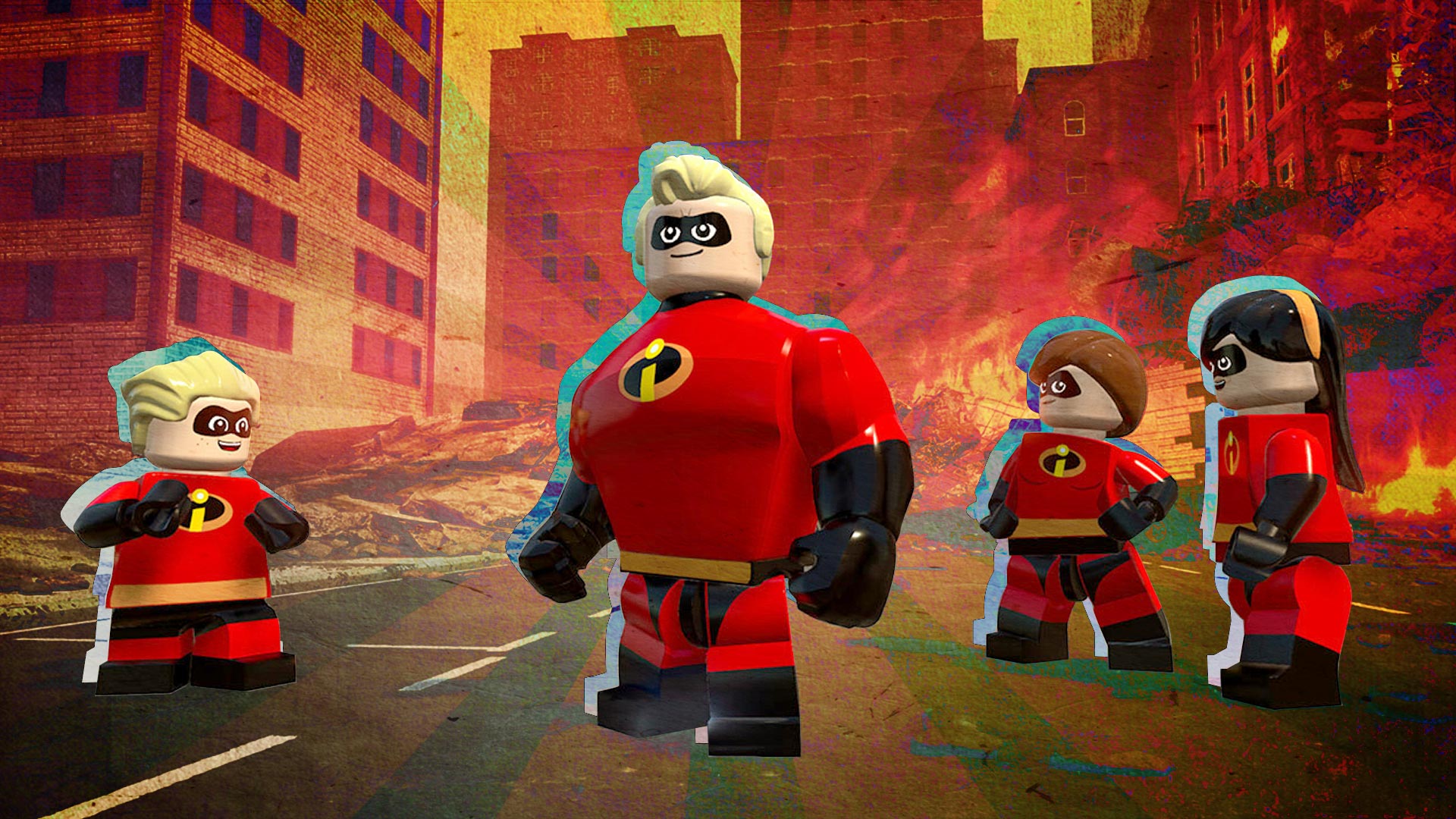 For the past 13 years, one name has stood out above all others when it comes to reliable, carefully designed children’s gaming entertainment: Lego. From the first daft plastic reinvention of Star Wars, way back in 2005, this series has grown to become the leading kids gaming franchise, and with good reason. Unlike too many children’s games, the team at TT Games understands how kids play, how to challenge them, and how to reward them.

Having already taken in the fantasy worlds of Harry Potter and The Lord of the Rings, superheroes from both Marvel and DC, the dinosaurs of Jurassic Park and the pop culture toy-to-life mashup extravaganza of Lego Dimensions, it's finally Pixar’s turn to be immortalized in digital brick form.

So this is based on the new movie?

It’s actually an adaptation of both the recently released Incredibles 2, and the original movie from 2004. That long gap between films, which means most of the sequel’s audience weren’t even born when The Incredibles first hit theaters, means the game opts for a somewhat upside down structure. The game begins with levels drawn from Incredibles 2, and only after that story has been completed do you get to experience the story of the previous film.

It’s an odd decision, but it does mean that the game opens with a bang, as The Incredibles and their ice-powered pal Frozone battle to stop the villainous Underminer from destroying the city with his giant drill. This brisk introductory level showcases the unique skills of all the core characters and features plenty of show-stopping action that will ensure kids are hooked right from the start.

It’s the same as all the other Lego games though, right?

There’s definitely a strong sense of familiarity to this series, that’s for sure, and some parents may be frustrated that the games are still relying on the same gameplay features after over 20 titles. For kids, however, this familiarity can be a real benefit. Instinctively knowing how things work gives them the confidence to try solutions to problems or tackle larger action scenes, reassured that smashing scenery, collecting stud currency, and building wacky constructions will always form the spine of what needs to be done.

Most of the character’s powers and abilities are riffs on things we’ve done in previous Lego titles, but The Incredibles family dynamic does allow the formula to get a shake up. There’s a greater emphasis on using characters together to solve puzzles, and this is reflected in the way each Incredible moves and acts very differently even before their powers are brought into play. Dash speeds around, Elastigirl stretches and bends, Mr Incredible lumbers about and charges into bad guys, and Violet’s forcefields can contain one other character, allowing her to ferry her family members through hazards.

Periodically, you’ll come across a problem that needs Incrediblocks to solve. A series of smaller tasks will earn you the blocks you need, and leads into a larger novelty construction that must be triggered by all the characters mashing buttons. It may not be a huge change from how previous Lego games have played, but it gives The Incredibles a larger, more cinematic feel than previous entries.

How much replay value is there?

The traditional generosity which defined the early Lego games returns for The Incredibles, as each level is designed to be replayed multiple times to earn all the available gold bricks. Each time, you can use different characters to open up new areas and solve different puzzles, so it never feels like you’re blindly repeating yourself.

There are literally hundreds of collectables, although it’s here that the limited nature of the source material dents the fantasy somewhat. With only two movies, both of which have a small number of core characters, the 113 unlockable characters inevitably include a lot of obscure choices that will leave even the hardiest Incredibles fans asking “Who’s that?” Balancing this out are some welcome cameos from other Pixar movies, so while earning a generic superhero from some background moment in the movies may not impress, the chance to play with characters from Toy Story and Finding Nemo will elicit cheers and smiles.

There’s also a sizable Municiberg city to explore in between story levels, and while it’s not as richly featured as the virtual Manhattan of Lego Marvel Super Heroes, it provides ample space for younger players to create their own Incredibles adventures. In a particularly nice touch, the more crimes you solve while free roaming, the more of the city you can access. It’s here, playing at being Lego crimefighters away from the linear story, that kids will really have a blast.

Can we all play together?

As with all Lego games, there’s local cooperative play for two people. The camera remains a frustration when you get too far apart - this is one of the few things the series has never quite nailed - but when the levels are designed to be specifically played by parents and kids, or siblings together, the sheer joy of exploring these plastic playgrounds as a family is undimmed. The fact you’re playing as a family of superheroes in-game only heightens that connection.

There are moments that may be too tricky for younger kids, just as there are bits that will be too easy for older children, but one of TT Games’ greatest strengths is knowing how to manage that tension and craft games that are accessible to all. Lego The Incredibles may not deliver many surprises, and there’s a definite feeling that the series’ most inventive years are behind it, but it would be churlish to criticize a game this fun, this colorful, this exuberant simply for sticking with what works.