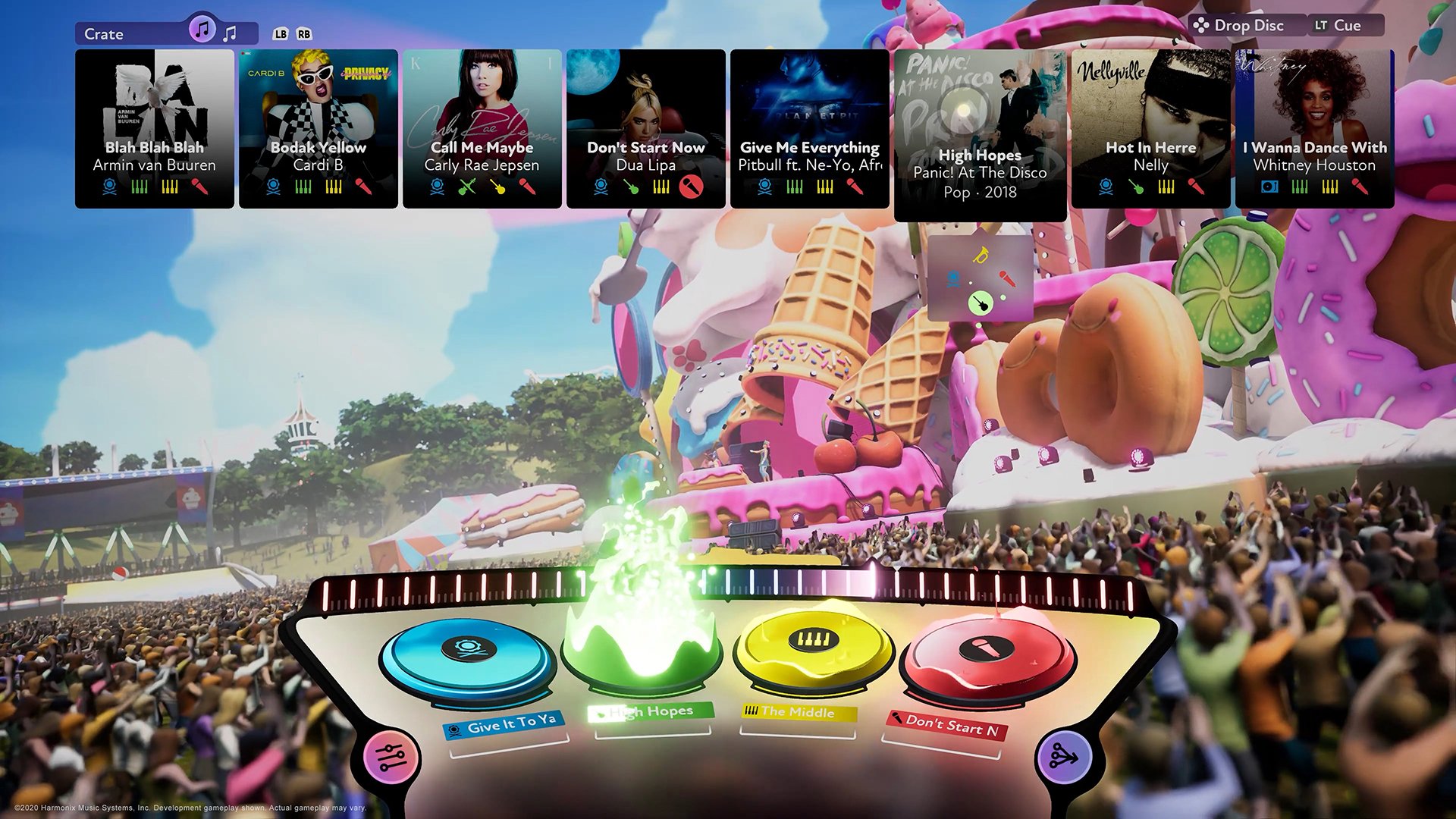 Harmonix, the team behind Guitar Hero, Rock Band, and Dropmix, has taken (musical) notes from its past for its new game, Fuser. Coming later in 2020, it’s set to put you center stage at virtual music festivals where, very much like Harmonix’s card game Dropmix, you’ll create music mixes.

Tuesday, the company announced that Fuser will be going on pre-order with a number of bonus tracks included as an incentive.

Good news, upfront! Here’s something parents DO NOT need to sweat: The lyrics. Radio Edits only, here! Look, I’m no puritan, but I am looking out for the songs (and lyrics) I’m looping my kid in on daily.

So far, 34 tracks from the game’s 100+ song soundtrack have been announced:

We are definitely looking forward to playing - and potentially rocking house parties - with this game. That said, we do have to fire up a flare for all you parents out there.

One big thing to consider with these music-based games is that there are going to be hidden costs. It’s nothing insidious, mind you, but beyond the 100+ tracks that come with the game…and the bonus pre-order stuff, of course…there is going to be a wealth of additional content that you might be tempted to buy after the fact. Additional song tracks for your mixes. Stage sets for you to perform on, and, no doubt, props for your digital DJ avatar to wear. This can potentially add up.

As a parent of a budding music fan, Fuser is a game with a ton of potential, and I, for one, plan to attend some shows performed by my kid, this fall.

Fuser is coming to Switch, PlayStation 4. Xbox One, and PC. The game has yet to be rated by the ESRB, but Harmonix expects it will receive a T rating.

Does this sound like the kind of game that you’ll want to play with your kids? Let us know on Twitter at @superparenthq.