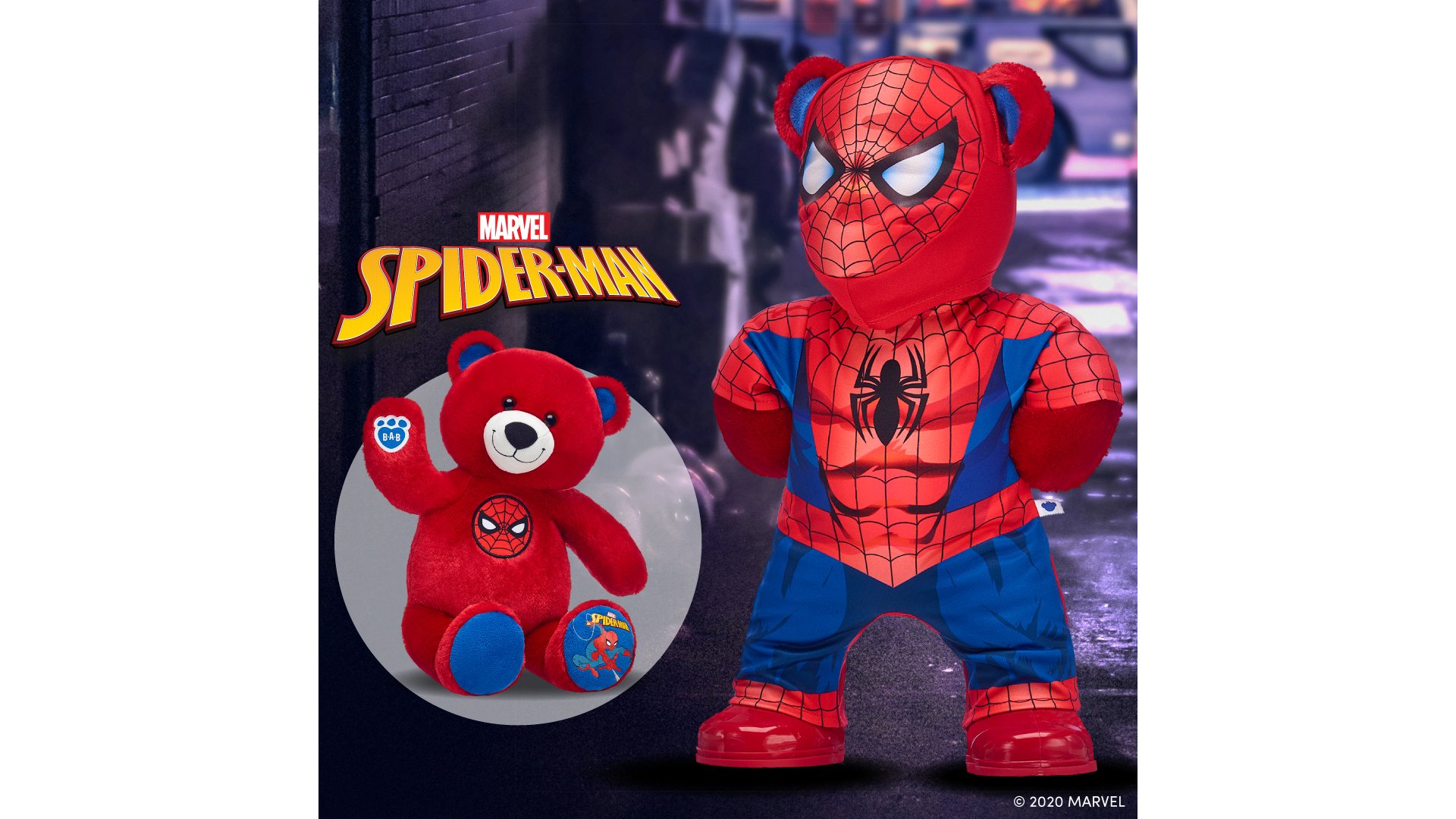 The web-slinging superhero Spider-Man has come to Build-A-Bear Workshop through the launch of a new Spider-Man Inspired Bear and two-piece Spider-Man costume.

The bear can be purchased on Build-A-Bear’s workshop exclusively in a Spider-Man Inspired Bear Gift Bundle that costs $45.75. The bundle includes the Spider-Man bear (a red teddy bear with blue accents and a picture of Spider-Man on its foot and chest), a two-piece Spider-Man costume that the bear can wear, and a Cub Condo, the cardboard box you can normally take a stuffed friend home in when you make it at a real-world Build-A-Bear store. You’ll also receive the bear’s birth certificate.

When you buy this bundle, the bear will come pre-stuffed and undressed, so that you and your littles can put the costume on the bear yourselves.

Finally, if you just want to purchase the cute Spider-Man costume (for instance, to put it on another bear your family already owns), you can pick it up for $16.00.

What do you think of this new Spider-Man teddy bear? Let us know on Twitter at @superparenthq.