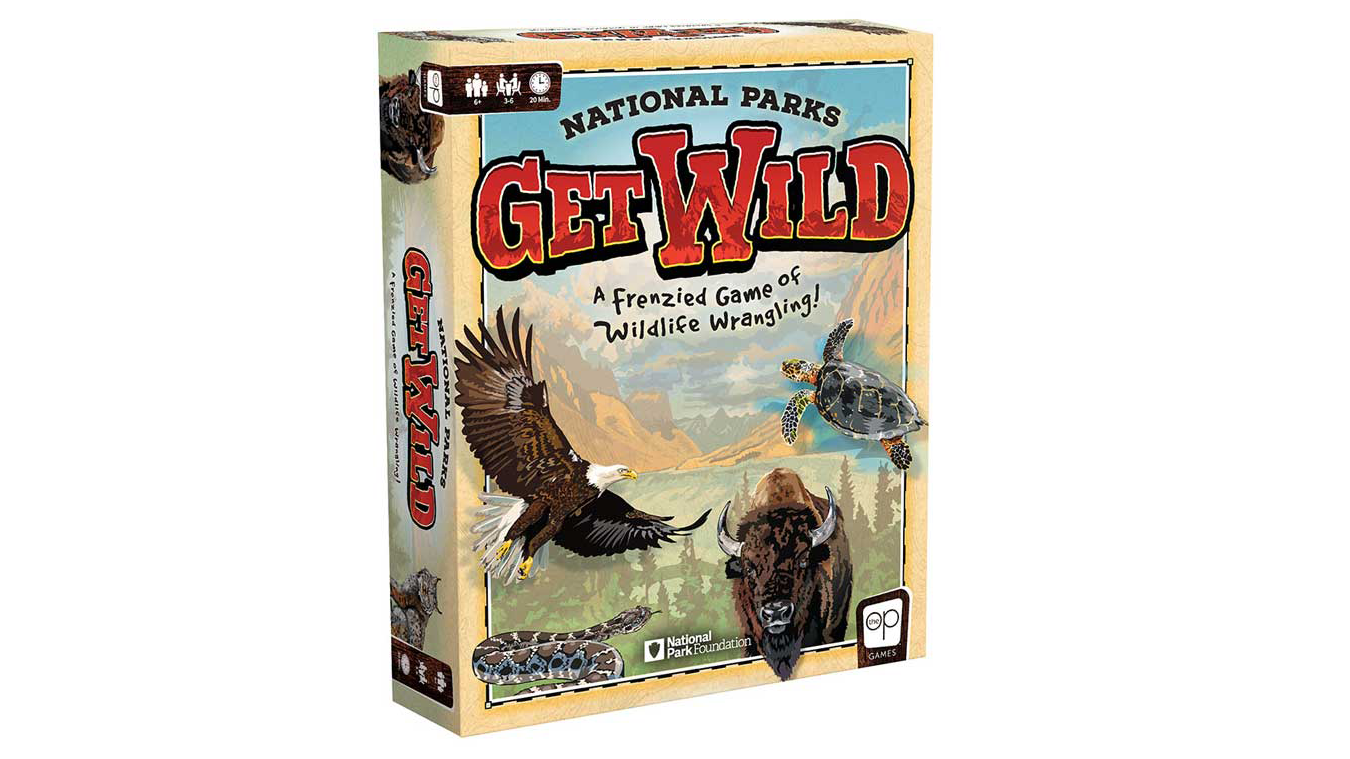 Get Wild can be played by 3-6 players, and it has an age rating of 6+. In each game, players choose from six double-sided game boards which are themed after different real-world national parks (Everglades, Crater Lake, Grand Canyon, Great Smoky Mountains, Yellowstone, and Yosemite, among others).

The game has 60 animal tokens representing groups of different animals. These tokens all begin in the center of the table at the start of the game. Once a round begins, all players roll their own dice at the same time to determine how these tokens can be moved. Each animal calls two of the game’s six parks “home,” and players will need to make sure they end up in those correct parks.

In a blog post, The Op provided more details about how the game is played.

“As soon as a chosen player shouts “Vacation!”, it’s time to start rolling your personal sets of dice to determine what animal can be moved, how many of them, and where they can be moved. With three kinds of dice per player (Animal Type, Quantity, and Direction) and simultaneous, nonstop dice rolls, this is where things GET WILD!

“On one turn, you could be reclaiming your native animal for your park. On the next turn, you could be moving an animal that’s not yours to a park that’s not theirs either! The round ends as soon as someone has only their native animal at home in their park. The first person to reach 20 points wins—and with three different ways to play, the outcomes are unpredictable and endless! It’s a quick-thinking challenge in which everyone is moving so quickly they don’t realize how much they are learning!”

National Parks: Get Wild is available now for $19.99. Each game has an expected play time of around 20 minutes.

Finally, the Op said that “a royalty from every purchase of Get Wild supports the National Park Foundation’s mission to preserve and protect the parks for future generations!”

Is your family interested in playing National Parks: Get Wild? Let us know on Twitter at @superparenthq.