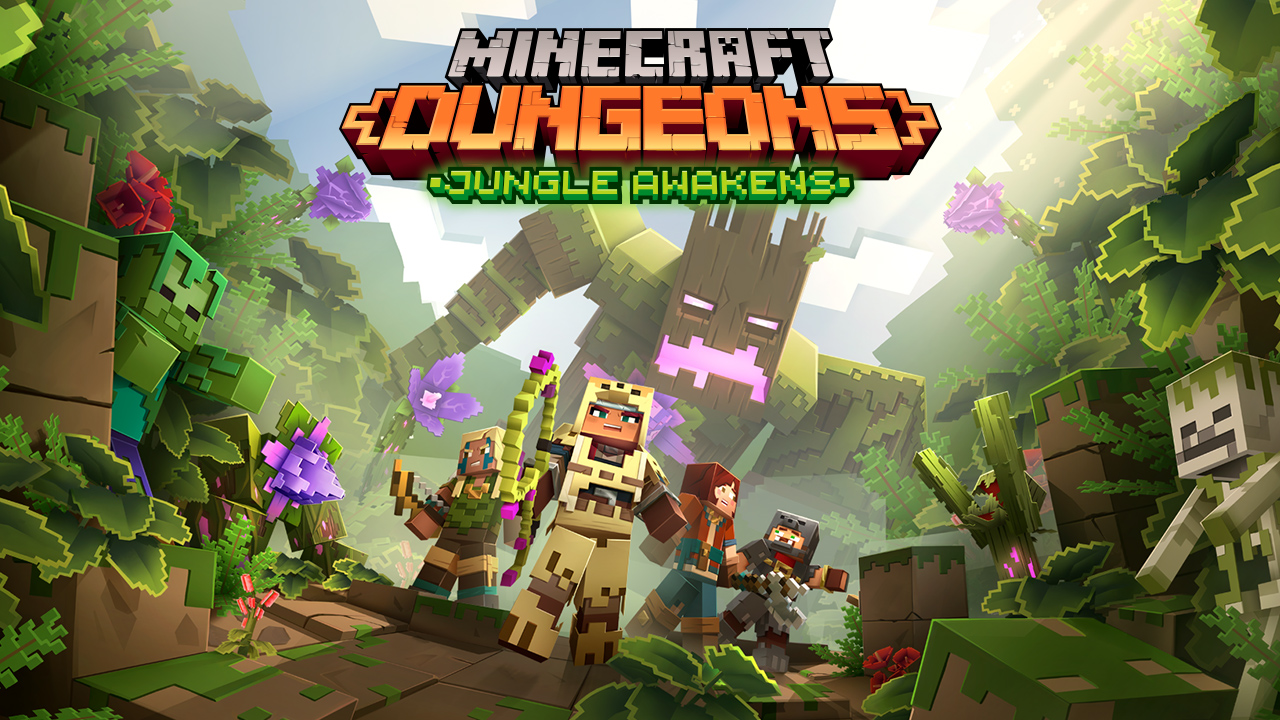 Minecraft Dungeons was released in May of 2020. The dungeon-crawling adventure game challenges players to defeat the evil Arch-Illager by exploring dungeons and defeating enemies from the Minecraft universe, such as zombies, skeletons, and spiders. (You can learn more about the game in our review.)

While Minecraft Dungeons has a set storyline to complete, more content is coming to the game via the addition of two premium downloadable content (DLC) packs (a free update also gives players access to the Lost Temple dungeon).

The game’s first DLC pack is called Jungle Awakens, and it will be released on July 1.

A news post on the Minecraft website offered some details about what players can expect in this DLC:

“In this adventure, you’ll enter a distant, dangerous jungle to fight a mysterious power in three new missions. To defeat the terrors hidden among the vines, you’ll have new weapons, armor, and artifacts at your disposal.”

This DLC will let players fight against new enemies, such as the Jungle Zombie, Poison Quill Vine, and Leapleaf.

The second DLC for Minecraft Dungeons, called Creeping Winter, will be released later this year.

The Jungle Awakens and Creeping Winter DLC packs are included in the Hero Edition of Minecraft Dungeons, or you can unlock both DLC packs (and some additional in-game items) by purchasing the Hero Pass upgrade for $9.99.

Finally, the soundtracks for both Minecraft Dungeons and the Jungle Awakens DLC are now available to listen to on Apple Music and Spotify. Click the links below to jump straight to the one you want to check out.

Minecraft Dungeons is available on Switch, PlayStation 4, PC, and Xbox One (including Xbox Game Pass). The game is rated E10+ for Everyone 10+ by the ESRB.