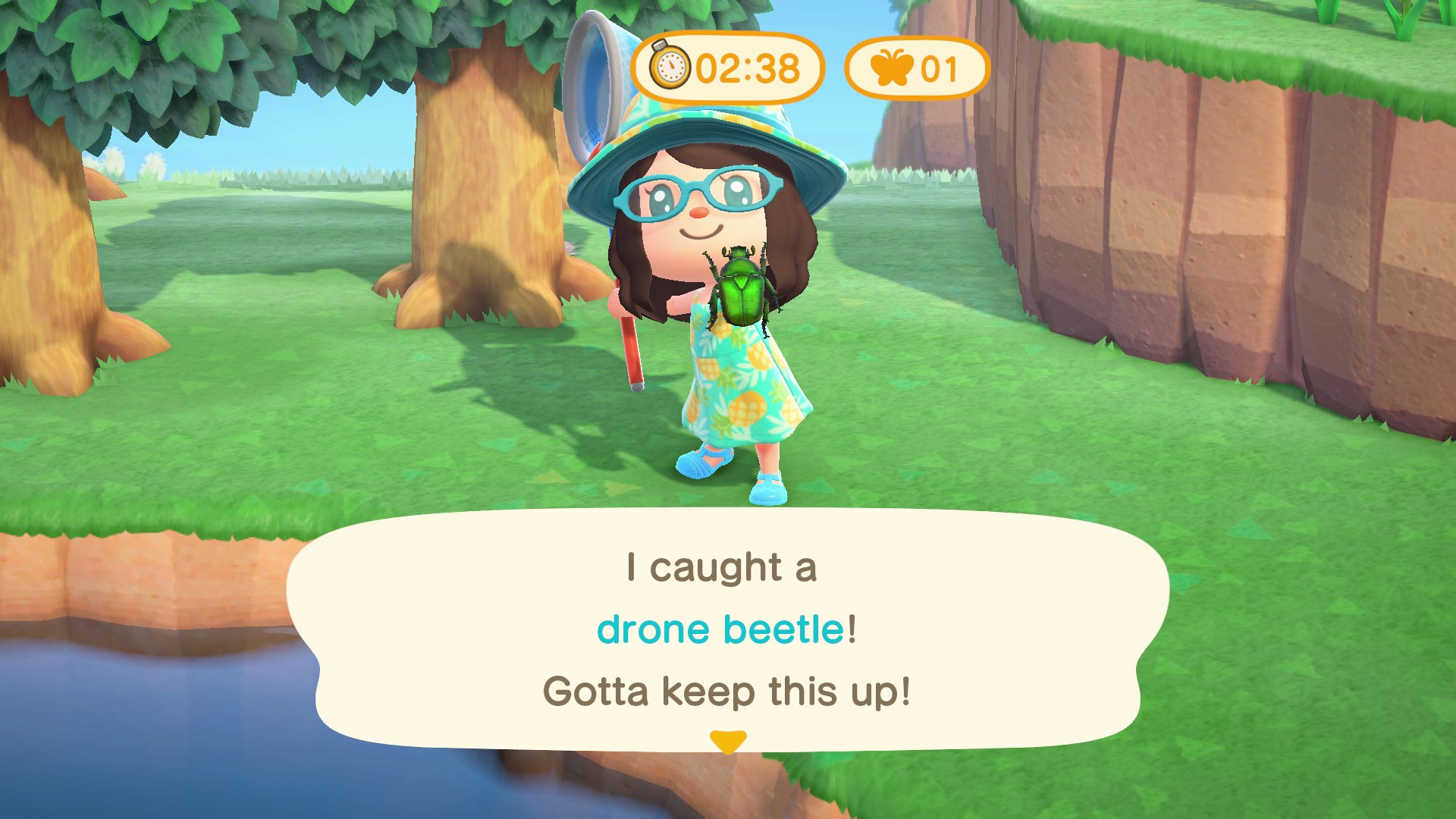 The first Bug-Off event of the summer will take place on June 27 on islands in the Northern Hemisphere in Animal Crossing: New Horizons!

Here’s everything you need to know about this insect-themed event!

During the Bug-Off event, Flick will be standing next to a tent in the plaza in front of your Resident Services building. He’ll challenge you to catch as many bugs as you can in three minutes. You’ll earn points for each bug you capture, and you’ll receive bonus points if you catch at least three insects during those three minutes. You can also earn bonus points if multiple players are participating in the event together.

Similar to the game’s Fishing Tourney events, you can complete multiple rounds of the Bug-Off event throughout the day to earn more points. You’ll be able to participate in the first round for free, while additional rounds will have a 500 Bell entry fee. This entry fee is waived if players from multiple islands are participating in the event on the same island.

At the end of each round, you can return to Flick to learn how many points you earned. The bugs you captured during the round will be transferred to a bug cage next to Flick. If you want to keep any of them (for instance, if you need to donate one to the museum), you can retrieve them from this cage. Otherwise, you can sell the bugs to Flick before beginning your next round of the event.

Each time you collect at least 10 points, you can turn those points in to Flick to receive bug-themed rewards, such as a Spider Doorplate and a Termite Mound. If you want to earn all of the event’s prizes as quickly as possible, we recommend participating in the event with at least one other player so you can earn those extra bonus points.

Are you excited about participating in the Bug-Off event in Animal Crossing: New Horizons? Let us know on Twitter at @superparenthq.