Solve Puzzles With Captain Toad in This Free Switch Demo 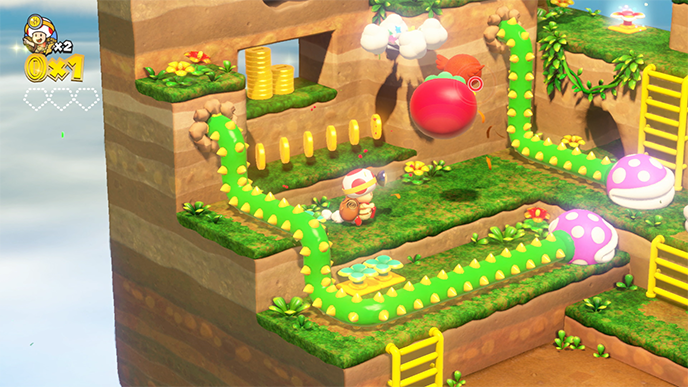 Captain Toad: Treasure Tracker was released for the Nintendo Wii U in 2014. The charming puzzle game starred the friendly mushroom character Toad from the Mario game series, and asked players to help him navigate obstacle courses and solve puzzles in unique 3D environments.

In each level, players could rotate the game world to view it from different perspectives and discover different paths for Toad to take. Players were asked to reach a gold star somewhere in every stage, and they could also collect coins along the way.

Like some other Wii U games (we’re looking at you Mario Kart 8 and Donkey Kong Country: Tropical Freeze), Captain Toad: Treasure Tracker will soon be released on Nintendo Switch as an updated experience. These updated releases give players a chance to try games they probably missed out on after their first release.

See, the Wii U was released in late 2012, and while it offered some great first-party games (including Mario Kart 8, New Super Mario Bros. U, and Super Mario Maker, among others), companies outside of Nintendo were hesitant to develop games for the console, and the Wii U sold very poorly as a result. To put it into perspective, as of March 2018, just 13.56 million Wii U consoles had been sold (the Wii U was discontinued in early 2017). The Nintendo Switch, which was released in March 2017, sold 17.79 million units in its first year.

The Switch is a major success for Nintendo, so it makes sense that it would want to expand the Switch catalog by re-releasing some of its Wii U games after throwing in some new features for users who may have tried the original versions.

In the case of Captain Toad: Treasure Tracker, the Switch version will include new levels based on the kingdoms Mario visits in Super Mario Odyssey. At the same time, GameSpot reported that four levels from the original game, based on Super Mario 3D World, will not be included in the new release.

In this new version, two players can also team up to complete courses by each using a single Joy-Con controller. When playing cooperatively, one player will move Toad around the environment, while the other can assist Toad by, for instance, providing covering fire to protect Toad from enemies.

Captain Toad: Treasure Tracker will launch on Nintendo Switch and Nintendo 3DS on July 13. As IGN reported, your kids can try the game before it launches by downloading a free demo on the eShop on both Switch and 3DS.