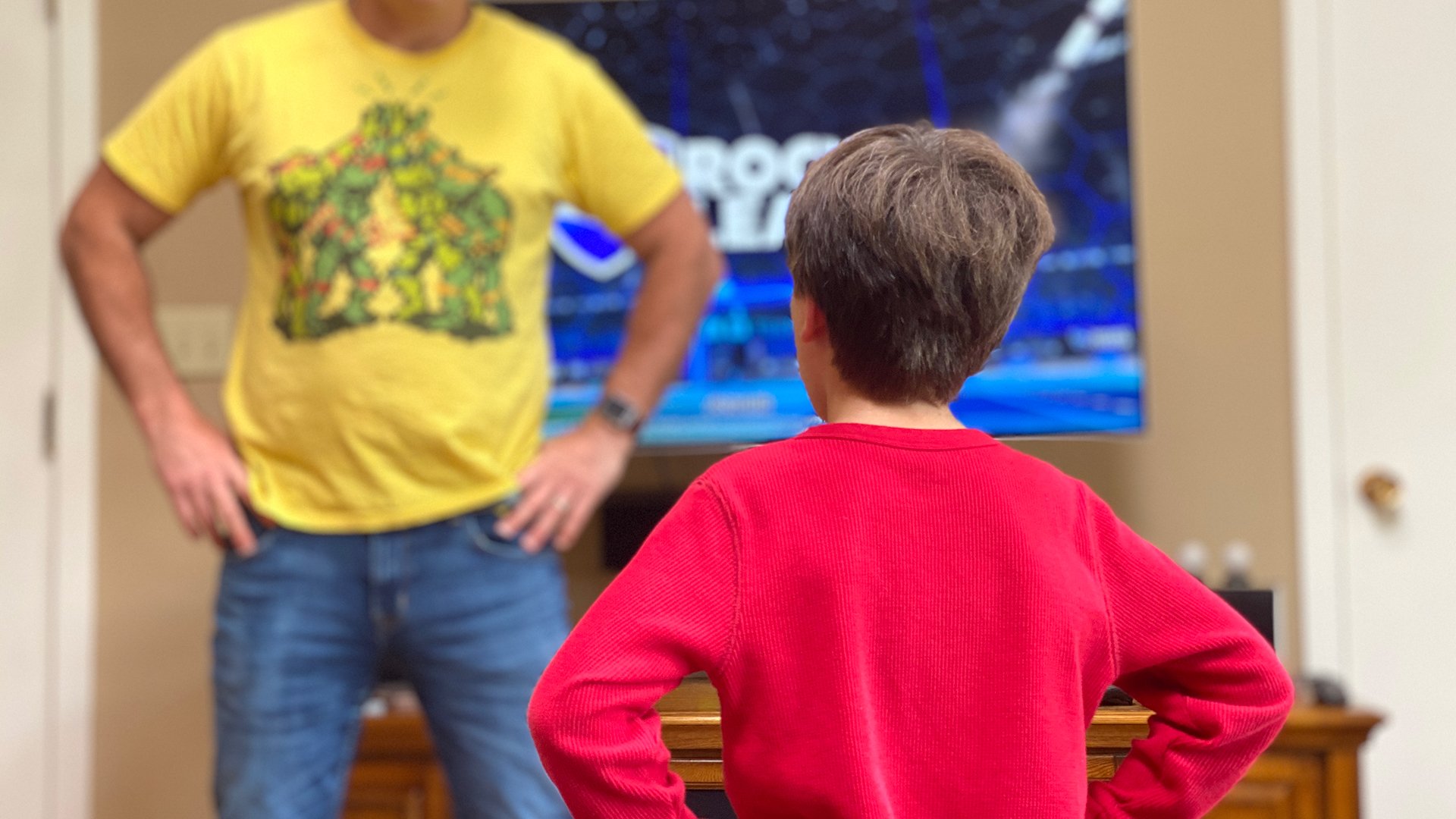 Those summer plans for Disneyland? Dashed. Legging it to Legoland? Looking more like 2021. Instead, we packed our bags and headed to the Isle of Armor in Pokemon Sword and Pokemon Shield’s Expansion Pass. Glamorous, I know.

Now, while it may not sound like much of a vacation, the kid has been looking forward to this. He played the base game, touring the Galar region well after becoming the undisputed champion. After I told him about the Expansion Pass earlier this year, he’s been itching to see new parts of the world.

Since I made the pick in our last Dad vs. Kid standoff, it was his turn to choose our virtual battleground.

In preparation for the release of the Expansion Pass, he went back into all his Pokemon books to study up on all of the ins and outs of Pokemon strategy. He became his own Rotom Dex (Parental translation: He became a walking, talking Pokemon encyclopedia).

After the Expansion Pass launched on June 17, we opted to forego our usual competition at first in order to explore the Isle of Armor together. He, playing Pokemon Shield. Me playing Pokemon Sword. So, while we had a handful of different experiences, we would travel the island together, solve missions, catch Pokemon, and then eventually throw down against each other in a Pokemon master battle for the ages.

One of the truly great things about Pokemon Sword and Shield is that they encourage you to play with others, whether they’re on the couch or online. I’ve written a bit about this.

For the early quests in this expansion, we were teammates. We went out searching the island together. Whether we were looking for Max Mushrooms, digging up Diglett, or we were hunting for rare Pokemon, we were having a blast together.

The bits of story in the Isle of Armor expansion are, admittedly, a little weak. Alright dialogue that my kid blew past (though I always love me a good pun based upon cheese. You get me, Master Mustard). However, there are a handful of features that make this game so much fun. For starters: The Diglett. As we traveled around the world together, my kid kept his Eagle eye open at all times for those little tufts of hair cropping out of the ground. That’s the only indication they are there.

(Editor’s Note: If you’re on the hunt for Diglett, check out our guides that will help you find all 150 in the 16 different spots around the island.)

Really, though, the star here is the island, itself. This is a huge open wilderness area for exploring. That made it the perfect game to play side-by-side with my kid. There are oceans filled with Sharpedo, deserts, caves, wetlands, and the new Dojo to discover.

A very important feature for my kid: you can have your Pokemon pals trail behind you as you run across the island. And, yes, you can bet that my kid enjoyed seeing his pet Wailord flopping behind him on land. (sadly, it more glides and teleports than flops….so here’s hoping valuable resources get poured into THAT for an update!)

When we weren’t doing that, we were supporting each other in Raid battles.

Every single Raid we got into, I would look to my kid first and ask him what he thought would be the best Pokemon to pull from my boxes to help. After all, he is the walking, talking encyclopedia. Remember this part for later. It’s important to the story.

Anyhow, we have a grand ol’ time playing together. We are leveling up, enjoying exploring, and just generally kicking back and relaxing like father and son do on a lazy Sunday.

Eventually, though, the need to compete rises up once again. The kid is talking up his favorite Pokemon and how he likes using certain abilities in battles and that’s when he innocently says, “Dad let’s see how you do in a test match. You know, for later.”

THE HUSTLE AND THE BATTLE

So, he tells me to go first, and pick out my favorite party of Pokemon that I would take into battle against him. That’s a pretty easy request: just use the main party I’ve been using for the past week or so. And I tell him that.

Since we’ve been playing together all this time, he’s well aware of my squad. That’s when he goes ahead and picks out the perfect counterbalance to my team.

If I was the “Justice League,” he created the perfectly opposed “Legion of Doom” to capitalize on each of my Pokemon’s weaknesses.

I should’ve seen that coming. I mean, that’s what I would do in the situation. I was just giving him the benefit of the doubt since he’s my kid. And that was my first mistake. The matches - if you can call them that - was over and done with pretty quickly. The first round he steamrolled over my first two Pokemon. I bounced back and kept him from sweeping me in the second round. Mostly because he was setting me up in the final match where I was left with a Rock- and Fire-type against his dragon. It didn’t end well for me.

Needless to say, I’m a little hesitant to teach him how to play pool for fear that he’ll start sharking others when he’s old enough.

All his time invested in watching the cartoons, studying books and cards were paying off….and I clearly need to do some advance intel scouting before we clash again this fall in the next Expansion Pass update, The Crown Tundra.