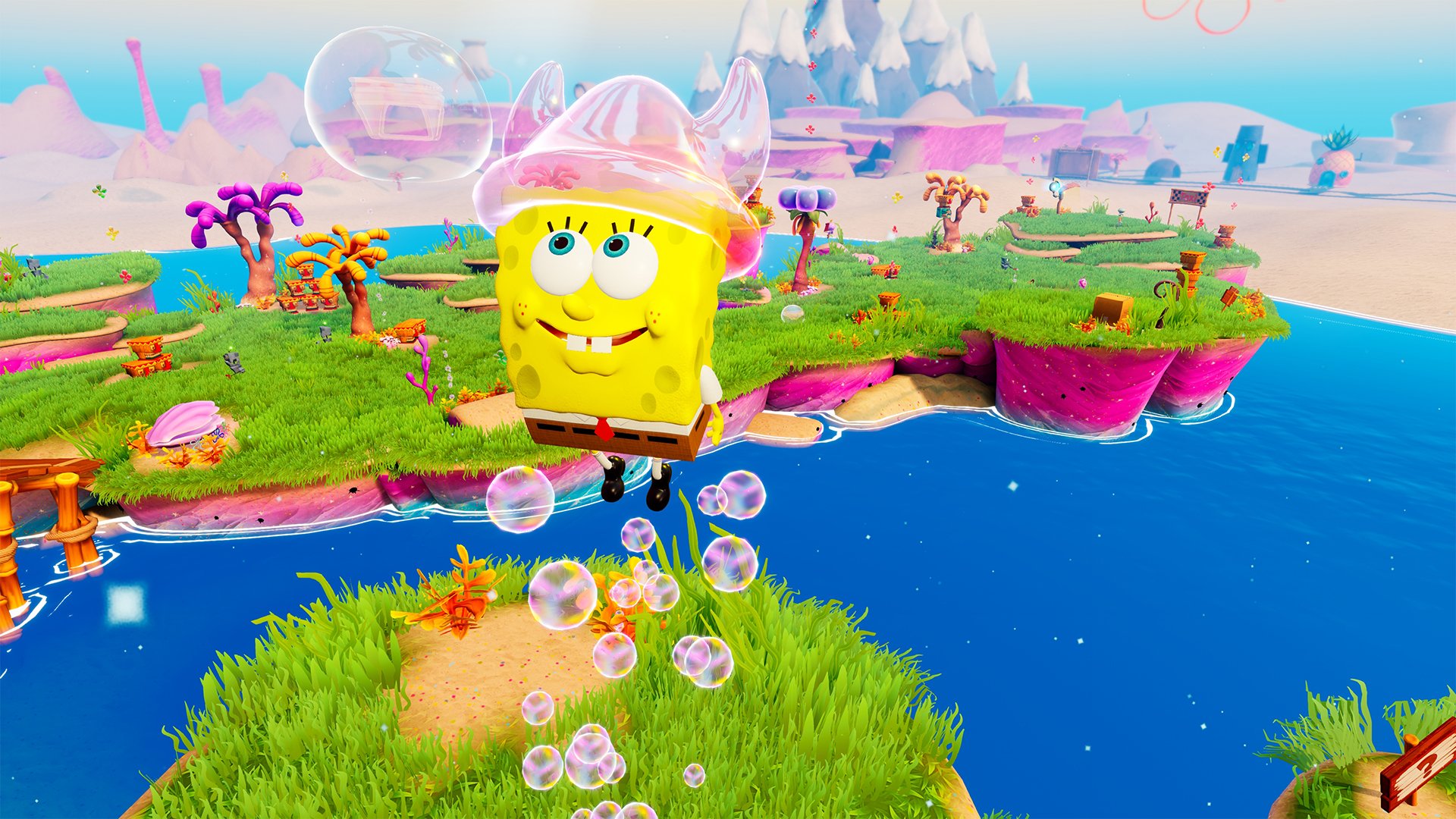 In this 3D platformer (think Spyro Reignited Trilogy or Gigantosaurus: The Game), Plankton has unleashed an army of evil robots on Bikini Bottom in his endless quest to steal the secret Krabby Patty formula. You’ll need to help Spongebob and his friends explore Bikini Bottom and stop the robot menace so things can get back to normal.

In Battle for Bikini Bottom Rehydrated, you can explore multiple areas around Bikini Bottom, including SpongeBob’s neighborhood, Jellyfish Fields, and more. You’ll run into multiple characters from the SpongeBob universe along the way, including Mr. Krabs, Patrick, Bubble Buddy, and others. These characters have voice acting, and you can turn on subtitles to read along as they speak.

Each area is filled with colorful “shiny objects” that you can collect, which serve as the game’s currency. You can spend this money to do things like open doors and rebuild broken objects (like a broken bridge). You’ll also need to collect special Golden Spatulas, which can help you unlock new areas.

If SpongeBob takes damage, he’ll lose one of his pairs of underwear, which represent his health. You can heal SpongeBob by finding and collecting extra underwear that are scattered throughout the game’s environments.

Finally, in addition to a single-player store mode, this updated version of Battle for Bikini Bottom also includes a new multiplayer mode that supports two-player offline and online play.

SpongeBob SquarePants: Battle for Bikini Bottom Rehydrated is available now on Switch, PlayStation 4, Xbox One, and PC for $29.99. The game is rated E10+ for Everyone 10+ by the ESRB.

Check out 26 minutes of SpongeBob SquarePants: Battle for Bikini Bottom Rehydrated gameplay in our video below (captured on Nintendo Switch). And keep checking back with SuperParent, as we’ll bring you a full review of the game in the coming days.

Disclosure: THQ Nordic gave SuperParent a code for this game for coverage purposes.