Kingdom Hearts Melody of Memory Will Test Your Reflexes This Year 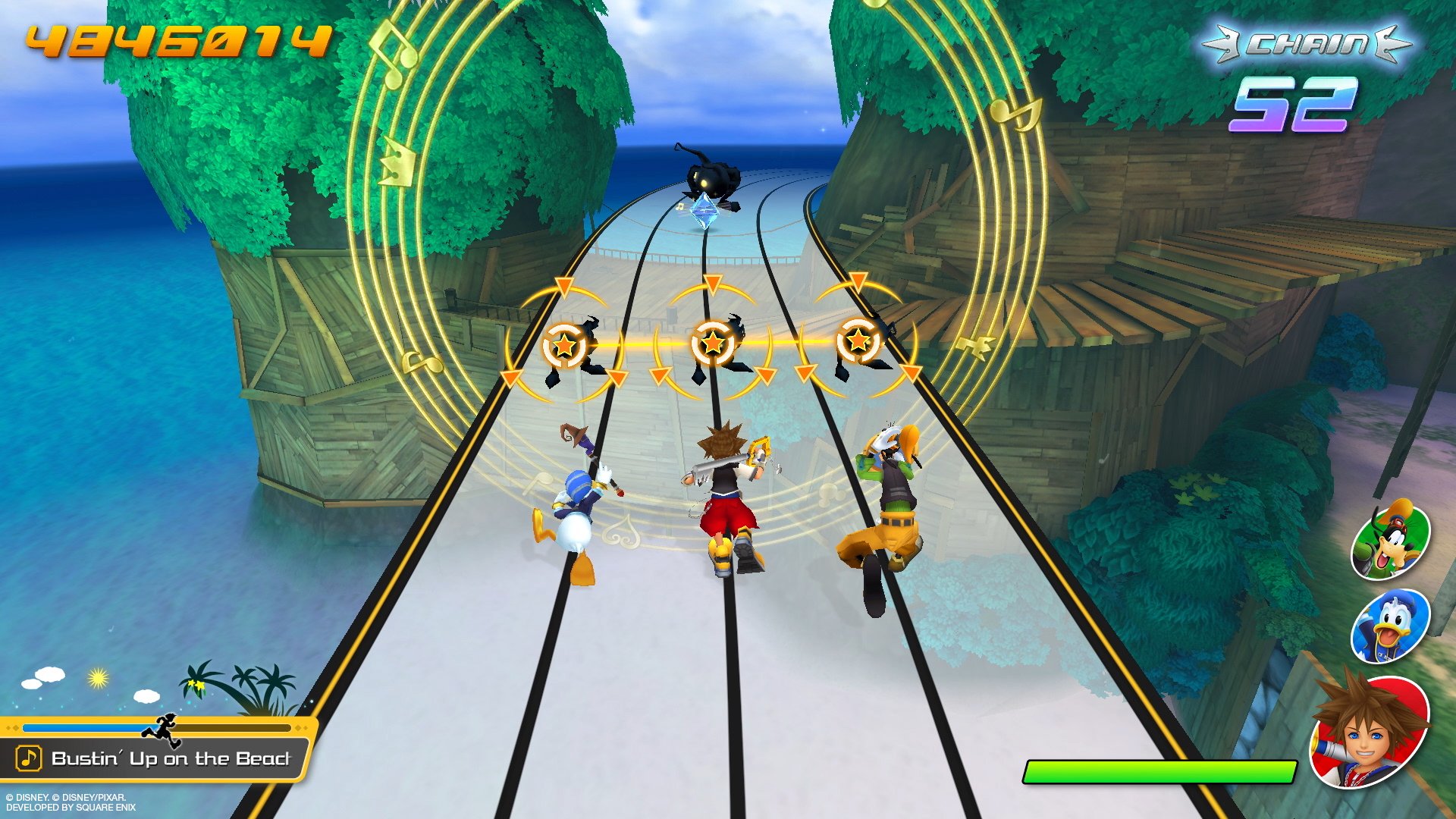 The next game in the Kingdom Hearts series will offer a pretty different experience for fans of the beloved action role-playing games.

Kingdom Hearts Melody of Memory is a rhythm game that will ask you to press buttons in time with the music to help characters like Sora, Donald Duck, and Goofy progress through levels. The game will include over 140 songs pulled from throughout the Kingdom Hearts series, as well as 20 different characters.

Melody of Memory will include four different game modes. For instance, you can play in a single-player mode, and play with others online in a multiplayer mode.

Kingdom Hearts Melody of Memory will be released on Switch, PlayStation 4, and Xbox One later this year. The game is rated E10+ for Everyone 10+ by the ESRB.

Finally, if you enjoy the music from Kingdom Hearts 3, you’ll soon be able to pick up the game’s official soundtrack. It will be released around the world this fall.

Are you excited to play Kingdom Hearts Melody of Memory? Let us know on Twitter at @superparenthq.

Animal Crossing New Horizons: What Was This Again Item Guide

Pokemon Go: The Pokemon TCG Is Getting a Professor Willow Card

Pokemon Go: How to Get The Bravest Bird Special Research Ticket