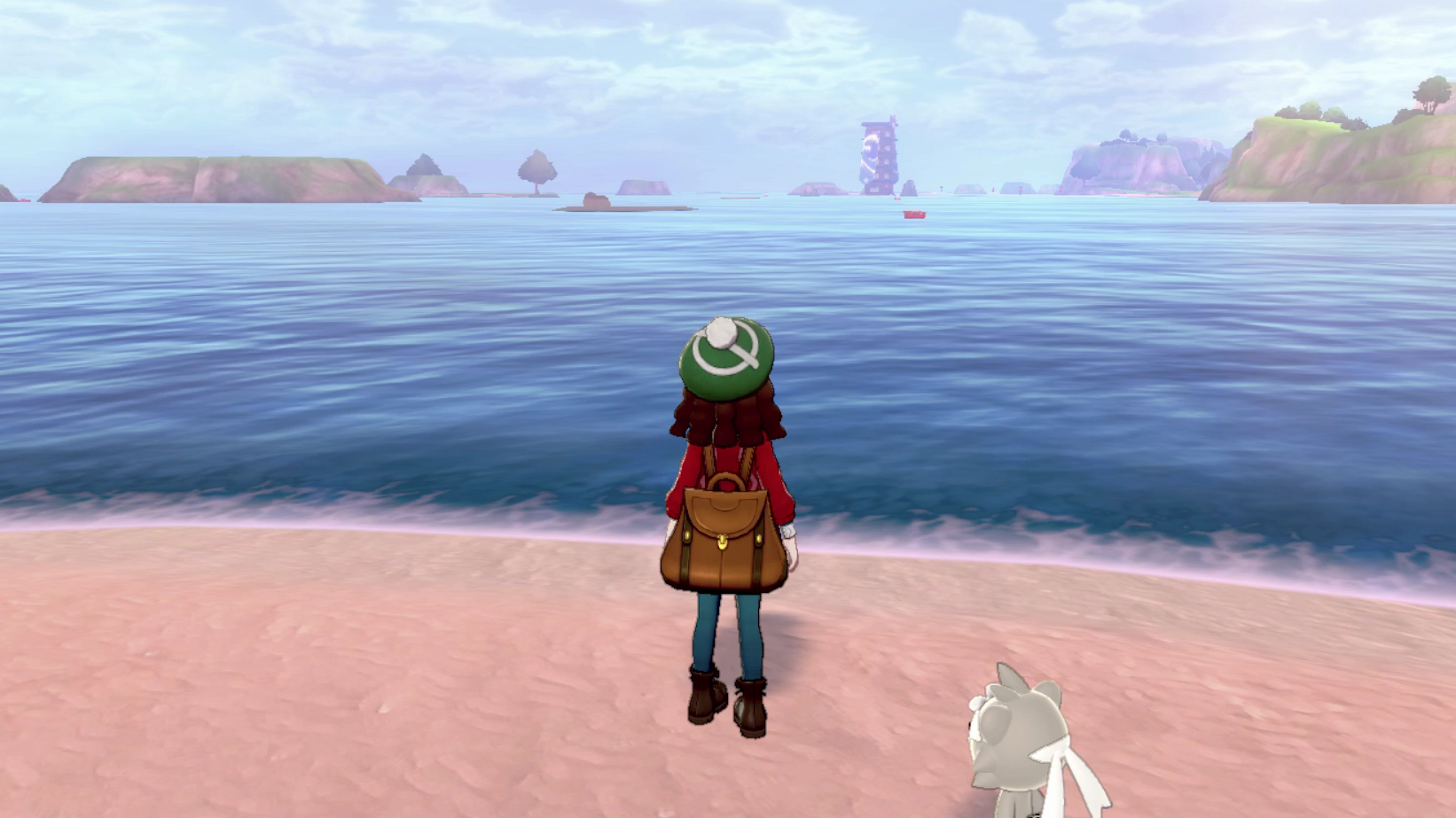 Trainers, there are 151 Diglett to find on the Isle of Armor in Pokemon Sword and Pokemon Shield, and seven of those are in the Stepping-Stone Sea. This area is on the left side of the Isle of Armor, next to Loop Lagoon and Challenge Beach.

Check out the gameplay video below to see where all of the Diglett are hiding in the Stepping-Stone Sea, or keep reading to view the text version of this guide!

When you enter the Stepping-Stone Sea from the Loop Lagoon, the first Diglett is on the same island as the woman who wants to trade her Mr. Mime for your Galarian Mr. Mime. We’ve included two screenshots for this Diglett. The first one shows you which island you should head toward as you’re leaving Loop Lagoon.

From this first island, head out across the water in the direction of the Tower of Waters in the distance. Stop at the next island that’s closest to you (we’ve pointed it out in the first screenshot below). There are two Diglett next to a rock on this island.

From here, head to the island in the distance that has two trees on it. Once you land on the beach, climb the short hill onto the grassy area and turn left. The next Diglett is at the end of the area, overlooking the sea.

Now, turn around and head back toward the beach. Instead of going back out onto the water, turn left and cross the patch of tall grass to reach the back of the island. There’s a Diglett hiding near a tree and Pokemon Den.

From the last Diglett, turn around and head over to the other large tree on the island. There are two Diglett near this tree. The first is next to the red flowers to the left of the tree.

The other is on the right side of the tree, near the edge of the land.