Play This, Not That: The Last of Us Part II 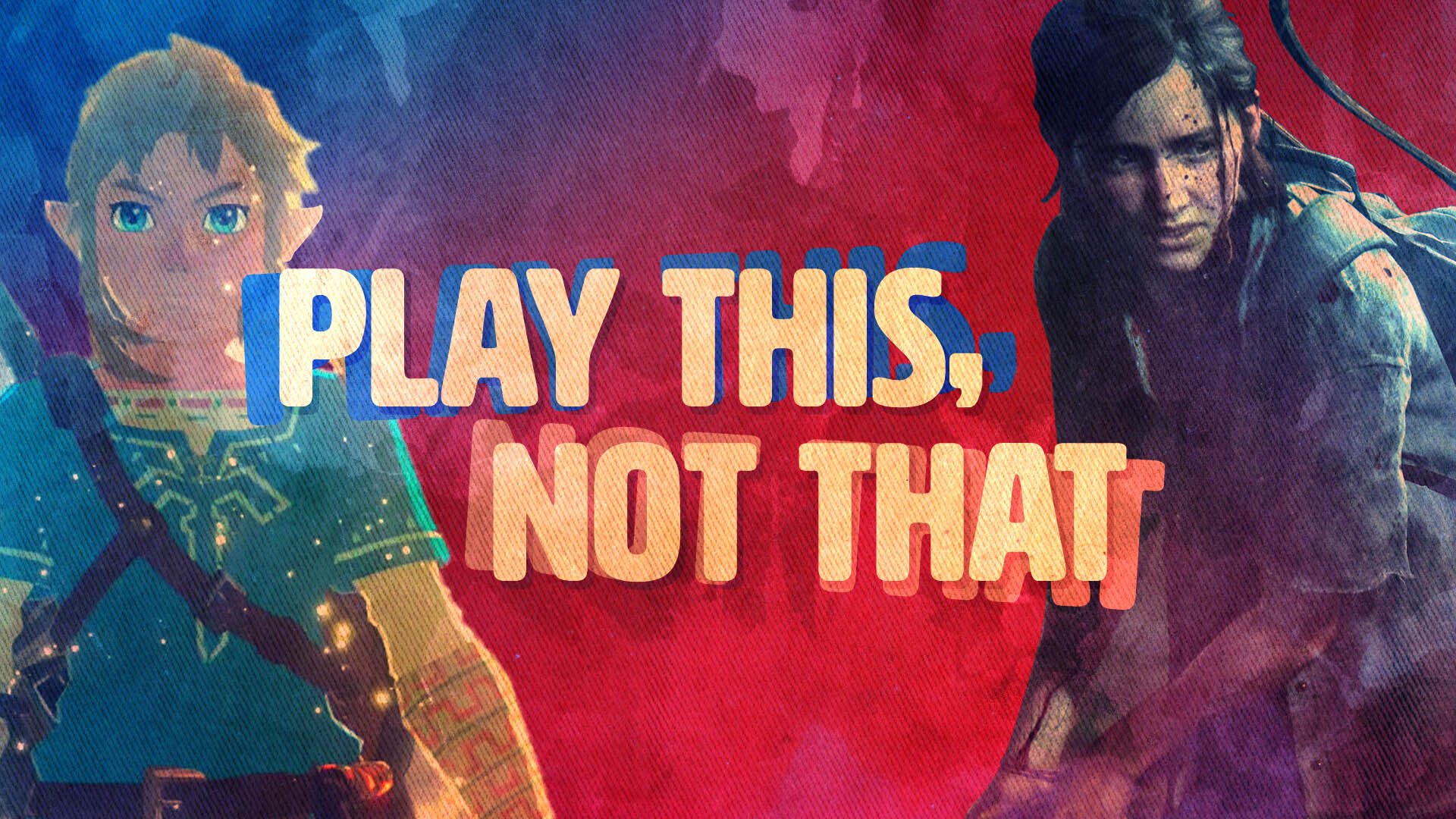 The adventure game takes players to a post-apocalyptic world where they must help a young woman named Ellie on her quest for vengeance (and survival). You can use stealth to explore environments, and you’ll have multiple tools at your disposal that you can use to kill enemies.

The Last of Us Part II is an incredibly violent game, and it’s been rated M for Mature by the ESRB. This means it’s been deemed inappropriate for players under the age of 17. The game has Content Descriptors for “Blood and Gore,” “Intense Language,” “Nudity,” “Sexual Content,” “Strong Language,” and “Use of Drugs.”

The Legend of Zelda: Breath of the Wild challenges players to help Link save the world of Hyrule from the evil Ganon. Breath of the Wild is an open-world game, meaning you can go almost anywhere at any time. This is different from The Last of Us Part II, which is a more linear experience. However, both games allow you to use stealth to approach enemies, and you have lots of freedom in how you decide to take those enemies down.

Horizon: Zero Dawn is an open-world exploration game that follows a young woman named Aloy on an epic quest in a post-apocalyptic world filled with dangerous robotic enemies. Like The Last of Us Part II, Horizon Zero Dawn allows players to use stealth to sneak up on enemies. The storyline and gameplay in Horizon: Zero Dawn aren’t without conflict or combat, but the experience isn’t nearly as violent as The Last of Us Part II, if graphic violence is a concern.

This strategy game challenges you to use stealth to help a team of agents complete missions. Levels take place in randomly generated environments, so you’ll need to react in real time to what you’re presented with. Your decisions have weight in Invisible, Inc., since agents can die (and remain dead) if things go wrong during a mission. If your teens are into games that require strategic thinking and slow, methodical progress, give this one a look.

On the surface, Untitled Goose Game looks nothing like The Last of Us Part II, but hear us out. In this clever little puzzle game, you play as a mischievous goose who must complete objectives in different environments around town before moving on to the next area. For instance, you start near a backyard garden, which is being maintained by a groundskeeper. In this early area, you’re asked to complete tasks such as stealing the groundskeeper’s keys or throwing his rake into the nearby lake. You’ll need to use strategic thinking and problem solving to figure out how to complete each task, and you can even use stealth to complete some tasks (or to avoid the humans who want you to leave them alone). Untitled Goose Game isn’t violent, and it takes place in a happy, colorful world, rather than in dark and gritty environments. However, if you decide your teens may need a break from the mature content, we can’t recommend this game enough.