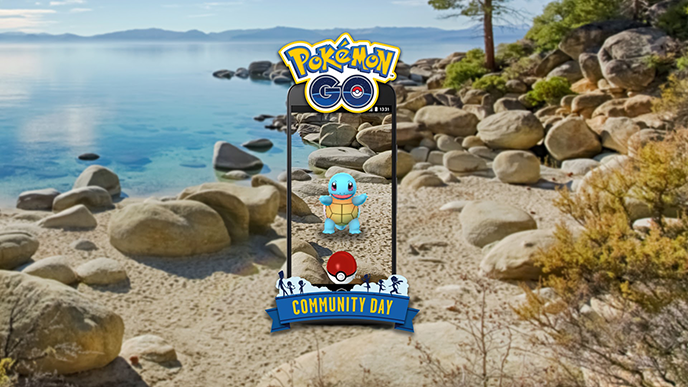 This Water-type turtle Pokemon is one of the three original “starter” Pokemon featured in the Pokemon Red and Pokemon Blue video games on Nintendo GameBoy (as well as in Pokemon Go). The other two creatures, Bulbasaur and Charmander, have already had Community Day events of their own, so it was only a matter of time before Squirtle had its day in the sun.

July’s Pokemon Go Community Day will take place from 2 p.m. ET to 5 p.m. ET. Squirtle has two evolution forms -- Wartortle and Blastoise -- and every Blastoise created during this event will have an exclusive battle move that’s yet to be announced.

Keep in mind, by the time July’s event takes place, we’ll have access to the game’s new social features, including the in-game friends list and ability to trade Pokemon with other players. These features will begin rolling out this week.

If you want to make a lot of friends (and capture a lot of Pokemon) fast, head to a part of town with a lot of PokeStops and Gyms in a small area. That way, you’ll be more likely to run into other players who you and your kids can befriend and even trade Pokemon with.

Need some tips on where to go? While every town is different, we suggest checking out your town’s downtown area. This area may have a number of older buildings that have historical markers, which are often PokeStops in Pokemon Go. Or, if you live in a college town, take a trip through campus. There may be some older buildings or statues nearby that are PokeStops or Gyms. Even if you live in a small town, finding at least one cluster of PokeStops will help ensure your Community Day is a success.