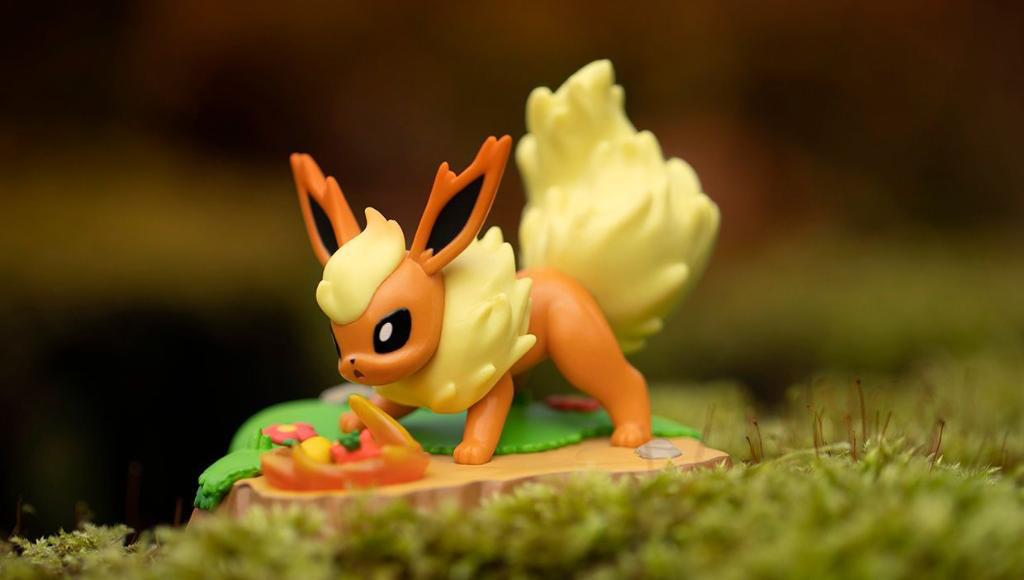 Trainers, the latest figure in Funko’s “An Afternoon with Eevee and Friends” collection is now available.

This figure features Flareon, Eevee’s Fire-type evolution, which is standing near the edge of a grassy area and shooting fire at some berries.

The nine figures in this collection are designed to create one larger scene when they’re all placed next to one another. Flareon stands near the back-right corner of the scene, directly to the right of the Sylveon figure that was released in April.

Four additional figures in this series have yet to be released. They will feature Espeon, Jolteon, Leafeon, and Umbreon.

What do you think of this latest figure in the Eevee & Friends collection? Let us know on Twitter at @superparenthq.