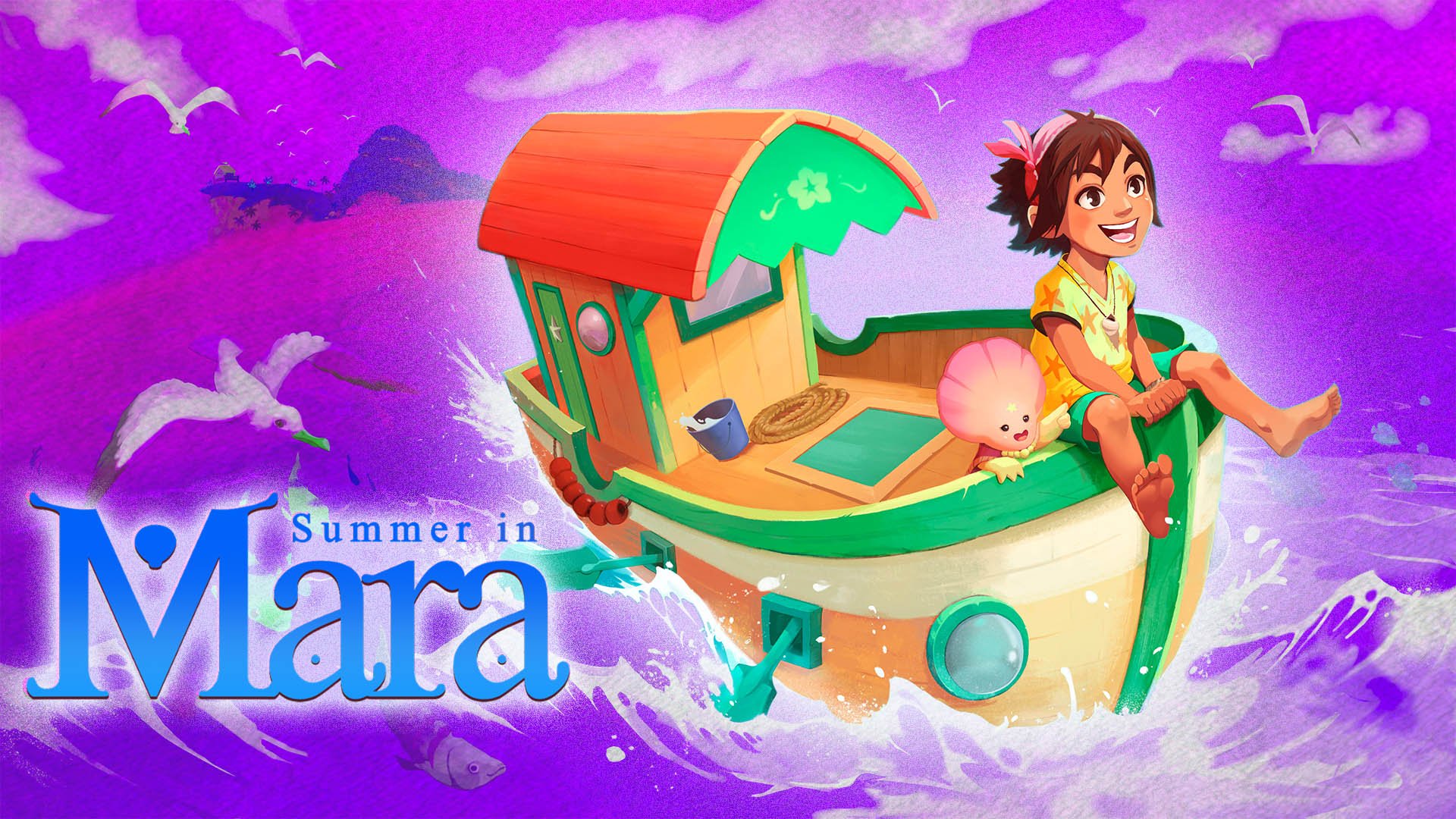 Summer in Mara is a farming simulation and adventure game that is now available on Switch and PC.

We had a chance to check out the Switch version of the game.

What is Summer in Mara about?

Summer in Mara follows a young girl named Koa, who was raised by her grandmother on a deserted island. Now on her own, Koa meets a mysterious (but friendly) creature on her island and embarks on a journey that takes her away from home and across the high seas.

What do you do in Summer in Mara?

Summer in Mara contains many of the features you’d expect from a “farming simulation game.” You can farm crops, mine for resources, go fishing, harvest fruit from trees and bushes, collect recipes, and craft a variety of tools, food items, and more.

Koa has a limited amount of stamina to spend on tasks like mining and chopping down trees (as examples), and she’ll also get hungry over time. You’ll need to create or collect food items to feed her, which solves her hunger and gives her more energy. The game also has a day and night cycle, which progresses much faster than real time.

These are pretty standard features for the genre (games like Animal Crossing: New Horizons and My Time at Portia share many of these features), but Summer in Mara is about more than this simple farming and crafting lifestyle. Early on, Koa gains the ability to leave her home island and can begin traveling around the game’s tropical waters, which are full of other islands to visit and explore.

While you have some freedom in choosing the order that you complete actions (that is, you can choose which crops to plant, when to chop down trees, and so on), you’re guided through the game’s storyline via hundreds of different quests.

Koa will meet lots of different characters on her journey, and many will have tasks for her to complete. Unfortunately, most of these quests are some version of “Fetch” (“Collect this item for me”) or “Deliver” (“Give this item to someone”), which becomes quite tedious over time.

Many of these quests ask Koa to grow specific crops or create certain recipes, which she can sadly only do on her home island. This means you’ll need to take lots of trips back home to complete these tasks before returning to the person who gave you each quest. This adds length to the game (which you spend sailing to and from your home island), but it hurts the overall experience. Part of this repetition could have easily been avoided by having a crafting table on every island, or even a crafting table on Koa’s boat.

Furthermore, each major character on Koa’s journey has different quests for her to complete, and it’s possible for you to receive quests that you literally can’t complete at the time because you don’t have access to the right item, like an ingredient or crafting recipe. This includes main story quests. This is such a problem that you will sometimes have multiple quests available but only one that you can actually complete, and you’ll need to figure out which one that is. This makes the entire quest system much more confusing than it needs to be.

The game also doesn’t feature a waypoint marker telling you where to go to complete your next objective. Instead, you’re left to figure out where you are and where to go on your own (when you’re on the high seas, a map will show you your current location, but this doesn’t apply when you’re on an island). To be fair, items and people that you can interact with are marked (either with a pulsing, floating arrow or a small symbol above them), but you can't really see these symbols from far away, so they provide very limited help.

While the gameplay loop in Summer in Mara is relatively simple, the game’s tutorial is quite lacking, leaving you to figure out most of the controls on your own. Plus, lots of events take place between the first and second in-game days, but these aren’t really explained, so you may be confused when you wake up on the second in-game day and so much has changed around your island (we would love to explain this in more detail, but we don’t want to spoil the storyline).

We also ran into multiple bugs while playing (including one that forced us to quit and reload the game) and the soundtrack seems to cut in and out at random.

When you look at all of the issues in the game as a whole (we haven’t listed them all), the first few hours of Summer in Mara especially are hard to enjoy. If you’re willing to power through or overlook these problems, the game does eventually reach a better “flow,” though that progress can still come to a screeching halt when you reach a group of quests you can’t complete just yet. If you’re interested in letting a youngster play this game, you may need to sit down with them for the first few hours to make sure they get the hang of things.

The game’s dialog is presented through text, rather than voice acting, so players need to know how to read. We also ran into an instance of adult language in the dialog.

Summer in Mara has a strong premise, interesting character designs, and lovely graphics (sunrise and sunset on the ocean are especially beautiful). However, the game unfortunately fails to reach its full potential due to its design oversights and technical issues.

That being said, none of the game's issues are so egregious that they can't be fixed in a future update, if the developer decides to release one.

In the game’s current state, however, we can’t really recommend picking this one up.

Disclosure: SuperParent received a code for Summer in Mara for coverage purposes.