6 Tips for a Fun Stay-at-Home Summer 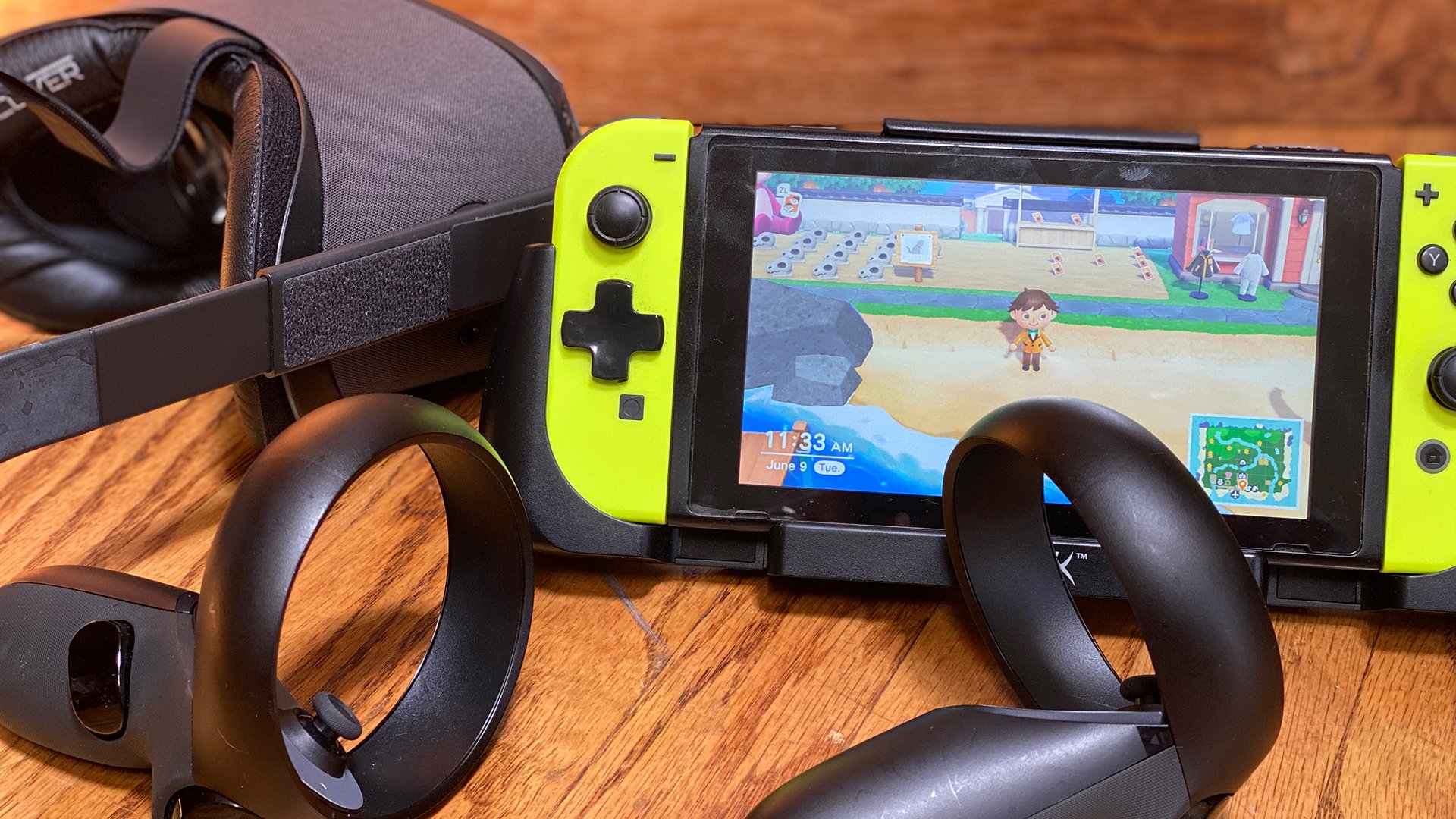 Summer’s here and, well, things have changed. Your summer travel plans are likely on hold. You’re doing your best to keep the family safe - and sane - but you still want to have fun. We’re here to help in some small way. I’ve chronicled six things that have helped keep the kid entertained and the parents (me, at least) sane as the weather turns nice. In fact, some of these worked so well that I’m planning separate stories for some of the points below.

Make sure to let us know if you want more suggestions or details for how to make your stay-at-home summer a blast!

1. A family that Switches together, sticks together.

The Nintendo Switch really is a great, unifying gaming device when you want to get the whole family in on the action. You’re going to notice that as a recurring theme here. Everything from digital board games to puzzle-solving adventures and cooperative multiplayer games that allow you to work together are a blast when you’re all on the same couch. A couple of quick recommendations for you include: Clubhouse Games (pictured), Pokemon Sword & Pokemon Shield, Rocket League, Totally Reliable Delivery Service, and Untitled Goose Game, to name a few!

I recently went into some detail about how we’ve been playing these games, together -- and having a blast. You can check that out right here.

2. Use an Oculus Quest or Nintendo Switch when you need a SuperParent-grade break.

One of the things they don’t tell you in the adulting handbook is how parents need to sneak in their own game breaks every once in a while. You’re only human, after all. If you’ve got the room in your place - and can actually lay hands on an Oculus Quest - there really is no better way to escape the insanity for a bit. There’s literally a virtual Vacation Simulator game that you’d laugh off as a joke six months ago (and, it is a funny game!) but here we are...in the summer of COVID. Yeah.

That aside, while there are many other rock solid game-playing options, the Nintendo Switch remains hard to beat for one simple reason: You can take it with you, anywhere. Whether you want to play a game on your TV or duck into a corner of the house and unwind for a bit, the Switch is handy. So long as you factor in the device’s battery life and the fact that it’s about as ergonomic as a bar of soap.

The good news: We recently tinkered with a peripheral that gives you extra playtime and makes the Switch more manageable for adult-sized hands: The HyperX ChargePlay Clutch. I gave one a test drive recently and was pleasantly surprised. You can read more about that here. Full disclosure: HyperX is a sponsor of SuperParent, but our coverage is objective.

These days, you don’t need to be a professional to splice together a sweet little film. During the break, bring out your kid’s creativity. If you’ve got any flavor of iOS device, you already have iMovie at your fingertips. Or, if you’re rocking any Windows 10 device, fire up the Photos app. You may not realize it, but both of these full, free apps give you a lot of power over basic video editing and laying in audio tracks. Sure, you may not be able to layout a complicated graphics package, but it’s a good opportunity to teach your kid how to tell a story.

If you’re ready to create a quick and dirty video with your kid this summer, here are some tips on getting started:

4. Build your own board game with Lego blocks.

Have a couple crates-worth of stray Lego bricks? Got a spare 6-sided die lying around the house? Let’s build a board game! This is something I’ve been doing with my kid for a little while now, and I can highly recommend taking a little bit of time to create your own adventures. In fact, I am in the middle of assembling a larger story about how to do that and will give you some suggested rules to get you started.

For now, though, let me leave you with a picture of a recent board game my kid created, where the goal is for the Wizard and Barbarian to team up and rescue the magic frog from a vampire and return it to its momma. He called it, “The Frog Prince and the Revolution.” No joke.

If you want to take it a step further, we’re exploring the idea of turning our entire house into one giant board game! (There’s another story brewing on that front).

5. You need help tuning out (with a headset).

There’s a LOT going on around the house. Sure, you’re doing your best to be there for your kid, but you’ve gotta juggle that with your job and whatever else is happening. Maybe you need to be on a call. You may need to play a game… or, yeah, maybe you need to toss your lovely child the headset so that they can do their own thing for a few minutes to give you some peace and quiet.

We have a suggestion for you on this front: Keep a spare jack-of-all trades pair of headphones laying around the house in case of an entertainment emergency. Like the HyperX Cloud Stinger Core. It’s a basic headset, but it’s also pretty versatile without breaking the bank. What it lacks in high-end, “gee whiz” features, it more than makes up for in value. It works with everything that has a headset jack: PC, console, Switch… even an iPhone (if you have the dang dongle).

6. Get creative with remote-controlled toys.

Kids are getting a lot of screen time these days. You’re trying to get a job done, they can’t go to camp, and they aren’t in school. One thing we’ve been trying lately is encouraging the kids to play with remote-controlled toys together. They can still play, keep their distance… and there’s something visceral about having a real-world avatar to control. Just the other day, we converted a part of the house into a mini-Rocket League map with a small ball and a couple of cheap remote-controlled cars!

How about you? What are some of your best stay-at-home summertime tips? We’d love to hear what you’ve been doing, so tweet us at @superparenthq.