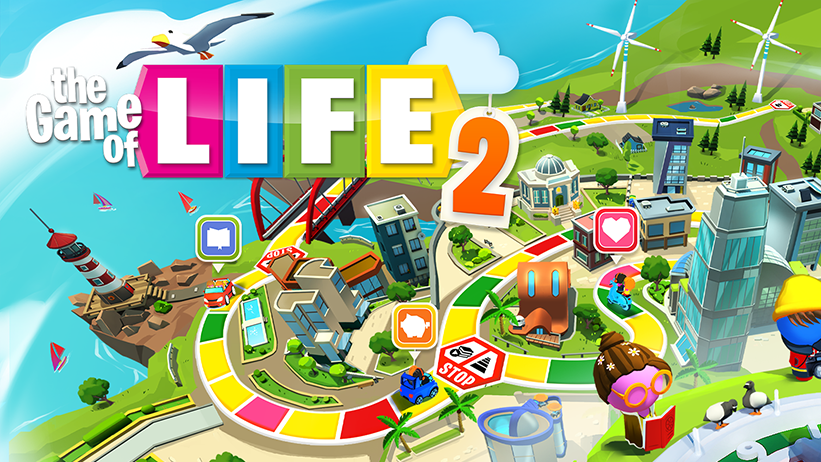 The Game of Life is a classic family-friendly board game that allows players to quickly live an entire life with the goal of retiring with as much personal wealth as possible.

Now, developer Marmalade Game Studio and Hasbro are preparing to launch a sequel to The Game of Life on mobile devices.

The Game of Life 2 will have the same basic structure as the original game, in that you’ll still progress through your in-game life one turn at a time. However, the game has been updated to include more modern day careers and life choices, such as becoming a video blogger or going back to school at an older age.

While you’ll still be able to win the game by accumulating the most wealth, there will also be two other win conditions related to happiness and knowledge. In addition, you’ll be able to customize the peg that represents you by choosing from new peg colors and outfits.

You’ll be able to play The Game of Life 2 on your own against computer-controlled opponents, take on friends and family on the same device, and compete against other players through online multiplayer.

The Game of Life 2 will be released on iOS and Android devices this July for $3.99. It’s available to pre-order now.

Are you excited to try this new take on The Game of Life? Let us know on Twitter at @superparenthq.