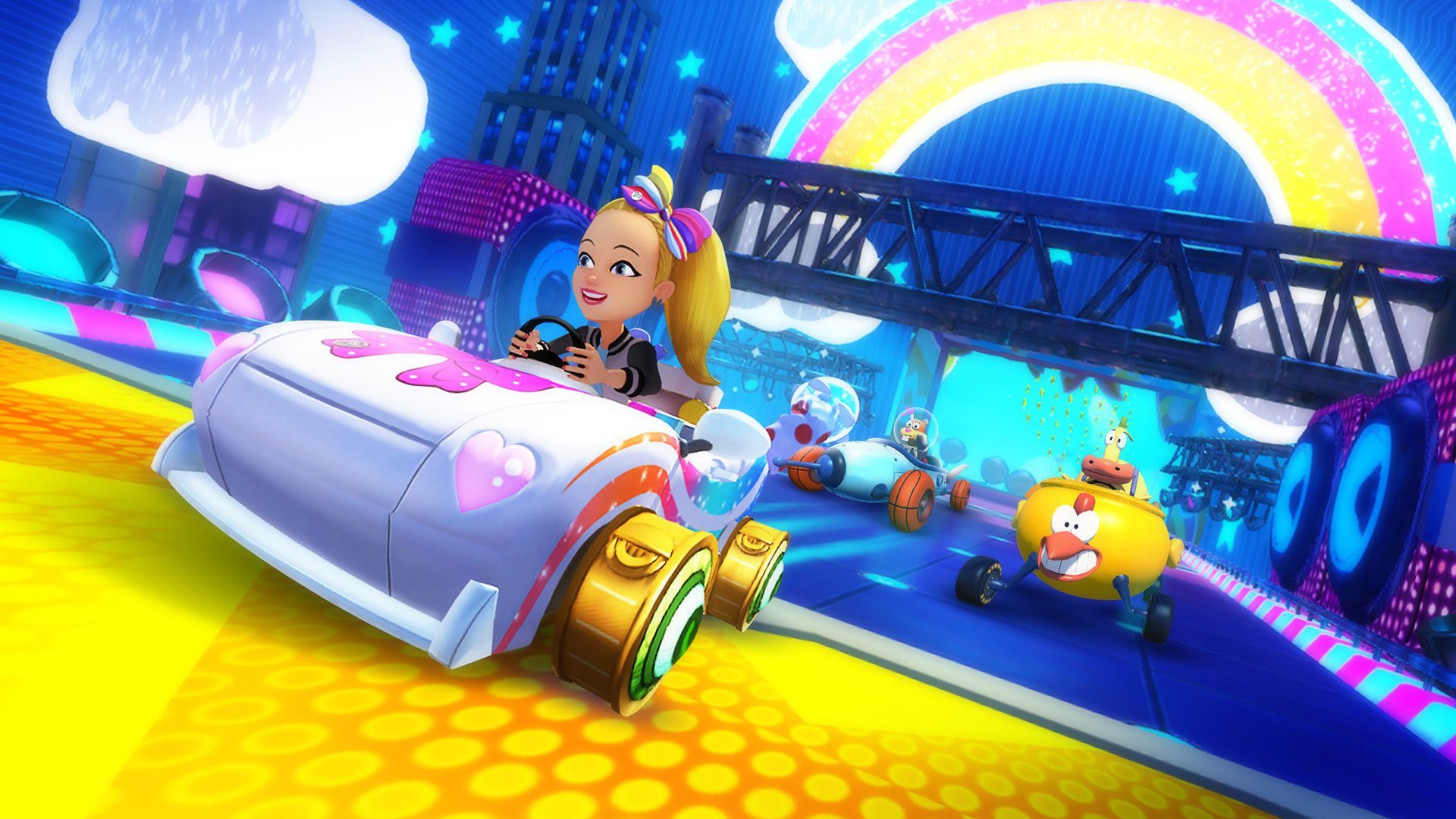 In Nickelodeon Kart Racers 2: Grand Prix, players will be able to race around 28 different tracks, as well as compete in two new battle arenas. You’ll be able to choose from 30 different racers.

Only a few of the game’s racers have been revealed so far. Here are just some of the racers you’ll be able to choose from (you can see even more in the trailer above):

According to the press release announcing the game, you’ll be able to “[a]ssemble a pit crew from any of over 70 bonus Nickelodeon characters and deck your kart out with parts inspired by their beloved shows.”

In addition to playing on your own, Nickelodeon Kart Racers 2 will allow you to compete against other players online in up to eight-player online races, as well as face off against friends and family in the same room in up to four-player split-screen multiplayer. (“Split-screen” means that every racer will look at the same screen to play, but each one will have a different portion of the screen to look at.)

Nickelodeon Kart Racers 2: Grand Prix will be released on Switch, PlayStation 4, and Xbox One this October. The game is rated E for Everyone.