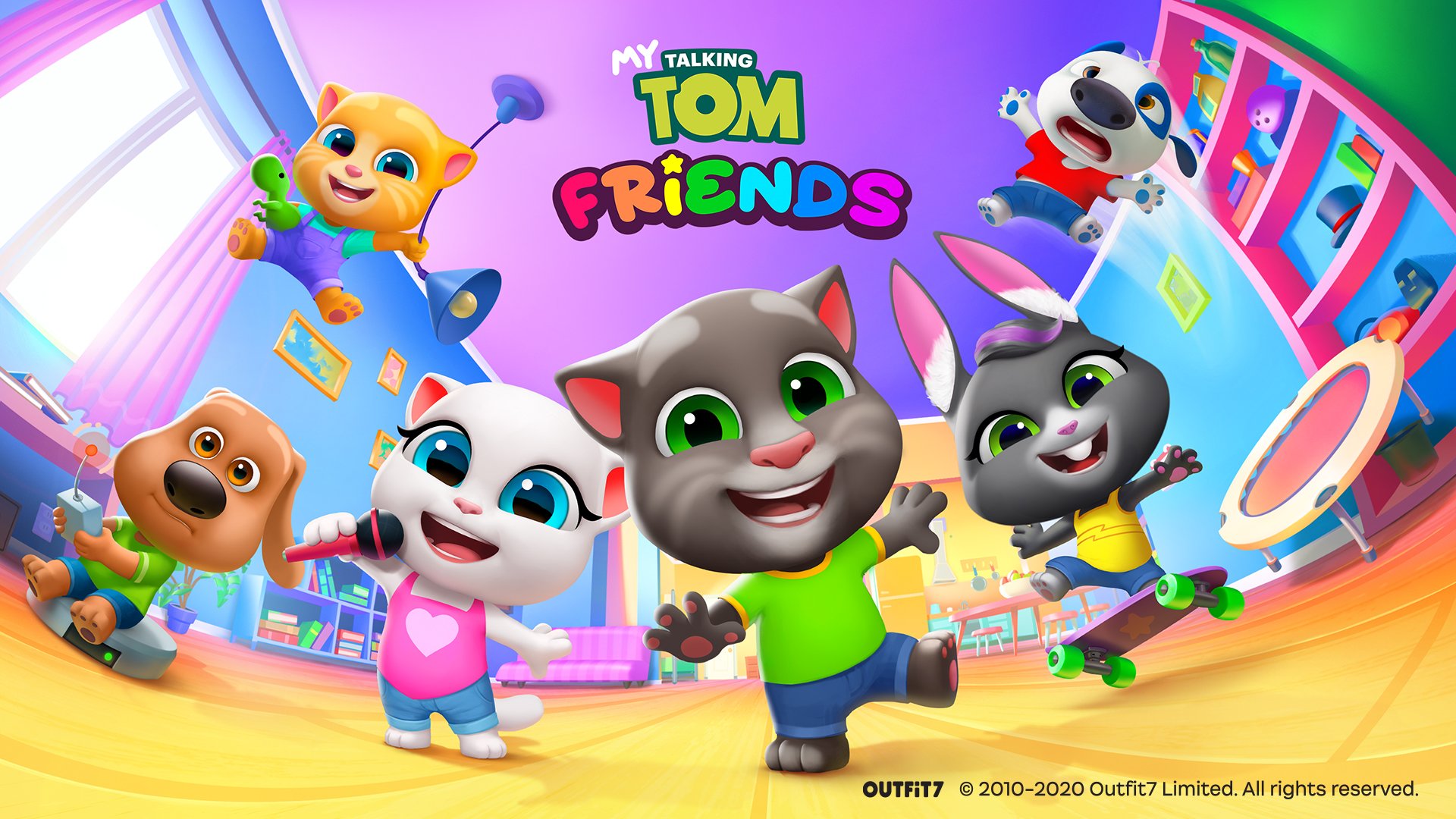 The pet simulation game allows you to take care of multiple animals from the Talking Tom franchise, including Tom, Angela, Hank, Ben, Ginger, and Becca. You start with just Tom before quickly unlocking Angela and Hank, and you can unlock the other three characters as you play.

The six animals share a house with multiple rooms, including a kitchen, bathroom, backyard, and more. You’ll need to take care of each character’s needs and wants by making sure to feed them when they’re hungry, bathe them when they’re dirty, put them to bed when they’re tired, and so on.

Your animal friends will also frequently want to play with toys or interact with specific objects around the house (you’ll know what a character wants to do by looking at the thought bubble above their head). You can drag a character onto an item to have them interact with it, and this interaction takes time to complete.

In many cases, these objects (like a board game, microscope, and soccer ball) are associated with mini-games that you can play with the animal. For instance, when a character wants to play a board game, you can join them for a quick game of “Snakes and Ladders,” or simply allow the timer to run down as they play on their own.

You start with a limited number of objects available to play with, but you can purchase more using two types of currency (including premium currency that you purchase with real money). As you play, you’ll also unlock the ability to take trips to town, where you can visit stores and collect free items, like toys and food, among others.

Finally, as you complete activities with your animal friends, you’ll unlock even more free items and other rewards (like currency). You can also dress up your characters using the various clothing items you can collect over time.

My Talking Tom Friends is available to download for free on iOS and Android. The game is rated 4+ on iOS and E for Everyone on Android. While the game is appropriate for kids, it does contain some literal toilet humor (sound effects) when characters go to the bathroom. The game is also heavily supported by in-game advertisements. You can turn these off by making sure your device is set to airplane mode (or not connected to the internet) before you play.

Check out 13 minutes of My Talking Tom Friends gameplay in our video below.