Animal Crossing New Horizons: How to Catch an Atlas Moth 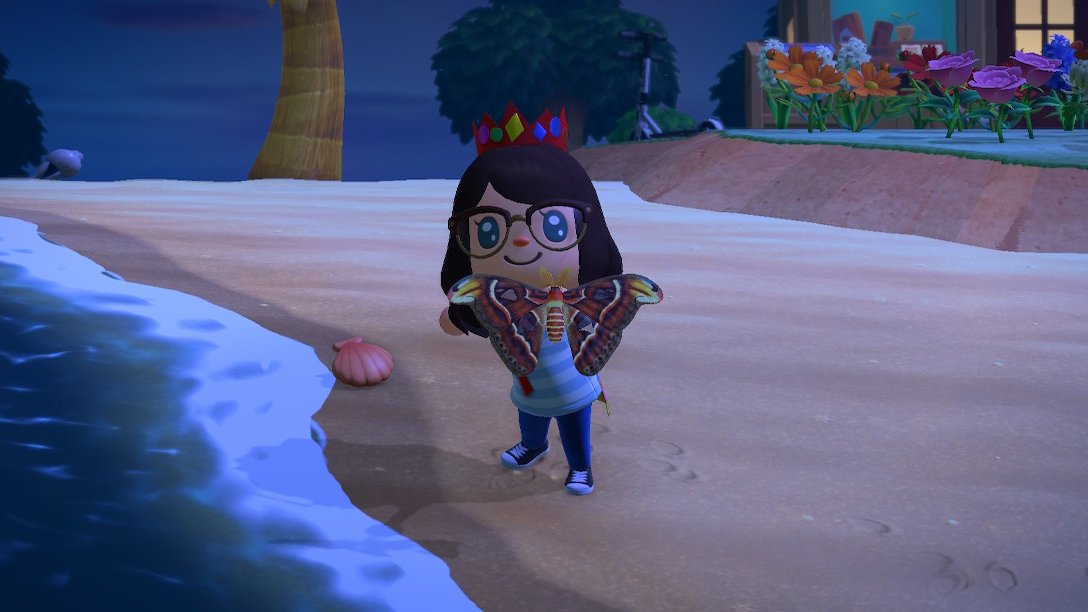 The atlas moth is one of the largest insects in Animal Crossing: New Horizons, and it’s also one of the hardest to catch. Here’s everything you need to know about finding and catching this insect on your island!

The atlas moth is a very skittish insect, and it’s very easy to scare one away if you get too close to it (even if you’re approaching it slowly). To improve your chances of catching an atlas moth, remember to hold down the “A” button on your controller to slowly creep up on the insect with your net drawn. When you release the “A” button, your character will swing the net in the direction they’re facing.

We also recommend swinging your net when you’re as far away from the atlas moth as possible. That is, it’s best to swing the net as soon as you’re close enough to the bug to actually catch it, because it may become frightened and fly away if you walk too close.

When you catch an atlas moth, your efforts will be well rewarded. You can sell this bug for 3,000 Bells at Nook’s Cranny, or for even more if you sell it to Flick. Just remember to donate one to the museum, too!