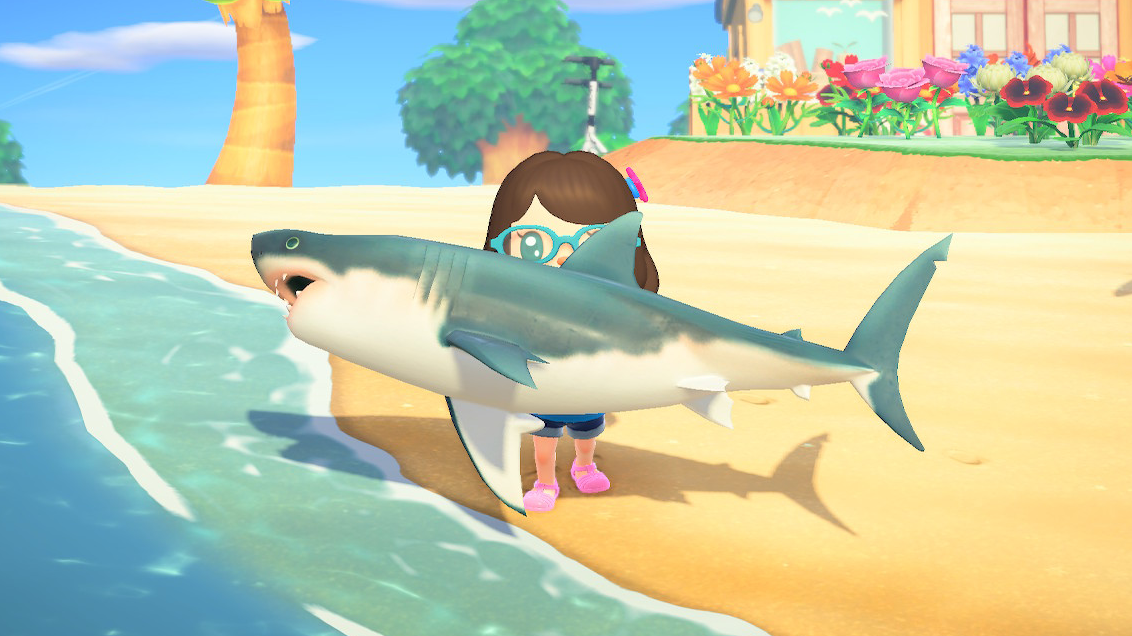 The great white shark is one of the most valuable creatures in Animal Crossing: New Horizons. If you’ve yet to capture one, our guide is here with everything you need to know about this massive fish!

Like other sharks in New Horizons (as well as the suckerfish), the great white shark has a shadow with a fin that sticks up out of the water. You can see what one of these shadows looks like in our short gameplay clip below. Please keep in mind that even though we captured a great white shark off of the pier in our video, the shark can appear elsewhere in the ocean as well. It’s not limited to only appearing around the pier.

If you want to potentially speed up your search for a great white shark, remember that you can use Fish Bait to cause fish to instantly appear in the water. You aren’t guaranteed to run into a great white shark using this technique, but it may allow you to find one faster than if you weren’t using the bait.

Finally, great white sharks can be sold for 15,000 Bells each at Nook’s Cranny. If you want to earn even more Bells for these fish, you can hold onto them and sell them to CJ when he visits your island.