Animal Crossing New Horizons: How to Catch a Saw Shark 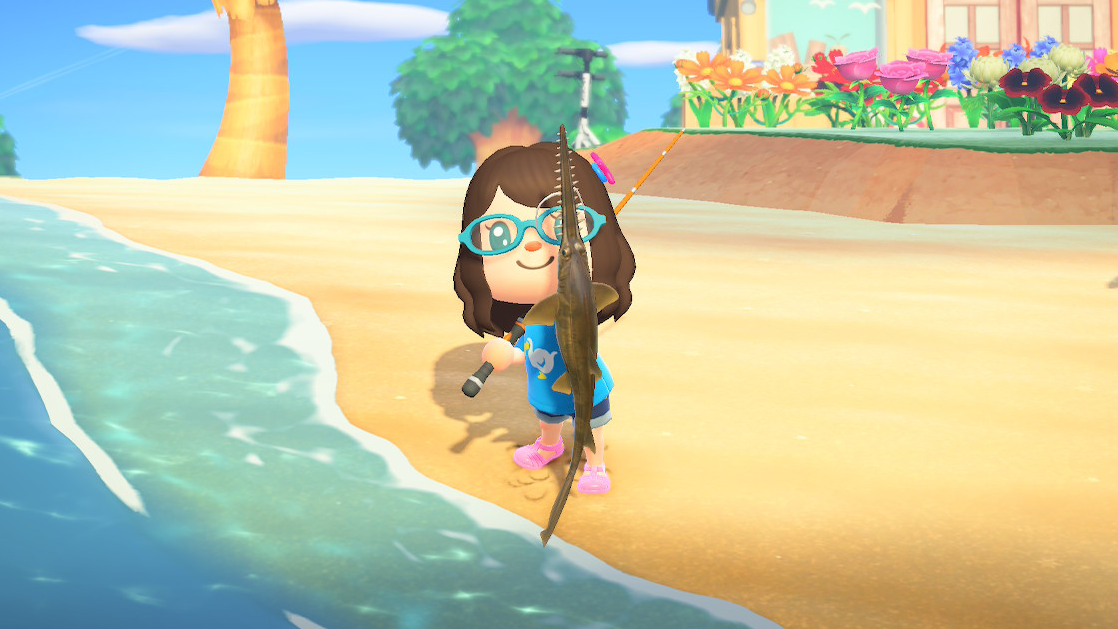 There are quite a few sharks to catch and donate in Animal Crossing: New Horizons, including the saw shark, which is now appearing in the ocean around islands in the Northern Hemisphere.

Like other sharks (and the suckerfish), the saw shark shadow has a fin that sticks up out of the water. If you’ve yet to see one of these shadows in your own game, check out our gameplay clip below to see exactly what they look like. That way, you'll have a better idea of what to look for around your own island.

If you want to speed up your search for a saw shark, remember that you can use Fish Bait to cause a random fish to instantly appear in the water in front of you. There’s unfortunately no guarantee that a saw shark will appear using this method, but it may allow you to find one faster than if you were searching for this fish normally.

Also keep in mind that you’ll need to donate a saw shark to Blathers if you want to complete your museum collection. After that, you can sell any extra saw sharks you may catch for 12,000 Bells each at Nook’s Cranny (or even more if you sell them to CJ when he visits your island).