Animal Crossing New Horizons: How to Catch a Drone Beetle 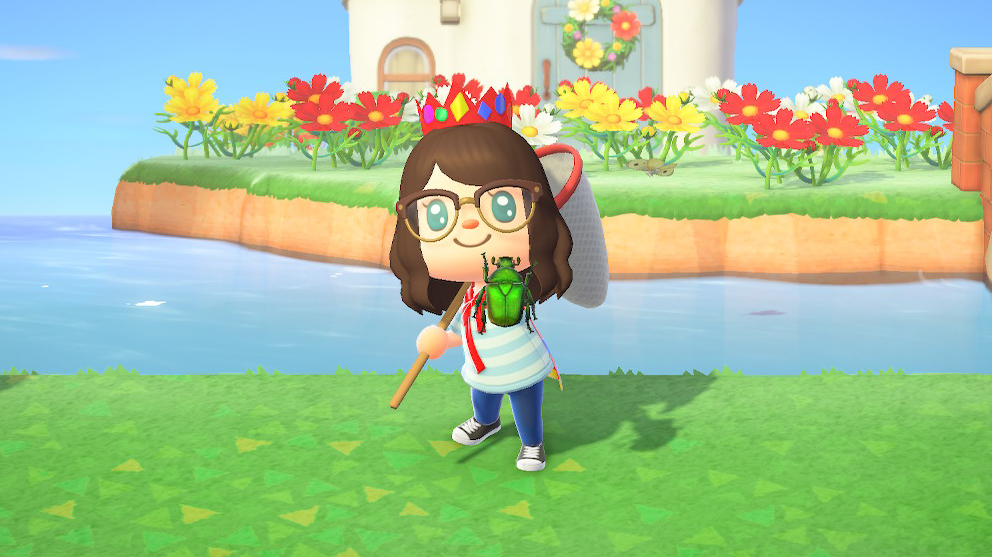 There are lots of bugs to catch and donate in Animal Crossing: New Horizons, including the drone beetle, which is now appearing on islands in the Northern Hemisphere.

While critters like butterflies and fireflies can be found flying through the air, drone beetles can be found hanging on tree trunks. Since they’re a solid green color, they may not be as easy to spot as insects like the goliath beetle.

Check out our gameplay clip below to see exactly what a drone beetle looks like on a tree, so you know what to look for in your own game.

Remember, you can improve your chances of catching bugs that appear on trees, tree stumps, and flowers by holding the “A” button on your controller to slowly creep up on them while holding your net. When you release the “A” button, you’ll automatically swing your net in the direction you’re facing, Using this technique, you should be able to easily catch a drone beetle without scaring it off. (Just make sure you don’t creep up too close, or you may still scare it.)

Finally, drone beetles aren’t worth much money, as they only sell for 200 Bells each at Nook’s Cranny. If you want to hold onto them, you can earn a bit more money by selling them to Flick when he visits your island.