Animal Crossing New Horizons: How to Catch a Whale Shark 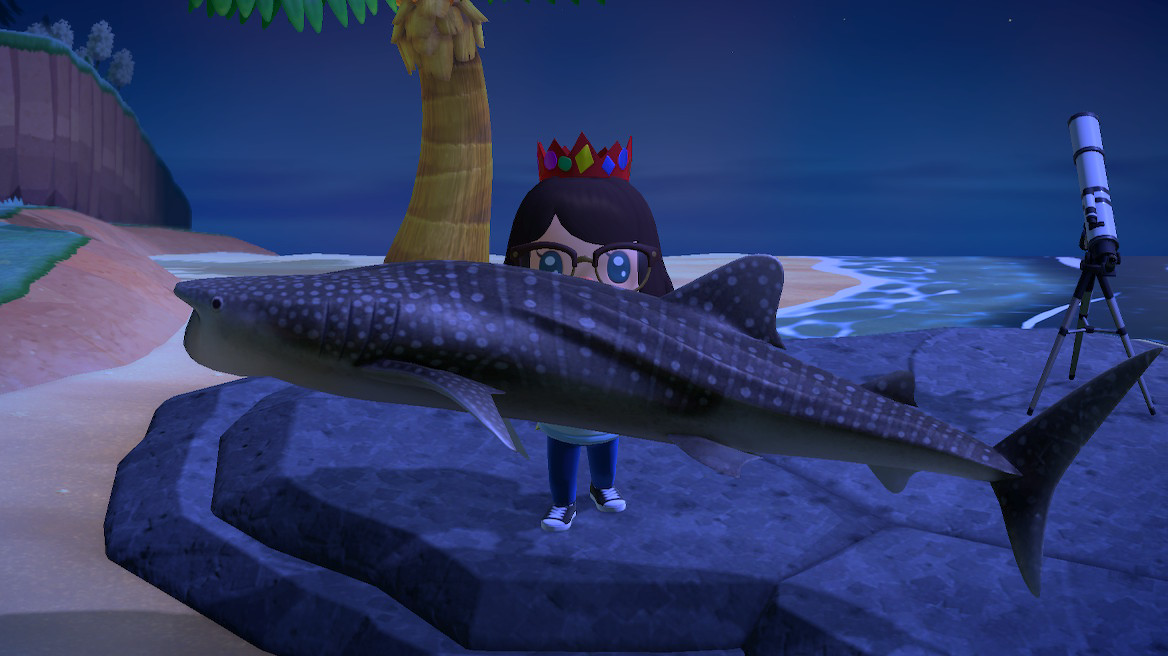 One of the biggest fish you can capture in Animal Crossing: New Horizons is the whale shark, a massive creature that’s found in the ocean around your island.

While many aquatic animals appear as standard silhouettes of various sizes, the whale shark is a bit different, as its silhouette has a fin that sticks up out of the water. Unfortunately, there are multiple creatures that have this fin, so when you spot one sticking out of the water, it’s not guaranteed to be a whale shark. However, looking for the fin can help you narrow it down.

Remember, if you want to speed up the process of spawning and capturing fish, there are a couple of things you can do. For instance, if you see a silhouette that doesn’t match the fish you want to capture, you can run along the water’s edge to make it disappear, which will allow another fish to spawn in its place.

You can also use Fish Bait to cause fish to instantly appear in the water. There’s no guarantee a whale shark will appear when you toss a Fish Bait into the water, but it can’t hurt to try!

And there you have it! Have fun tracking down this massive creature!

Have you captured a whale shark in Animal Crossing: New Horizons? Let us know in the comments, or tweet us at @superparenthq.