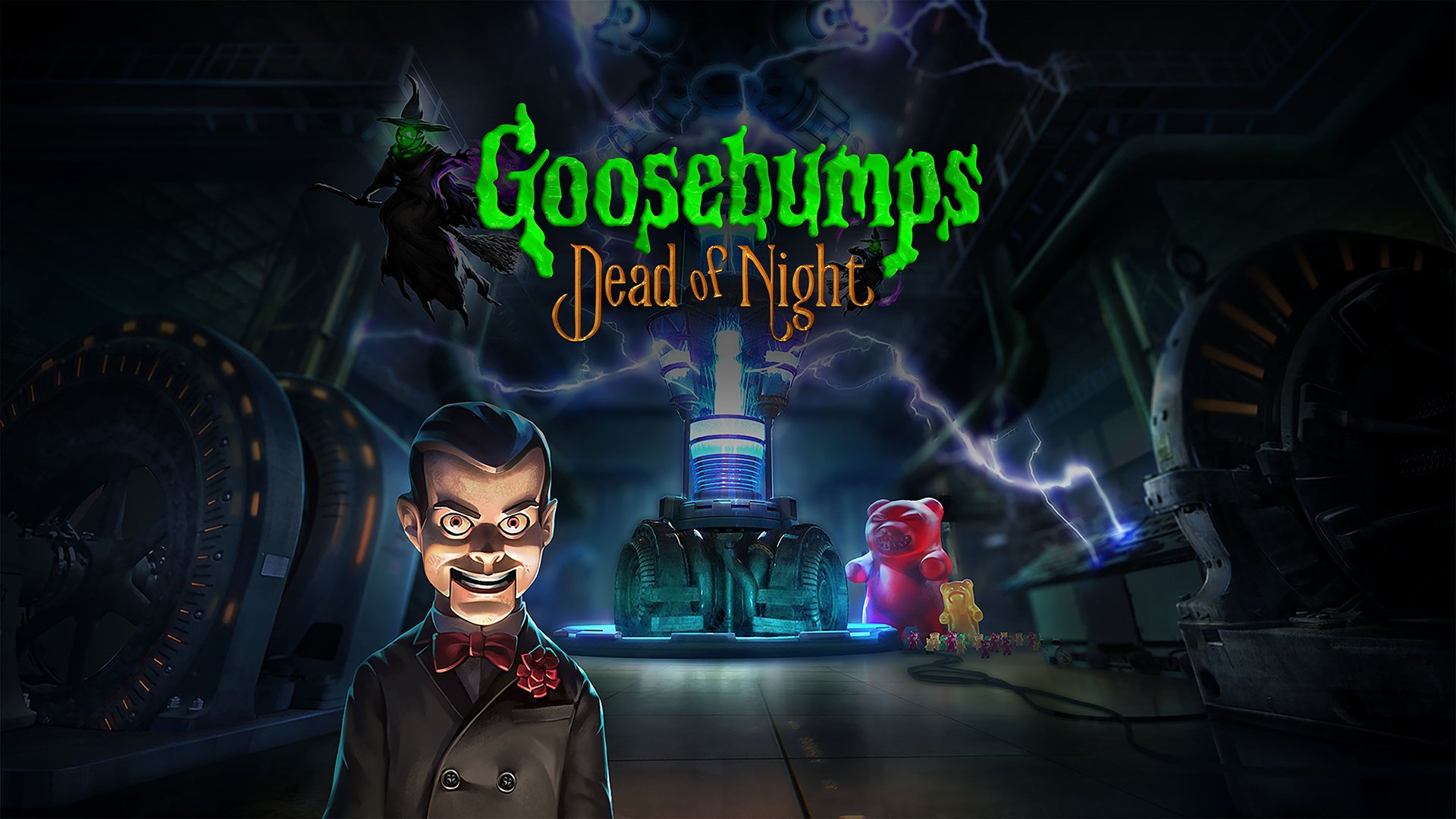 Goosebumps Dead of Night is the latest video game inspired by the classic Goosebumps book series by author R.L. Stine.

In this survival horror game, Slappy the Dummy wants to release monsters from the Goosebumps books into the real world, and it will be up to players to stop him. The game will ask you to solve puzzles and use stealth to explore environments as you work to foil Slappy’s plan.

Goosebumps Dead of Night has a first-person perspective, which will make it look like you're seeing through the eyes of the main character, rather than looking over their shoulder.

While Goosebumps Dead of Night is a new game for consoles and PC, it is technically an updated take on Goosebumps Night of Scares, a virtual reality (VR) game that was previously released on mobile and VR platforms. That is, while the games contain many of the same elements, Dead of Night will have updated graphics, extra content that -- in part -- allows you to explore areas like Dr. Brewer's conservatory and the Tesla Tower, and more.

Goosebumps Dead of Night is expected to be released on Switch, PlayStation 4, Xbox One, and PC this summer for $39.99. While the title is technically considered to be a “survival horror” game, it has an E10+ rating, so it will include toned-down content when compared to more mature games in the genre. However, you can still expect jumpscares as you play.

Are you excited to play Goosebumps Dead of Night? Let us know in the comments, or tweet us at @superparenthq.

Disclosure: SuperParent’s parent company, Greenlit Content, works with the PR firm that is representing this game. Our coverage remains objective.