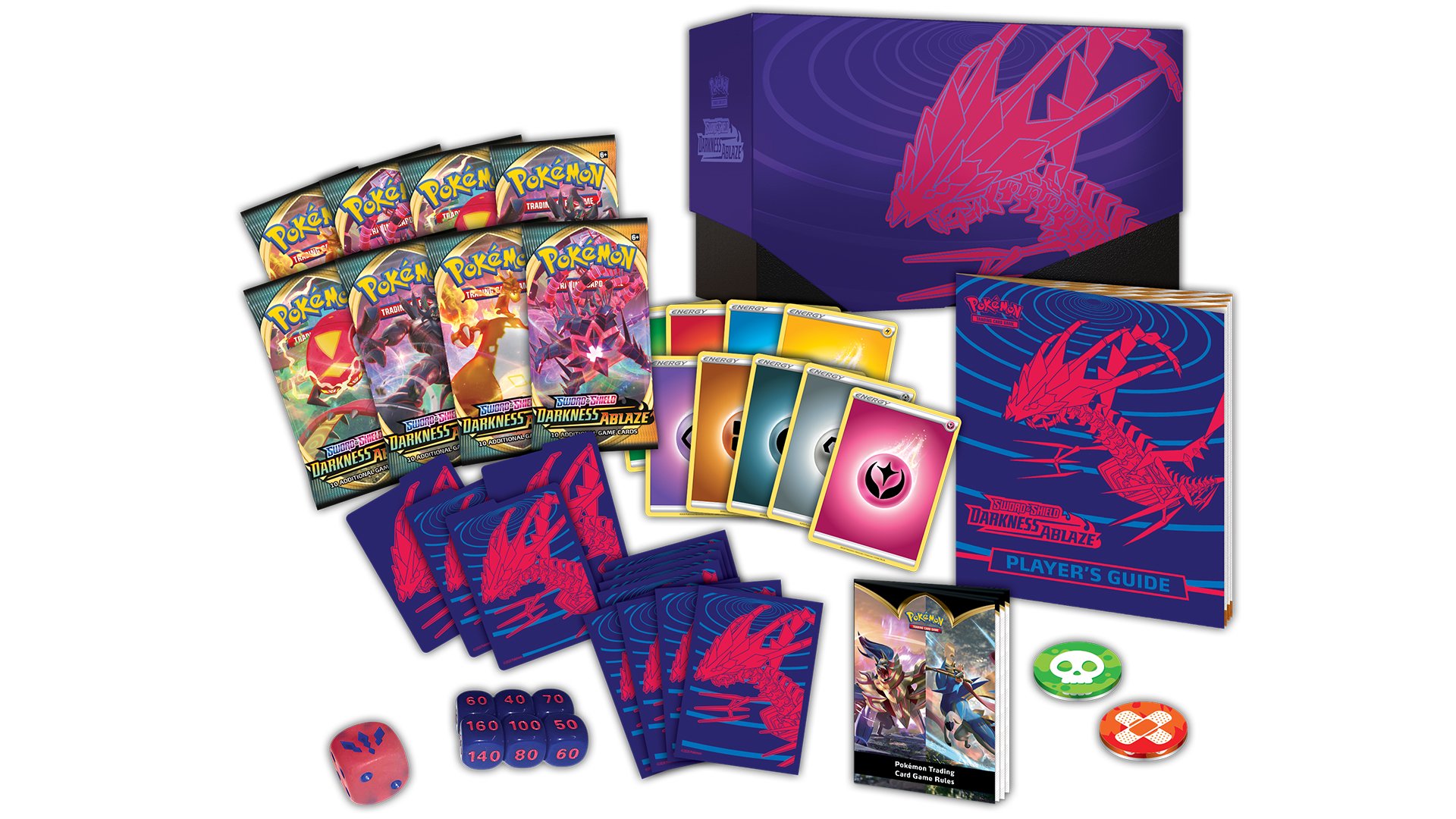 The Darkness Ablaze expansion will include seven Pokemon VMAX cards, including Charizard VMAX, Centiskorch VMAX, and Grimmsnarl VMAX. All three of these cards will feature the Gigantamax versions of these Pokemon. The Giganamtax phenomenon was introduced in Pokemon Sword and Pokemon Shield on Nintendo Switch. It causes a Pokemon to grow larger and change in appearance during a Pokemon battle.

Another new VMAX card, Eternatus VMAX, will feature the Legendary Pokemon Eternatus in its Eternamax form.

According to a press release, each one of these Build & Battle Boxes will contain “four Sword & Shield—Darkness Ablaze booster packs; a 23-card Evolution pack featuring key cards from current and prior sets, including one of four alternate-art promo cards; and a deck-building tip sheet.”

Are you excited to start collecting cards from the Darkness Ablaze expansion? Let us know in the comments, or tweet us at @superparenthq.