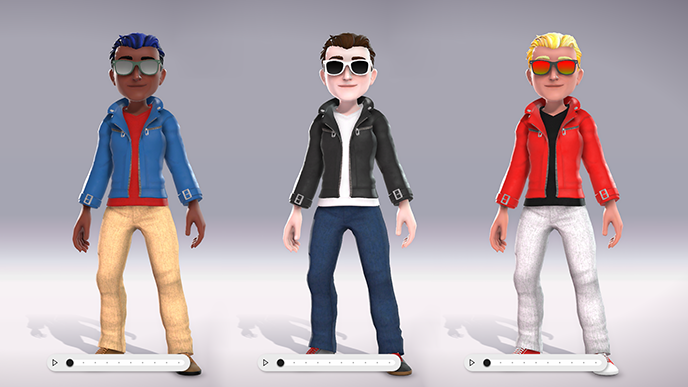 The Xbox 360 introduced avatars to users, allowing them to customize a digital representation of themselves that could be viewed by other users. Avatars also made their way to Xbox One, but the feature didn’t receive a lot of focus.

Now, Xbox avatars are getting a major overhaul, with tons of new customization options, including accessibility mods like wheelchairs, that you can mix and match to create the perfect digital version of yourself. Users can choose from a variety of body types and gender-neutral clothing options, as well as customize their avatar’s fingernails, hair, skin tone, makeup, limbs, jewelry, props, and moods.

If you find an item you like, but want it in a different color, no problem. Many of the editor’s features, like skin tone and hair, can be customized with one of over 16 million color options. In addition, the majority of the editor’s “closet items” can be personalized with multiple custom colors.

Once you’re finished fiddling with your avatar, you can take a picture of it to use as your Xbox profile picture.

Members of the Xbox Insider program, which lets users test new features before they’re launched, can try out the new Xbox avatar editor now. Xbox hasn’t announced when this feature will launch for everyone.