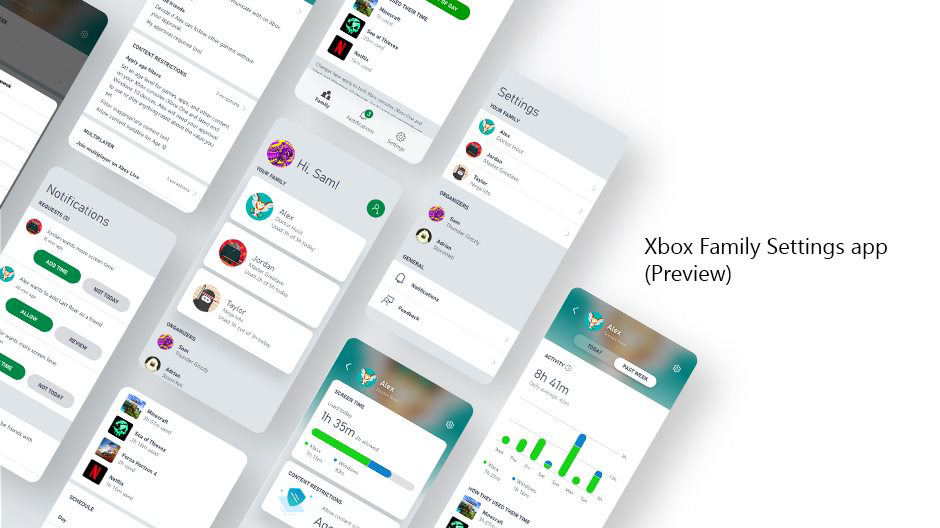 The Xbox platform offers lots of parental controls, which allow parents and guardians to manage how and when their kids access content on Xbox One.

Parents can already use Microsoft’s website or the Xbox console itself to set various limits for their kids, but now, a new Xbox Family Settings mobile app will also allow them to manage some of the biggest parental controls from their mobile device.

The Xbox Family Settings app allows you to view and manage settings for each child individually. You can set each child’s screen time limits (for instance, setting gameplay limits for individual days of the week), set content filters based on the child’s age, choose how they can communicate with other players online, and view activity reports that show you how they’re spending their time on Xbox on a daily and weekly basis.

In addition, if a child reaches their screen time limit and requests more time, parents will be notififed through the mobile app, and they can either add more time or deny the request.

Finally, parents can set "exceptions," or whitelist games that may fall outside of their child's age range for allowed content. For instance, Minecraft is rated E10+, but a parent may be ok with their 9-year-old playing that particular game. If so, they can whitelist the game so their child can play it.

While these are some of the biggest parental control features on the Xbox platform, the app doesn’t have access to every feature that’s currently available. To access other options, you can continue to use Microsoft’s website or the Xbox One console itself.

The Xbox Family Settings app is now available for free on iOS and Android devices. The app is technically in preview, meaning it’s being tested ahead of its full public launch later this year.

As of right now, the Android app is available to everyone through the Google Play store, but the iOS app is being limited to the first 10,000 people. If you want to download the app on iOS, you'll need to do so through TestFlight, Apple's app testing platform, rather than the iOS App Store. Parents who download and try the app now will be able to provide feedback to Xbox about their experience with the app.

Finally, two additional features will be added to the application once it launches in full: the ability to view a child’s friends list, and the ability to accept or deny any friend requests a child receives.