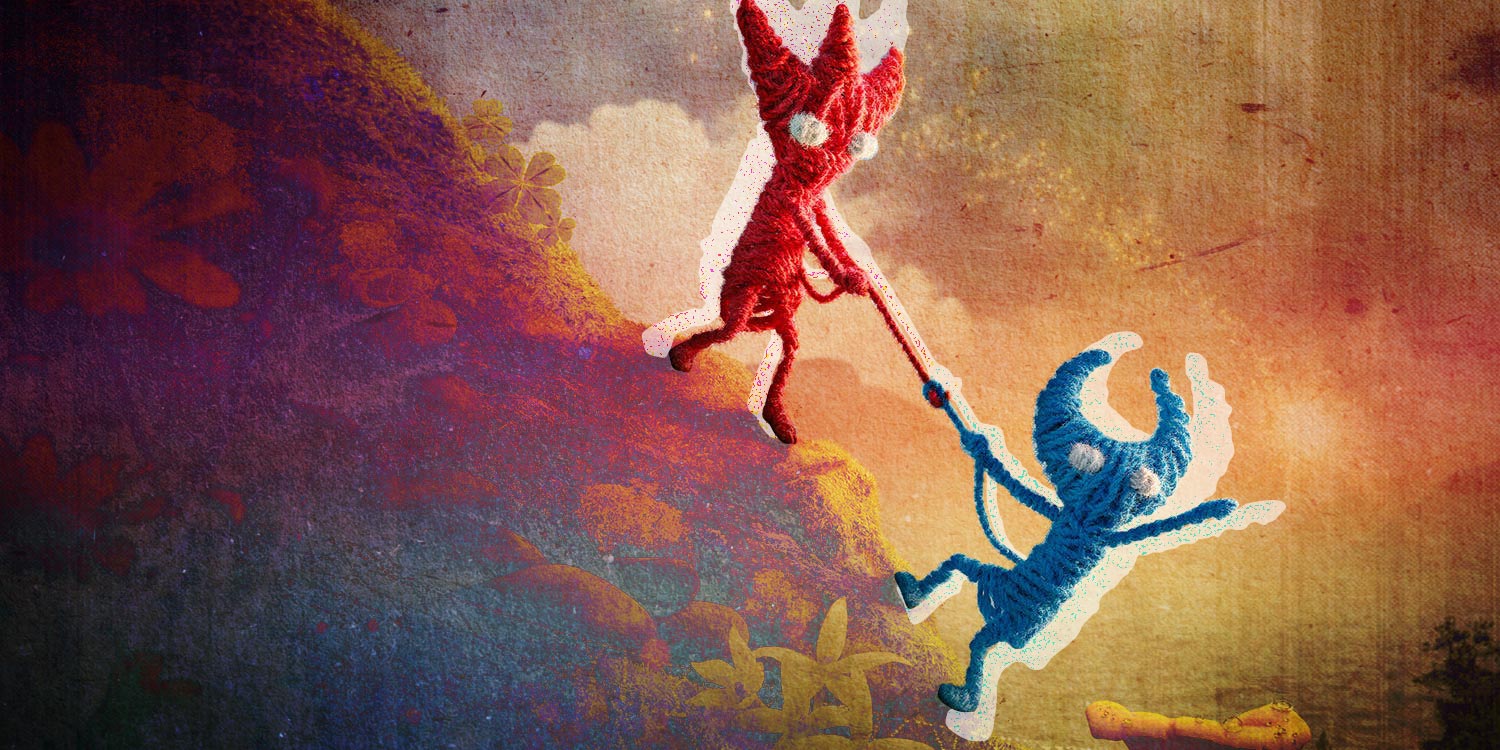 Video game publisher Electronic Arts is best known for its annual sports games as well as blockbuster action franchises such as Battlefield and Need for Speed. It has recently started launching gentler, more indie flavored games under the EA Originals banner, and the first of these was a charming platform adventure called Unravel in 2016. You played as Yarny, a creature made of string who had to - yes – unravel his body to swing, climb, and thread his way through lush scenery. It was a low key delight, but rather tricky at times.

Now there’s Unravel Two, an even better sequel which addresses some of the issues with the first game and introduces family-friendly cooperative play for good measure.

So what do you do?

The game opens with Yarny, and its nameless identical sidekick, washed ashore by a storm. Through a well-designed tutorial stage, you’re introduced to the skills and abilities needed to progress through the rest of the game. Hooking objects to pull and push them into place, dangling from your thread to swing to new areas, it’s all intuitive and familiar. Yarny is also more agile this time around, with a more athletic leap and the ability to wall-jump between two vertical surfaces in a way that is positively superheroic compared to the last outing.

The aim, of course, is to keep moving from left to right, navigating past obstacles and puzzles to reach the end of each stage. If you’re playing solo, then you can switch between Yarny and friend at will, or swirl them together into one form. Each character will remain doing whatever they are doing when you switch, and through this you’re able to hold objects or teeter-totters in place for the other character to navigate, or act as an anchor so the other character can climb or swing from your position.

Is it better with two?

Absolutely. The cooperative play brings the game to life. With two controllers activated, you’re able to play the game with someone else and suddenly all those stop-start single-player puzzles become lively and engaging playgrounds in which you can both clamber and experiment at the same time to find solutions.

This isn’t the lazy sort of co-op gaming where two players are left to make their own fun in a single-player space. This is a game where you will need to think things through, talk to your partner, and try different things. It requires true collaboration, which makes it ideal for parents to play with their kids. None of the platforming challenges are so hard that they’ll frustrate younger players, though some sequences of jumps will test their reflexes, but nor does the game feel like it’s letting you off easy. When you do progress to a new stage, you’ll feel like you earned it together.

How suitable is it for children?

As you can probably tell from the gorgeous craftwork aesthetic, this is not a game that will shock you with moments of violence. The music is gentle, the pace relaxing, and even the most difficult sections are eased by the game’s infinite lives and carefully placed checkpoints.

Indeed, the main hurdle you may face is that older kids – or simply impatient ones – may not take to Unravel Two’s somewhat melancholy introverted style. As delightful as it is, there are no moments of action or excitement to keep them hooked. Quiet, more thoughtful, youngsters will likely be entranced though.

One area where parents may need to keep a watchful eye open is in the background. As Yarny and pal are going on their adventure, there’s a parallel story unfolding behind them, as shadowy echoes of two human kids have their own mute experiences. There’s nothing explicit here, but the tone is rather dark with hints at domestic turbulence, rebellious acts of trespass, and other mischief. The fact that this tale is told as background detail is both a good thing and bad. It’s good because kids may not even pick up on the sometimes ominous mood of these scenes, but it could be tricky thanks to their ambiguous nature. You may find it useful to use them as a springboard into discussions about what they think is happening and why, but the lack of concrete answers from the game won’t give you much of a reassuring conclusion.

Is it worth buying?

If you have kids who are likely to warm to Unravel Two’s bucolic style and whimsical pace, then absolutely, yes. Unravel Two is one of the best cooperative games in recent memory, and its difficulty seems perfectly pitched for joint play between parents and kids. Just be aware that for those reared on faster-paced games, the experience might be a little too slow and gentle leading to unwarranted cries of “boring!”