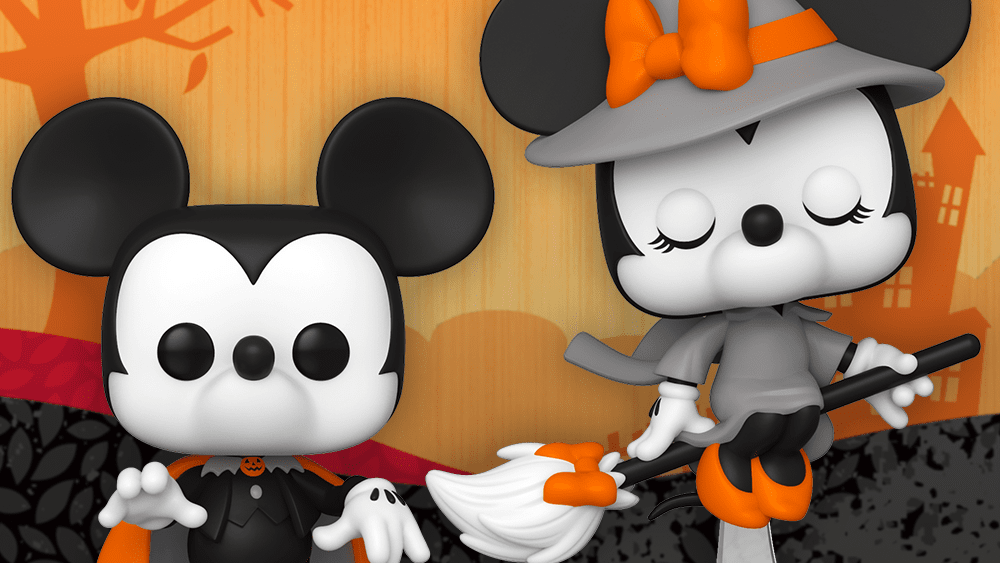 Halloween is still quite a few months away, but Funko is celebrating early by revealing lots of “spooky” new Pop figures and other products that will be released in the future.

To start, Funko showed off lots of different items inspired by Tim Burton’s The Nightmare Before Christmas. New Pop figures of Jack, Sally, Santa, and The Mayor will be sold at multiple stores, while other items, like figures of Oogie Boogie and an "Artist's Series" figure of Jack, will be retailer exclusives.

Next, Funko revealed two new Disney Pops of Minnie Mouse as a witch and Mickey Mouse as a vampire.

Continuing the Disney theme, there are new Pops inspired by The Haunted Mansion attraction at Disney’s theme parks, and a new trio of Sanderson Sisters Pops inspired by Hocus Pocus. These three Pops will be sold individually, or you’ll be able to grab them in a three-pack that will be exclusive to Books-A-Million.

Elsewhere, Funko showed off lots of new Marvel “Zombies” products (like Pops and some keychains), which feature Marvel characters who have been turned into zombies. There are also new figures of Minions dressed as Universal’s classic movie monsters, like the bride of Frankenstein and the creature from the Black Lagoon.

Finally, Funko revealed some new Pops that are more appropriate for adults, like figures inspired by the M-rated movies Child’s Play 2 and Zombieland. It also showed off a “13 Day Spooky Countdown,” which is like a holiday advent calendar, only for Halloween. It contains 13 smaller figures inspired by lots of different movies, from Friday the 13th and The Exorcist to Little Shop of Horrors and The Shining. Each figure is hidden behind a door, so you can reveal a new figure each day for 13 days leading into Halloween.

In a blog post, Funko said these products are available to pre-order now from sites like Amazon, GameStop, and Entertainment Earth, among others. Prices will vary depending on the item, and the same item may cost different prices at different stores. Make sure to shop around to find the best deal!

To see more pictures of the different items that were announced, head over to Funko’s blog.

Are you going to pre-order any of these new Funko figures? Which one(s) do you like the most? Let us know in the comments, or tweet us at @superparenthq.