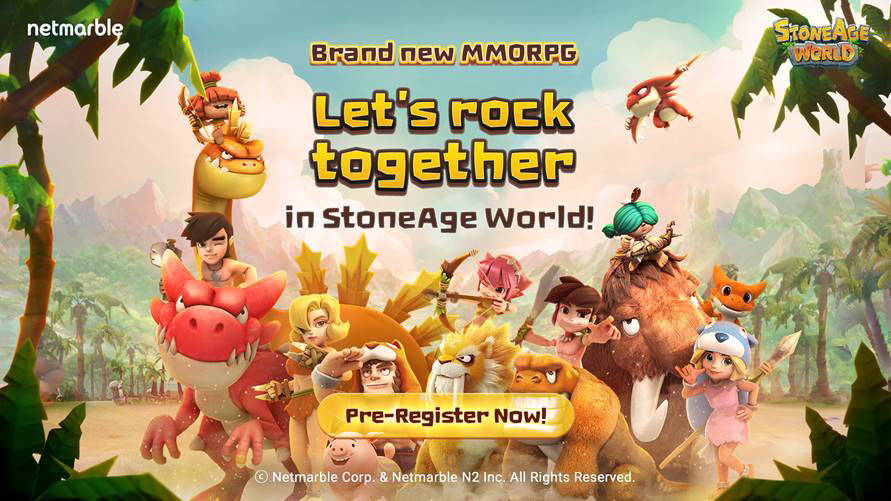 StoneAge World is an upcoming mobile MMORPG (massively multiplayer online role-playing game) from Netmarble Games, which will challenge you to save the prehistoric world of Tectonika from a “Machine Civilization.”

In StoneAge World, you’ll become a warrior known as a “Trainer,” who has the ability to collect, tame, and train over 250 different “pets,” ranging from dinosaurs and mammoths to pigs and wolves.

Battles in StoneAge World will be turn-based, and you can check out a quick combat preview in the video embedded above.

StoneAge World is rated T for Teen, and it will be available to download and play for free on iOS and Android devices (technically, the game has a 12+ rating on iOS devices, but this is Apple’s equivalent of a T rating).

You can now pre-register for StoneAge World to receive one million Stones (the game’s free currency) and 50,000 Shells (the game’s premium currency) once the game launches. To receive the Stones, you’ll need to enter your email address on the StoneAge World website. You can earn the Shells by pre-registering for the game on either the iOS App Store or the Google Play store.

Finally, you can complete activities on the StoneAge World website to earn tickets that will allow you to hatch eggs and collect pets right now. These pets will be sent to your account once the game finally launches.

StoneAge World is expected to be released later this year (the iOS App Store says “Expected June 18, 2020”). Keep checking back with SuperParent, as we’ll bring you more coverage of StoneAge World once the game is officially available.