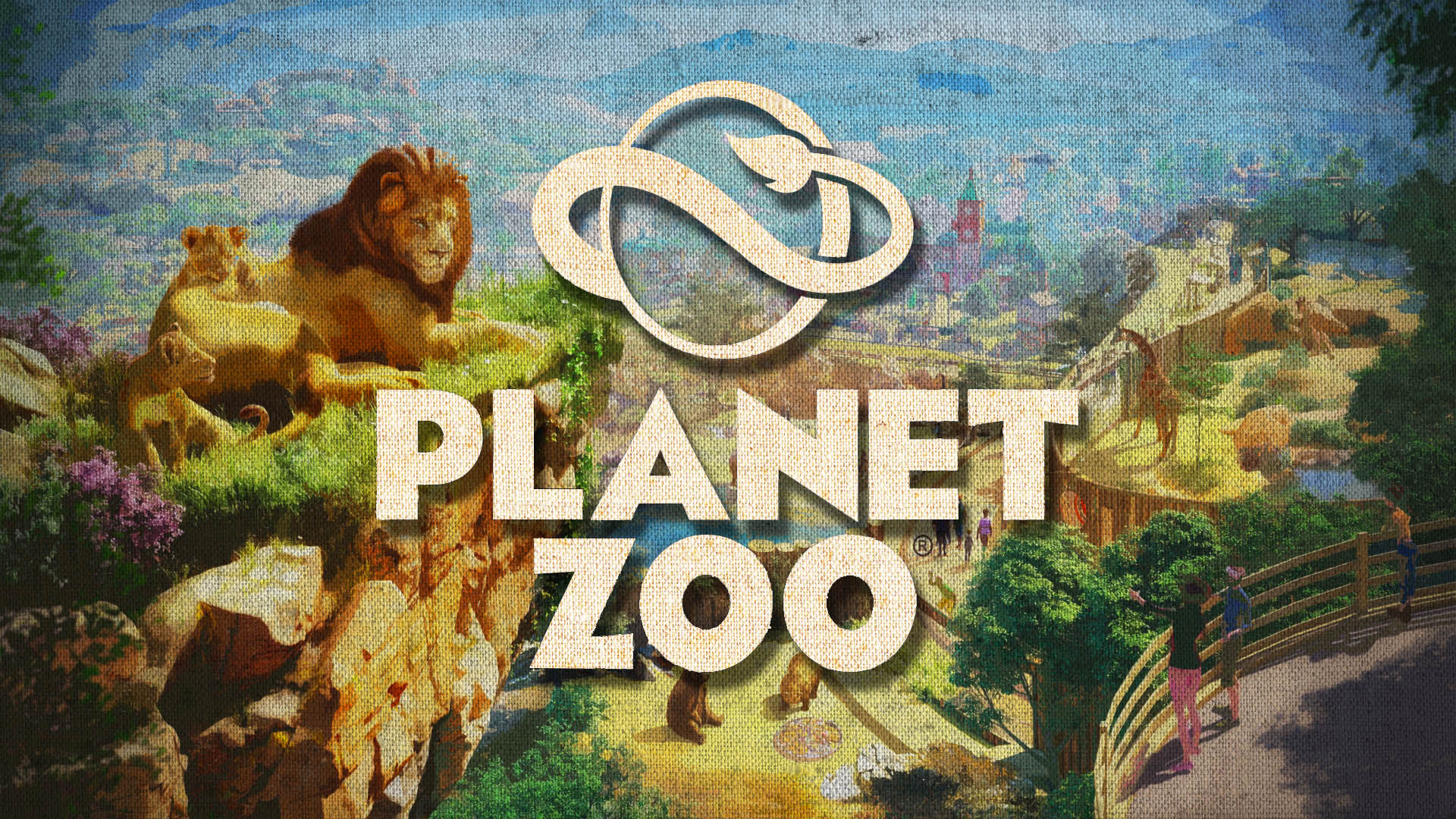 Planet Zoo is a strategy simulation game from Frontier Developments, the company behind Planet Coaster and Jurassic World Evolution.

We had a chance to go hands-on with Planet Zoo, which is availabhle now on PC.

What is Planet Zoo about?

As the name suggests, Planet Zoo is all about zoos -- particularly, managing zoos and taking care of the animals that live there. If you’re familiar with Planet Coaster, which allows you to build and manage amusement parks, Planet Zoo is similar, but instead of focusing on rides, you’re building habitats where animals can thrive.

What do you do in Planet Zoo?

At a basic level, Planet Zoo asks you to build animal habitats and exhibits, make sure animals are properly taken care of, and ensure that your staff and guests are happy. You can complete story-driven scenarios in a Career mode, trade animals online in the game’s Franchise mode, build a zoo at your own pace (and with your own specifications) in the game’s Sandbox mode, and more. While the game’s basic premise sounds simple, there’s a lot going on here, and lots of different elements and factors to keep track of as you work to build a bustling zoo.

Thankfully, the game's Career mode has three in-depth tutorial scenarios that will help you learn the basics of building and running a zoo. You’ll learn how to construct habitats, how to adopt animals, how to make sure your zoo has enough power and clean water, how to educate your guests, how to deal with diseased animals, how to manage your staff, and much more.

From there, the fourth scenario in the game’s Career mode asks you to construct a zoo essentially from scratch, so that you can put all of the things you’ve learned into action. If you’re like us, you may enter this scenario feeling a bit overwhelmed, but it helps to tackle one individual task in the zoo at a time (such as building a single habitat and improving it, rather than building three at once).

The more you play Planet Zoo, the easier the game becomes, as you learn to treat different features like isolated tasks and checklists, rather than open-ended challenges.

Take building habitats as an example. You’ll start by constructing a barrier, or fence, to keep your desired animal(s) in one place. Each animal requires a specific amount of land (and sometimes water) in their habitat, so you can look at the in-game encyclopedia (the Zoopedia) to make sure the space you’ve chosen has enough. From there, you’ll need to make sure the fence is tall enough and whether it needs to be upgraded to prevent animals from climbing out (again, the Zoopedia gives you this information).

Once you’ve built the barrier, you need to place a door in the fence so keepers and mechanics can maintain the space and care for the animals. Then you can customize the habitat for the particular species that will call it home. Each animal needs food and water stations, some kind of “hard shelter” (like a barn), and food and toy enrichment items. You’ll also need to make sure the habitat’s terrain and plant life matches an animal’s preferences (for instance, some species prefer areas with lots of rocks and soil, while others want short or long grass).

Finally, you’ll want to ensure that guests can see through part of the barrier (either by installing glass windows or some kind of see-through fencing), as well as install education boards nearby so that guests can learn about the animals as they observe them. You’ll also need to place donation boxes near each habitat so that guests can leave tips and your zoo can earn more money.

After you’ve mastered these basics of habitat construction, you can follow the same checklist to build other habitats to house the game’s many animals, from red pandas and giraffes to zebras and cheetahs, among many others. That is, while the game’s animals may vary wildly, building habitats is a straightforward process once you’ve learned all of the different factors you need to account for.

In addition to “Habitat animals,” you can also adopt "Exhibit animals" -- smaller species, such as snakes and insects -- that live in small, pre-fabricated enclosures. These Exhibits require far less work to set up and maintain, but they add extra variety to your animal collection (and give you more ways to make money off of donations).

While the game’s main focus is on the animals, a zoo will only thrive if it has great staff and happy guests. Planet Zoo allows you to train your staff to improve their performance, and you’ll also need to make sure they have places where they can take a break every once in a while.

For guests, you’ll need to make sure your zoo has proper facilities to keep them happy, such as restaurants and drink stalls, as well as bathrooms, information centers, and more.

You can also ask your vets and mechanics to research animals and new technologies that will allow you to upgrade your zoo over time. For instance, a vet may be able to discover new enrichment items that you can place in an animal’s habitat, while a mechanic can research new kinds of barriers for habitats and items for guests, such as transport rides and shops.

Finally, if you’re playing in the game’s Career mode, each scenario has specific objectives to complete, which will allow you to earn Bronze, Silver, and Gold stars for the level. These give you some general direction as you play, and are a welcome addition to the experience.

Is there anything else we should know about the gameplay?

Planet Zoo is really interesting in that it gives you the freedom to decide how your overall zoo looks. In addition to building habitats, you can place individual plants, shrubs, and flowers wherever you want to decorate walkways, camouflage necessary facilities like electrical transformers, and so on.

You can also build entire structures -- like animal shelters and store "shells" -- from scratch by placing individual archways, panels, awnings, and more where you want them. If you're not into this idea (it requires time and focus you may want to spend elsewhere), the game comes with a few pre-built structures and shells that you can place facilities inside, and you can also download a whole slew of buildings that other players have created from the game’s Steam Workshop (the Steam Workshop is like a catalog that lets you download user-created objects for free).

This game sounds really complicated. Is it ok for younger players?

Planet Zoo is rated E10+ for Everyone 10+ by the ESRB, with Content Descriptors for “Crude Humor,” “Mild Blood, and “Mild Violence.” That being said, in our experience, we think the actual gameplay slants a bit older due to its complexity and the sheer number of elements you have to keep track of.

Younger kids (including very young children) will likely enjoy watching the animals run around their habitats, especially when viewing them using the game's up-close camera, rather than from above. Even then, though, animals can die in Planet Zoo, so kids may accidentally zoom in on a deceased animal while waiting for them to be removed from a habitat.

That being said, the game offers three difficulty settings to make it easier for younger players, or for anyone who is looking for a more relaxing gameplay experience. For instance, the “Easy” setting will prevent animals from dying as quickly if they’re being neglected. Staff will also move faster and guests will learn more from your zoo’s education sources (among many other tweaks) when playing on Easy.

Finally, alerts will appear as you play that will notify you when something important is happening. This can be anything from an issue with a habitat to a notification that an animal is about to give birth. These alerts can help you stay on top of everything happening at your zoo, but you’ll still need to do your part to keep things running smoothly.

Are the game’s DLC packs worth purchasing?

The South America Pack features over 250 new decorative items inspired by South America. It also gives you access to five new animals (jaguar, llama, capuchin monkey, giant anteater, and red-eyed tree frog). If you’re satisfied with the “scenery” items available in the base game (and there are plenty), whether you want to spend $9.99 on the South America Pack will probably come down to whether or not you want those five animals.

Meanwhile, the Arctic Pack is more engaging, since it comes with two new scenarios to complete. The Arctic Pack also includes four animals -- polar bear, reindeer, arctic wolf, and dall sheep -- and over 200 scenery pieces. It also costs $9.99, but the scenarios make it a better value in our opinion.

If you only want to spend the money on one DLC pack to start, we recommend the Arctic Pack. However, if someone in your family plans on spending a lot of time with Planet Zoo, they’re both worth purchasing.

Just like taking care of real animals isn’t simple -- neither is Planet Zoo. But that’s not a bad thing so long as you know what you’re getting into. The game’s animals are beautiful and a joy to watch, and even though the game isn’t really “for kids,” younger ones may enjoy watching a teen or adult play. They may even learn a thing or two about the game's many species from the Zoopedia along the way.

Planet Zoo is too complex for us to recommend it to everyone without exception, but it’s a great game for players who enjoy other simulation and tycoon/management games.