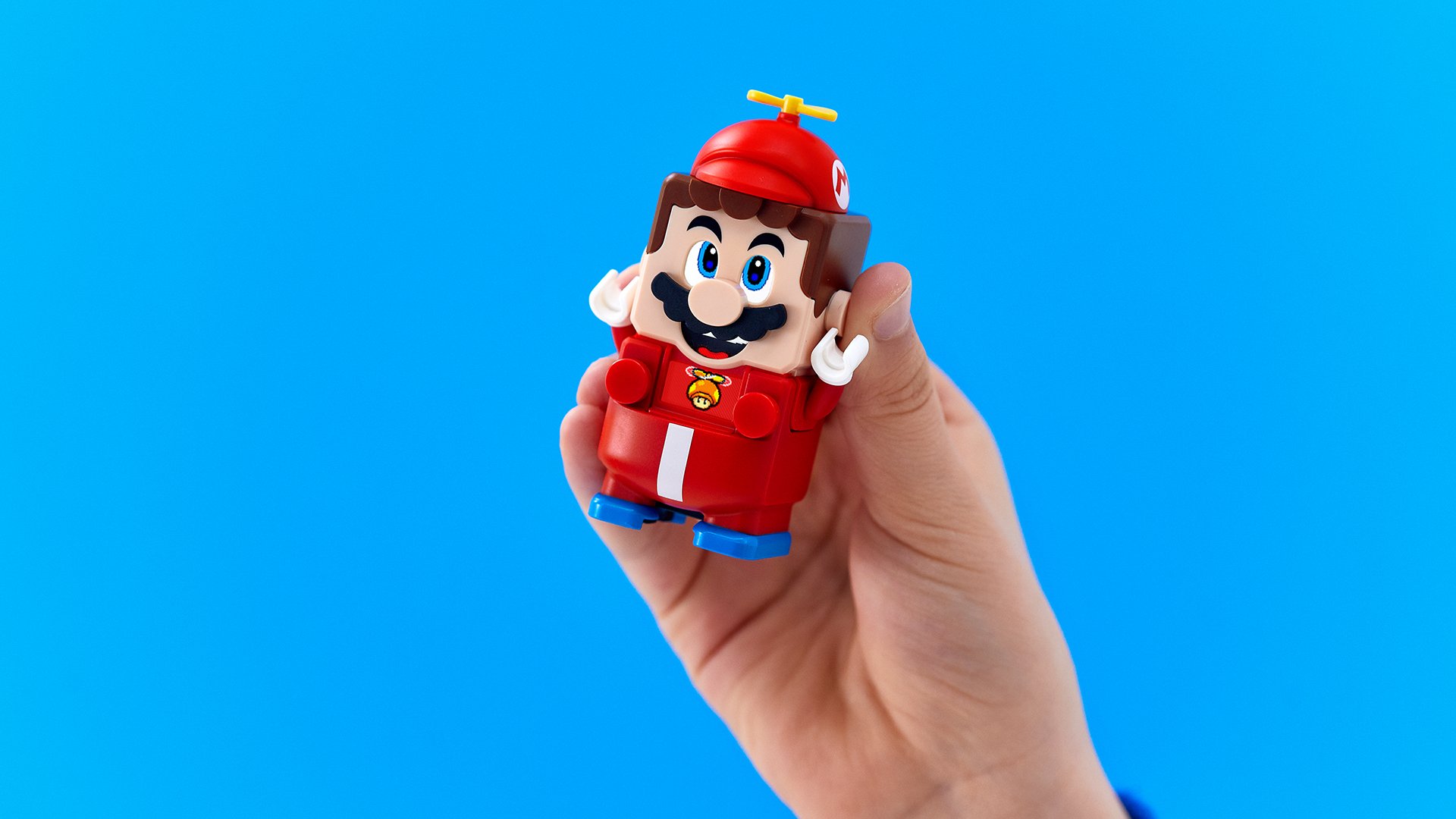 Later this year, Nintendo and Lego will release a line of Lego Super Mario toys that will let kids (and adults) bring Super Mario video games to life in the real world.

With the Lego Super Mario sets, you can use Lego bricks to create your own Super Mario-style courses full of obstacles and enemies for Mario to overcome, and then use an electronic Mario Lego figure to actually clear the courses you’ve made.

Back in April, we learned more about the individual Lego Super Mario sets that will be available. For instance, the Starter Course will come with the electronic Mario figure and all of the Lego pieces you need to create basic courses.

Now, in a new video, we’ve learned about four Power-Up Packs that will let you add more variety to your experience.

The four Power-Up Packs will let you dress Mario in different outfits inspired by the many Super Mario video games. Each one gives Mario a new ability and/or opens up new play possibilities for owners.

Next, the Cat Mario suit will allow Mario to “climb” walls and collect coins. This allows you to build courses on surfaces of multiple heights, so long as there’s a wall (like the side of a box) for Mario to climb up to reach the next area.

Finally, the Builder Mario suit was inspired by the Super Mario Maker games. When Mario wears this outfit, he can jump into the sky and then smash down on the course’s Lego bricks to collect coins.

Each of these Power-Up Packs will be available to purchase separately on August 1, 2010. The Starter Course pack is available to pre-order now on Lego’s website for $59.99.