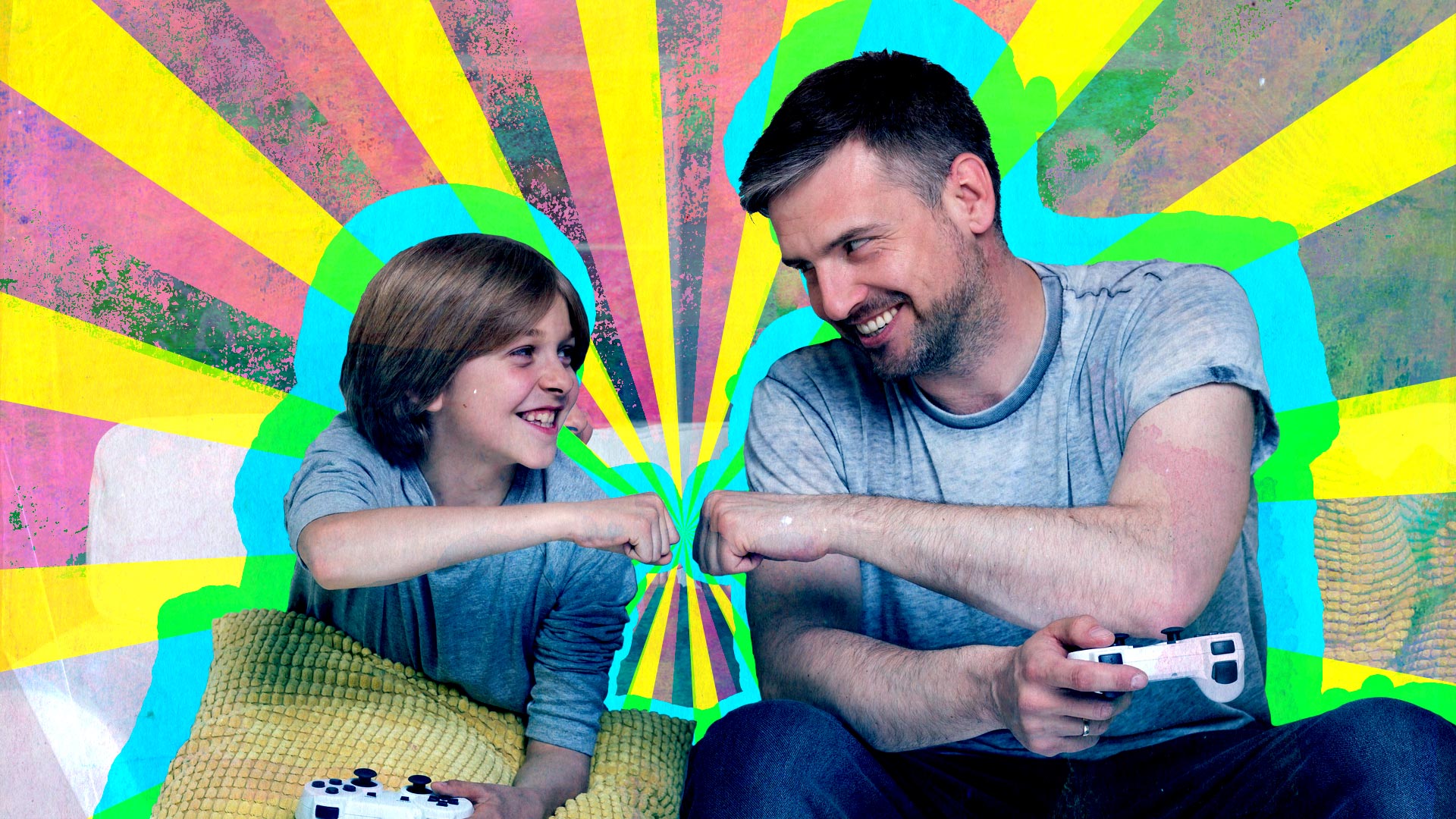 Does your child dream of making video games? That used to mean building mods off of other games. Or learning to code from scratch. Or taking college-level classes. Obviously, a LOT has changed. Games are now available that are essentially fun, teaching toolsets that let you...we mean “your kids”....create games.

We recently challenged our resident kid to see if he could learn to code a little in Apple's Swift Playgrounds -- today, we put him through some basic, in-game level design to see what he thinks. For this highly unscientific selection method, my kid asked to check out three game-making video games that I currently had copies of on my work desk.

Super Mario Maker 2
Rated E for Everyone
Available One: Switch

Super Mario Maker 2 has a natural leg up on other titles in this genre. You’re designing 2D levels within the Marioverse! Add in the fact that the Super Mario Maker franchise has been around for a while now -- there’s a metric ton of user-created levels out there for you to sample. With the most recent iteration, Nintendo added a story mode that eases would-be level designers into the concepts of what makes a good level. It’s almost presented like a puzzle game. It also doesn’t hurt that it’s just fun.

I started the game and my kid snatched the controller. He was anxious to quickly get in and design some crazy levels. It helps that at the startup of Super Mario Maker 2, you’re literally a button press away from editing the level that appears on the start screen. How can any kid resist that?

Forget all the tutorials and instructions - as nice as they are, my kid just went to town! What he quickly learned, though, is that there’s a lot of design power in these level design tools and he needed his old man on standby to help. You’ll likely have a similar experience with your kid, so we’d recommend someone check out the tutorial lessons. They are actually quite digestible and fun to navigate, and that will help remove the confusion-factor when your budding level designer gets occasionally stumped.

Levelhead
Rated E for Everyone
Available On: Switch, Xbox One, PC, iOS, Android

There’s something incredibly charming about Levelhead. It’s more than just the hand drawn art style -- or even the cute robotic hero of the story campaign (GR-18) -- that makes this level-building game so endearing. The space crates you deliver are not just your end goal, they are extra platforms -- and weapons -- to get you out of tight spots. Levelhead’s fun presentation doesn’t hurt, either. The fake space delivery company at the heart of the game legitimately had us cracking up as we played through the training levels.

Behind Levelhead, though, is a clean level designing tool -- and that’s really what it’s all about. After a couple of sample levels, you're quickly eased into the concept of designing and sharing what you make.

With the level design tool, you’re able to quickly paint, build out, and copy parts of levels. You can craft something really quickly and come up with something that you’d be proud to share online. In fact, there’s already a huge selection of user-created levels awaiting you in the “company’s” marketing department.

If you (or your kid) already dabbled with Super Mario Maker in the past, you’ll feel right at home in Levelhead. My kid was happy to dive headfirst into throwing ideas at a wall, but there are a lot of cool things available, all at once. I coached my kid a bit on thinking of level design like you’re telling a story on-screen. That helped, but the “Daily Build” challenges that appear in the workshop are a great training ground. Instead of having to figure out how to use everything in the tools at once (never a good idea), you can focus on the handful of featured items and build something more focused.

The only downside with Levelhead is that you may find yourself searching online for more, deeper tutorials. If you’re OK with the little extra legwork, you’re going to be rewarded with powerful tools.

FOR THE MORE HARDCORE

Dreams is an amazing first step for everyone to get a taste of what it’s like to be a designer. Its relatively simple introduction allows you to quickly assemble elements and make your own games, or you can get really into the weeds and do everything from laying out the art and animation to creating your own soundtracks. Just bear in mind that this is definitely a huge step from the 2D level designer games we just mentioned above.

When you’re done, you can upload your game, as well as download the creations of other online “Dreamers.” A piece of advice for you: Make sure to check out any downloaded games before you let your kids at 'em. The Dreams team is pretty good at policing inappropriate content, but it never hurts to check for yourself.

One thing my kid liked right out the gate is that there’s a game waiting for you at the start. You unlock pieces as you play.

As for the game-making part, I’ll cut to the chase on this one. If you have a younger child, this might not be the best first title to try with them. Don’t get me wrong, it’s great and an incredibly powerful tool, but having so much power and creative freedom up front makes this one a little more intimidating (even if unintentionally). We can’t fault the Dreams team -- they make it clear that this is for Teens and up. That said, as with Super Mario Maker 2, you'll likely want to do some pre-gaming with Dreams on your own to help your child learn the basics.

For the sake of this story, my kid wanted to give the above-listed games a try. That still leaves out some fairly obvious titles we haven’t really mentioned yet…

...ON FORTNITE, MINECRAFT, AND ROBLOX

You simply can’t run a game-creation story without mentioning all of the great stuff that's been made within Fortnite, Minecraft, and Roblox over the years. It’s all been very well chronicled online. But, frankly, these games may require a little more work to get a handle on basic level design than my child may be ready for at the moment.

Fortnite has a Creative Mode built specifically for customizers (each player has their own private island to build on, and your progress is saved between game sessions). While you can focus on building visually impressive creations, you can also create your own mini-games in the space. PC Games N created a handy guide to get you started. (And of course, before Creative Mode came along, Fortnite users were once able to jump into the “Playground.")

Minecraft, meanwhile, has been around for well over a decade, and in that time has grown into a cultural phenomenon. While my child has goofed around with building virtual real estate, he hasn’t dabbled in the game's mini-game making potential. At least not yet. Head over to the Minecraft Wiki to get a feel for some of the typical mini-games people create in Minecraft's blocky world.

Finally, there's Roblox. There’s no denying that this huge online world is all about creation. Users and professional developers alike have used the platform to share their creations, which others can play and experience for free. Have a peek at the Roblox developer page for more information about how it all works.

There are certainly more options out there that allow you to create games and worlds as you play. These just happen to be the big ones that we’re starting to test drive right now. Are there other games that you’ve been playing and creating with? We’d love to hear about what you’re using - and what you’re making!