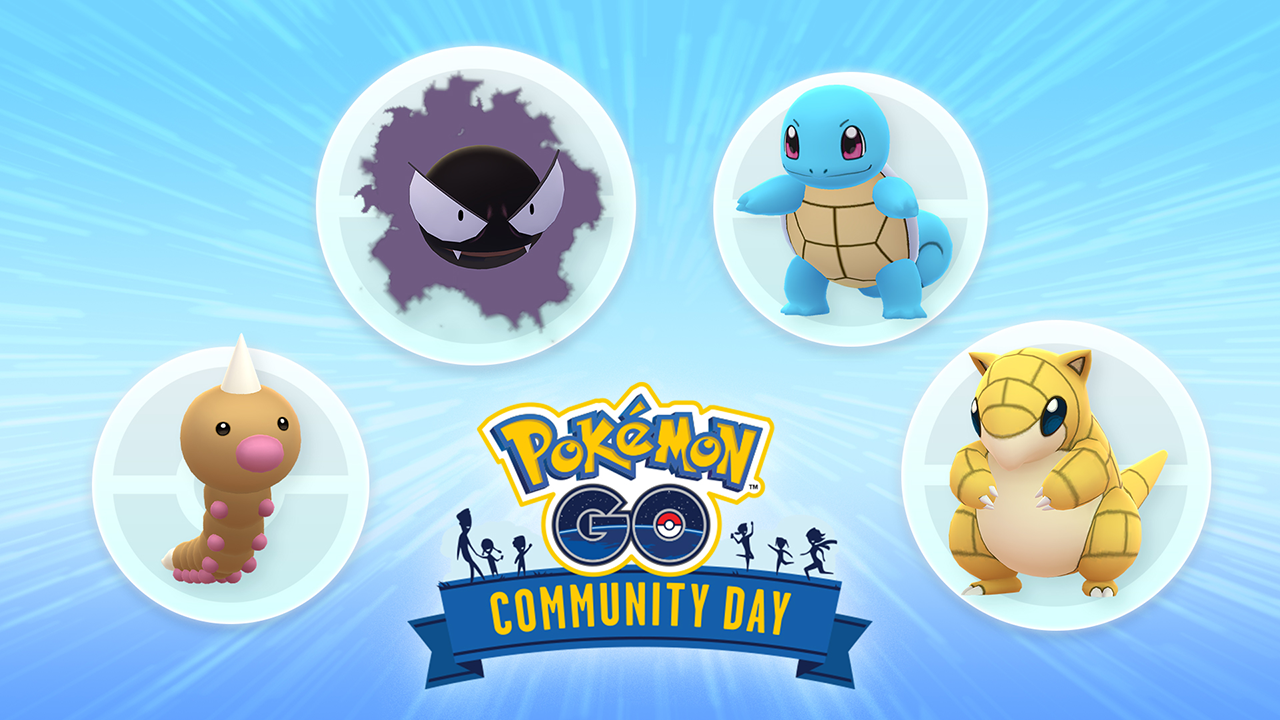 Earlier this year, Pokemon Go players were allowed to vote for the Pokemon they wanted to see featured in February’s Community Day event. Players could vote by completing special Field Research tasks that were associated with the Pokemon of their choice (Rhydon, Vulpix, Machop, and Dratini were the four possible choices, and Rhydon came out on top).

Now, Community Day voting is coming back, but it will take place on Twitter instead of in the game.

From May 23 at 6 p.m. PT until May 24 at 6 p.m. PT, players will be able to vote in a Twitter poll shared on the official Pokemon Go Twitter account, and the results will determine the Pokemon that will be featured in the June and July Community Day events. The Pokemon that receives the most votes in the poll will be the star of June’s event, while the pocket monster that comes in second place will be featured in July’s event.

You’ll have four Pokemon to choose from: Squirtle, Weedle, Sandshrew, and Gastly. To help players decide, in a news post, Niantic, the developer of Pokemon Go, shared the exclusive attack move that will be available for each Pokemon, should it be featured. Here’s the breakdown:

Finally, it’s worth pointing out that Squirtle was previously featured in a Community Day event back in July of 2018. It will be interesting to see what effect (if any) that has on the results of the poll.

Keep checking back with SuperParent, as we’ll let you know which two Pokemon win the vote as soon as we know more!

Which Pokemon are you going to vote for in this Community Day poll? Let us know in the comments, or tweet us at @superparenthq.