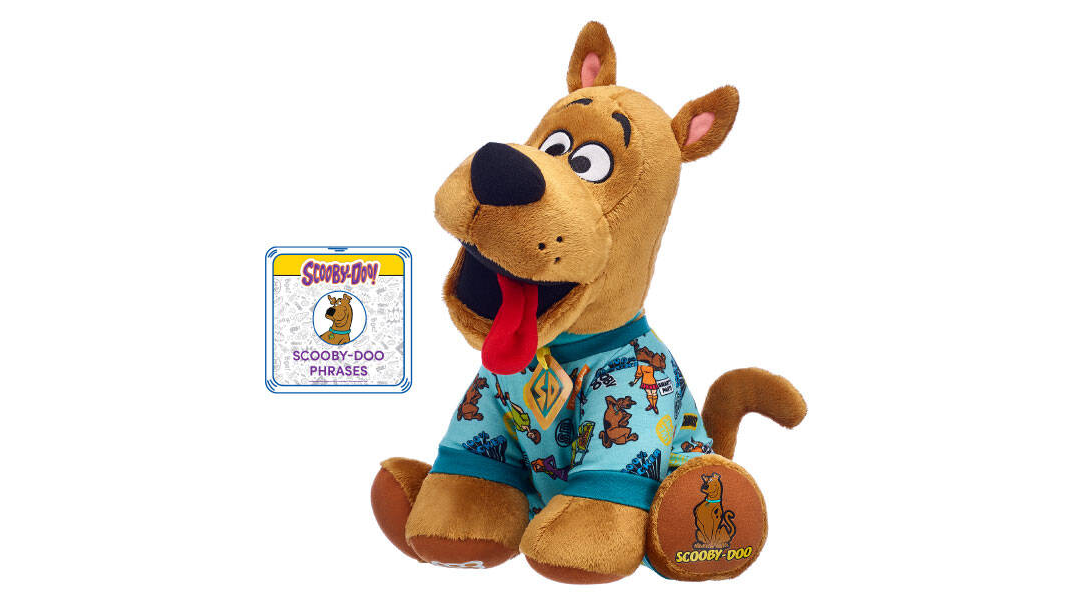 Just in time for the premiere of the new movie Scoob! on May 15, Build-A-Bear Workshop released an adorable Scooby-Doo stuffed animal. While the plush doesn't appear to be associated with the new movie (the plush says “Scooby-Doo" on its foot, rather than "Scoob!"), the timing is still pretty perfect.

Currently, Build-A-Bear’s Scooby-Doo plush can only be purchased in a Gift Bundle on Build-A-Bear’s website (the company’s real-world stores remain closed as part of the ongoing COVID-19 pandemic).

The bundle costs $49.25, and it includes the 13-inch Scooby-Doo plushie, a Scooby-Doo Sleeper (pajamas with a fun Scooby-Doo print), the “Scooby-Doo Phrases” sound module, Scooby’s birth certificate, and a cub condo, the cardboard box you can normally take your new friend home in when visiting a Build-A-Bear store. The Scooby-Doo Phrases sound module will be placed inside of the plush so that it will say different phrases each time it’s hugged.

Finally, if you purchase the bundle, Scooby-Doo will come undressed so that kids (and adults) can enjoy the fun of dressing him up themselves.

Even though Build-A-Bear’s stores have been closed for some time, this hasn’t stopped the company from releasing lots of new cuddly friends that you can order online. In addition to Scooby-Doo and Stitch, Build-A-Bear also recently released Baby Yoda and a collection of plushies inspired by DreamWorks’ Trolls World Tour.

What do you think about this Scooby-Doo stuffed animal? Let us know in the comments, or tweet us at @superparenthq.