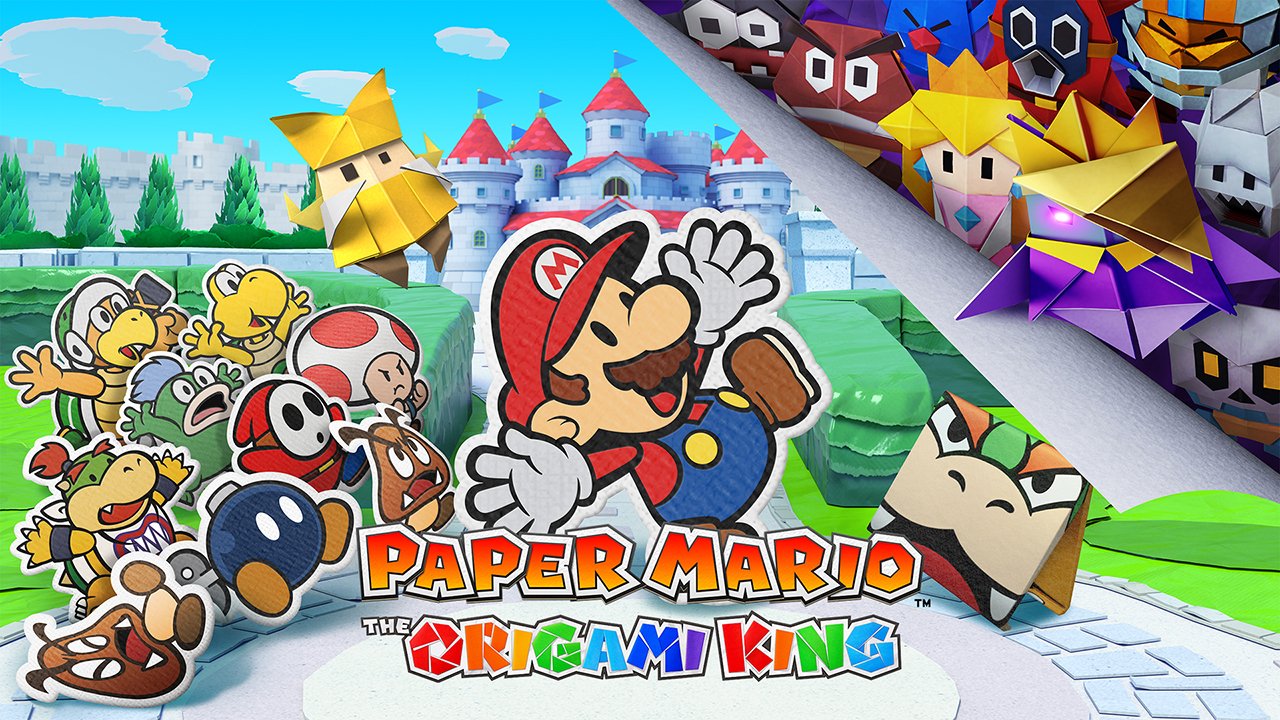 The first game in the popular Paper Mario series was released on Nintendo 64 in North America in 2001. The most recent game in the series, Paper Mario: Color Splash, came to Wii U in 2016. Now, a new game in the paper-themed franchise is coming to Switch this year.

Paper Mario: The Origami King will challenge you to help Mario rescue Princess Peach and defeat the nefarious King Olly, who wants to “re-fold the world.”

The Origami King takes place in a world that’s made of paper. That is, while the game will allow you to explore environments that have depth and defined shapes, those shapes are made out of flat and folded paper (for instance, a cliff face may be made of folded tan paper, while grass is made of green paper). Even Mario and the enemies you’ll face off against are made out of paper.

In The Origami King, players will be challenged to defeat enemies in turn-based battles that are part of a new “ring-based battle system.” According to a press release about the game, this system will allow you to “flex your puzzle-solving skills to line up scattered enemies and maximize damage.”

Mario will also have some new abilities to play around with. For example, Mario’s 1,000-Fold Arms ability will allow you to interact with the environment in certain locations by physically peeling back a layer of paper to see what’s underneath.

Paper Mario: The Origami King is expected to launch on Switch on July 17 for $59.99. The game is rated E for Everyone by the ESRB. It’s available to pre-order now on Nintendo’s website.

Are you excited to play this new Paper Mario game? Share your thoughts with us in the comments, or tweet us at @superparenthq.