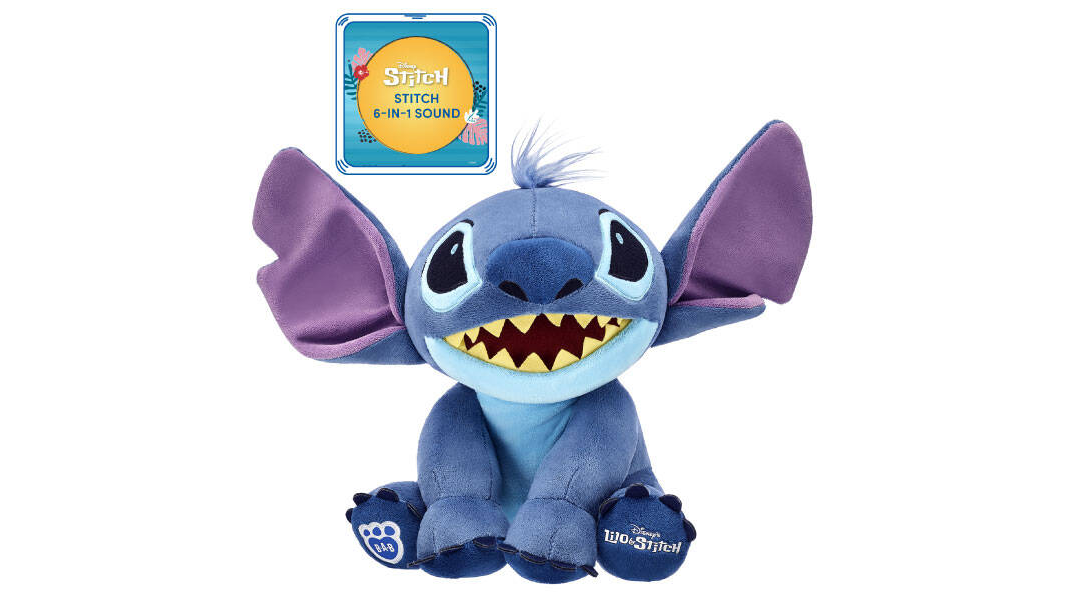 Disney’s Lilo & Stitch was released in 2002. It introduced moviegoers to a loveable blue alien named Stitch, who has remained a popular character in the many years since the film’s original release.

Now, Build-A-Bear Workshop is giving fans a new way to celebrate this cuddly cutie with a new Stitch plushie.

The Stitch stuffed animal is available on Build-A-Bear’s website as part of a “Disney Stitch with Sound” bundle, which costs $40.75. It includes the 12-inch tall Stitch plushie, as well as a 6-in-1 Stitch sound module that will be placed inside the plushie so that it can make noises. You’ll also receive Stitch’s birth certificate and a Cub Condo, the cardboard box that you can normally take a stuffed friend home in when you buy it in a Build-A-Bear store.

While Stitch is available to purchase now, Build-A-Bear’s website says that you’ll need to “[a]llow up to 2 weeks for order processing.”

If you’re looking to add even more stuffed friends to your collection, check out these plushies based on DreamWorks’ Trolls World Tour and Disney’s Frozen 2.

Will you pick up the Stitch plushie for your family? Let us know in the comments, or tweet us at @superparenthq.