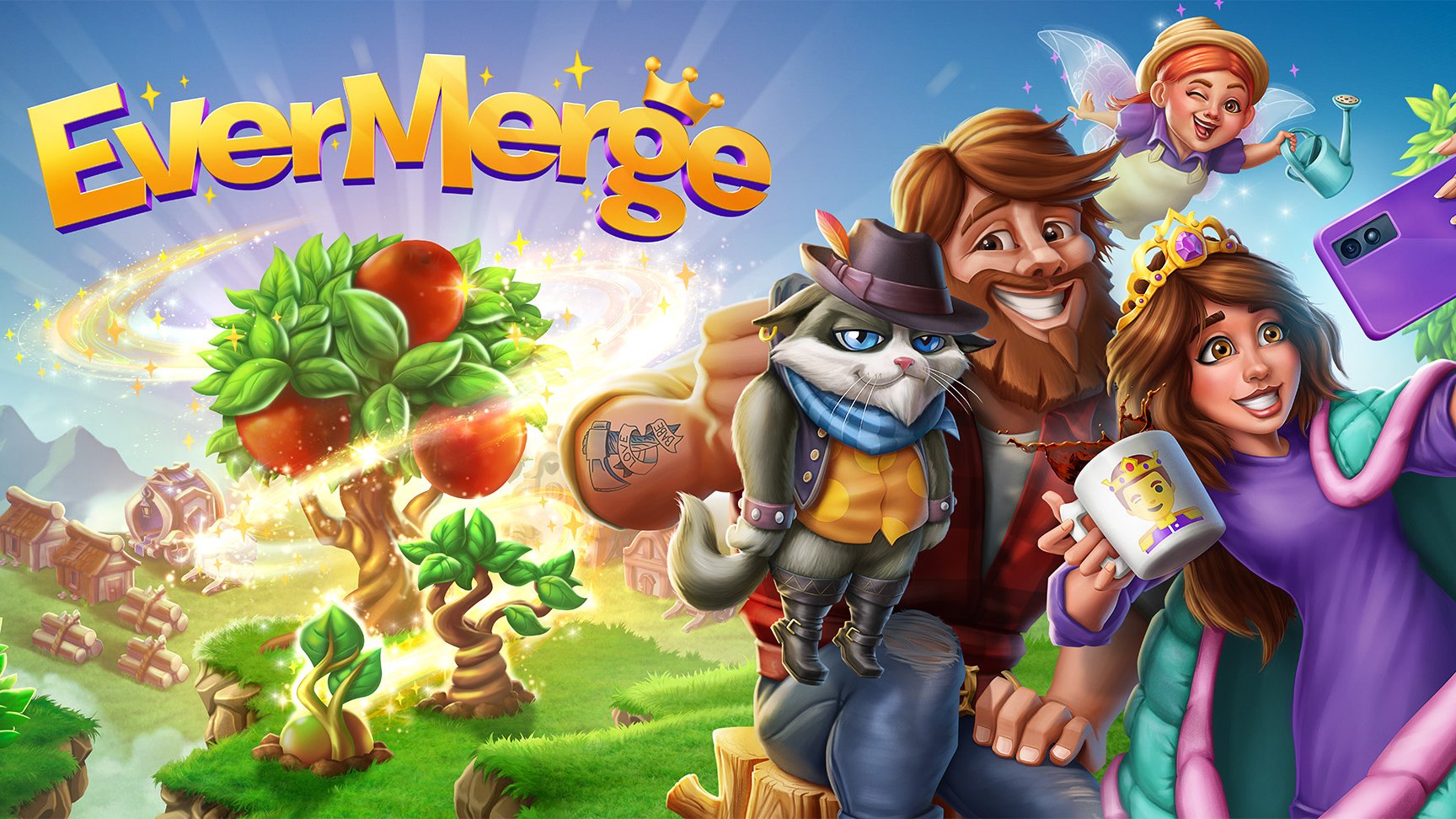 EverMerge is a new free-to-play mobile game from Big Fish Games, the company behind mobile games like Fairway Solitaire and Cooking Craze. In EverMerge, you’ll travel to a cursed fairytale land that has been covered in fog. You’ll need to help Sleeping Beauty clear the fog and bring more fairytale characters back to the land.

The gameplay in EverMerge is very similar to that of Merge Dragons or Merge Magic. That is, the game gives you a variety of base materials, like logs and stones, and asks you to drag three matching items on top of one another to merge them into something new. For example, you can drag three logs onto one another to create a load of timber. Timber can be merged into the wooden framing for a house, and so on, until you’ve eventually reached the end of a merge line.

Early on in the game, you’ll recruit two gnome workers who will need to interact with items to build them or collect resources from them. These building and collecting tasks take time to complete, or you can skip the timer using premium currency (that isn’t the only way to spend money in the game).

In addition, you’ll need to spend energy points when you want gnomes to collect resources. You have a limited number of energy points available to spend at any one time, and when they’re gone, you’ll either need to wait for the points to recharge, or spend coins, the game’s free currency, to purchase energy instantly.

Finally, as you play, you can collect special crafting materials, like candy and wheat, which characters like Sleeping Beauty and Puss in Boots can use to create items that can help you clear the fog.

EverMerge is available to download for free on iOS and Android devices. The game is rated 9+ on iOS and Everyone 10+ on Android. The game’s storyline is presented through text, rather than voice acting, so younger players may need help following along. In addition, early on, the game’s text makes reference to - but doesn’t actually say - a swear word. You can see that encounter in our video below.

Check out the first 12 minutes of EverMerge in our SuperParent First Look below to see the game in action.